Dan Straughan, executive director of the Homeless Alliance stands in their day shelter in Oklahoma City during lunch. If the Medicaid work requirements are approved, it will mean more administrative costs for non-profits like his, which connects homeless families to services. 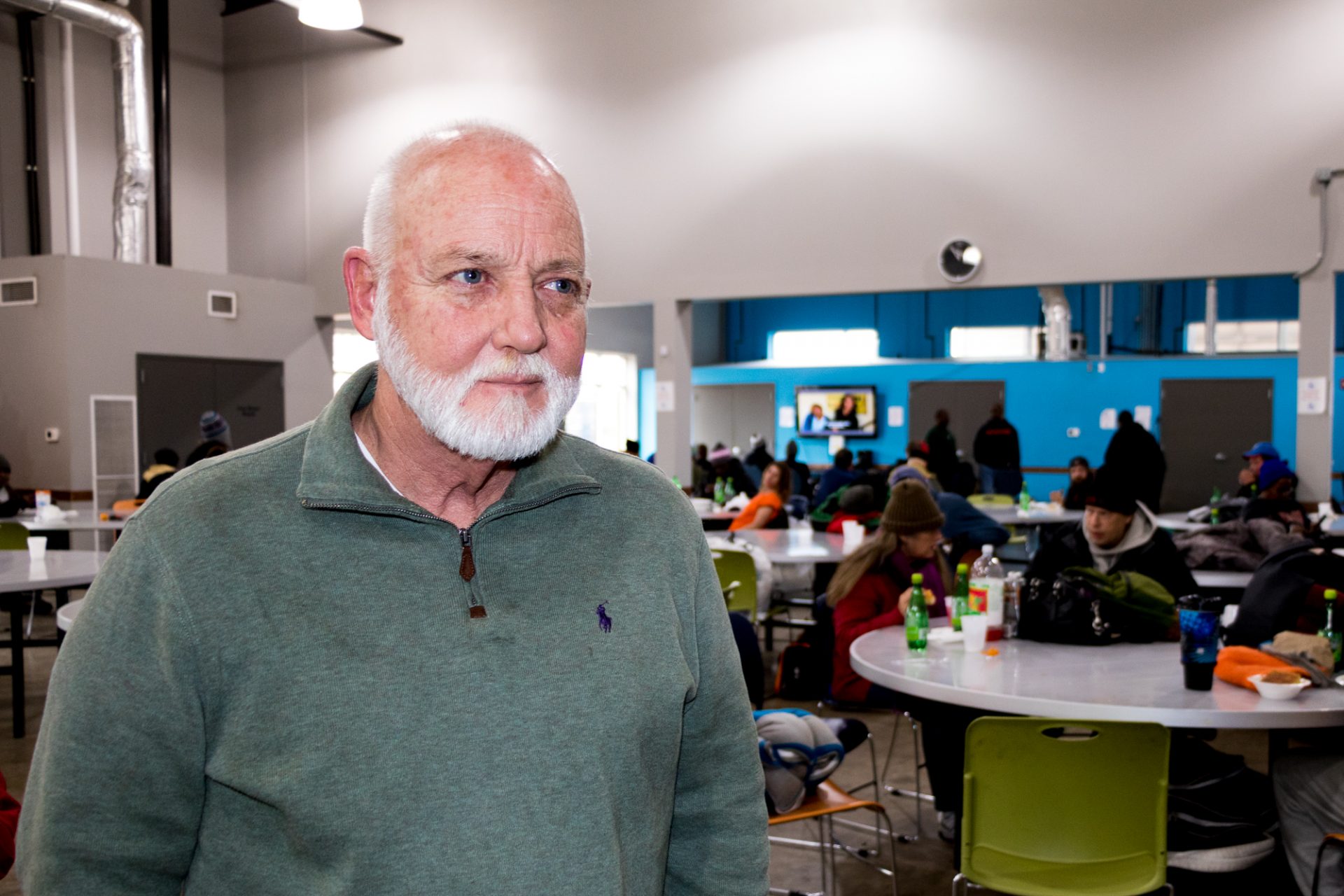 Dan Straughan, executive director of the Homeless Alliance stands in their day shelter in Oklahoma City during lunch. If the Medicaid work requirements are approved, it will mean more administrative costs for non-profits like his, which connects homeless families to services.

This year the Trump Administration said it would support states imposing “community engagement” requirements on Medicaid. That means, for the first time in the program’s history, states can require people to work a certain number of hours to be eligible for the government health program for low-income Americans.

Before they can issue work requirements, states have to apply and be approved for waivers from the Centers for Medicare and Medicaid Services.

Last spring, Oklahoman Republican lawmakers rallied and quickly drafted a bill that sailed out of committee and handily passed both houses.

Gov. Mary Fallin even issued an executive order, and in December 2018, Oklahoma became the 11th state to ask the federal government to sign off on Medicaid work requirements.

Unlike the five states approved so far, Oklahoma has not expanded Medicaid. The state already has some of the strictest eligibility requirements in the country. A family of three — two parents and one child — become ineligible if they earn more than $9,343 a year. The only non-elderly adults without disabilities on Medicaid in Oklahoma are poor parents or caregivers.

“A single mom with older kids is probably the typical person as I understand it, who would be impacted by this work requirement,” said Rick Snyder, vice president of finance with the Oklahoma Hospital Association. “It may be a social philosophy of some that everybody ought to work and do their fair share, the reality is somewhat different than that.”

Although Oklahoma’s work requirements include exemptions for those who are elderly, disabled or pregnant, among others, the new policy could put thousands of low-income adults at risk of being dropped from Medicaid. Snyder said uninsured people often end up in the emergency room for routine care, which hospitals are required by federal law to provide. That drives up health care costs for everyone, even people with insurance.

“Folks need care, and we provide care, and there’s no payment for the care, that’s a cost that ends up getting passed on to people who have group health insurance or individual health insurance and that results in high health care prices,” Snyder said. “Rural Oklahoma hospitals are on average significantly in the red, losing money on operations and any loss of coverage is just going to make that worse.” 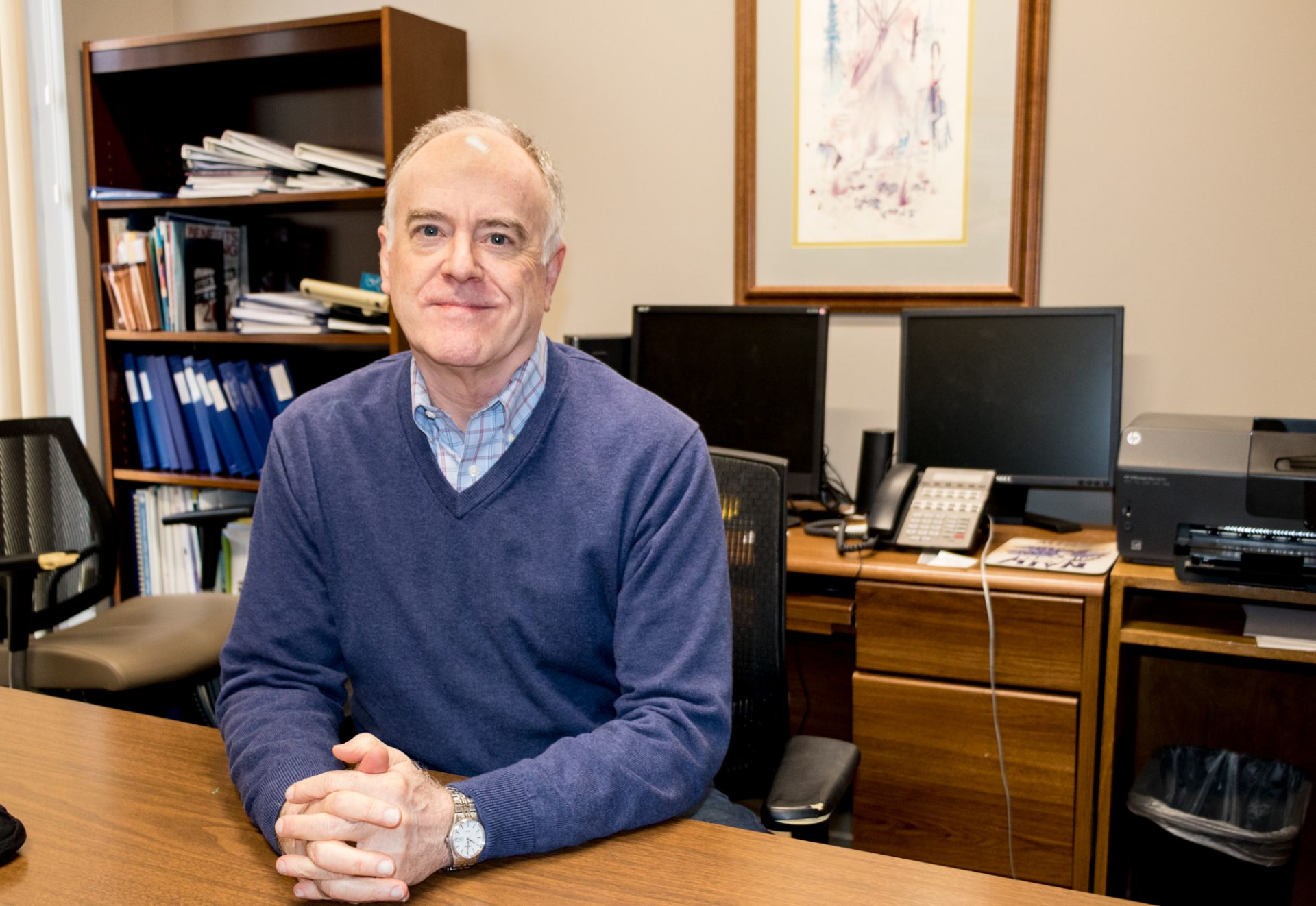 States have set up different rules on how many hours a month Medicaid enrollees must work or volunteer — and who is exempt.

In Oklahoma, non-disabled adults would be required to work, volunteer or go to school for 80 hours a month, or risk losing their government health insurance.

People younger than 19 and older than 50 would be exempt, parents of children younger than 6, people in addiction treatment and those who can prove they have a disability. Medicaid recipients could also apply for a “good cause” exemption, which the application states, “will be reviewed and determined on a case-by-case basis.” Cues for a “good cause” exemption will be taken from a similar exemption in Oklahoma’s food stamp program, where, if a person falls under the required number of hours, but it wasn’t their fault and they still have their job they won’t be disqualified from the program.

Many Oklahomans on Medicaid who qualify for an exemption will have to refile annually with the state Health Care Authority. The agency will have to verify monthly if the hours reported by those working or volunteering qualify, and if they don’t have enough or are the wrong type, take action.

Some states, including Oklahoma, are asking for permission to exempt Native Americans from their proposed work requirements. But officials at the National Indian Health Board say that may be moot since federal officials can reject parts of the applications.

The Trump administration contends the tribes are a race rather than separate governments, and exempting their members from Medicaid work rules constitutes illegal, preferential treatment. Tribes have threatened legal action if their members are included, but the issue remains unresolved.

Native Americans have the highest uninsured rates nationally and in Oklahoma, and the state ranks near the bottom for children with health insurance coverage.

How many Oklahomans will be affected?

Reporting worked hours has been a sticking point in Arkansas, the only state with active work requirements. To date, nearly 17,000 people in Arkansas have lost health coverage, and many advocates blame a lack of communication with Medicaid members about the existence of the program, coupled with limited internet access.

The Oklahoma Health Care Authority reached out to 400 people it determined may be impacted if the work requirements are approved, conducting a phone interview to ask about their access to reliable transportation and childcare. Just 18.5 percent responded.

Arkansas has more people on Medicaid because it expanded the program under the Affordable Care Act; Oklahoma has not, and has fewer people in its Medicaid program. But nowhere in Oklahoma’s application do officials estimate how many people will be affected if the work requirement is approved. StateImpact Oklahoma asked for more information, but Oklahoma Health Care Authority officials declined to elaborate.

“It’s deeply concerning to me that the Health Care Authority can’t put a number on that in the application. It just flat says, we don’t know how many people it will affect,” said Dan Straughan, executive director of the Homeless Alliance in Oklahoma City.

If the work requirements are approved, it will mean more administrative costs for nonprofits like his, which connects homeless families to services.

“Well I voted ‘yes’ on this bill because when you look up at the board, the last thing that you want to see is that you are one of the only Republican Senators who was voting no,” he said. “All the Republicans voted ‘yes.’”

Sharp said he still has concerns about how single parents subject to the work requirement will pay for expensive childcare while they are completing their mandatory hours. But, he said, the state Legislature may rethink the policy when it reconvenes in February.

“There’s no doubt in my mind that the Legislature has shifted to a more centralistic ideology, so we’ll have to see how these new legislators look upon all this,” he said.

Another new factor is the price tag: The Oklahoma Health Care Authority estimates the program will cost $1.7 million to create and run for the first year. The state will have to pay for about half of that — around $865,000, which the agency asked for in its upcoming budget.

“Further, longitudinal studies have found that these effects of unemployment exist regardless of any pre-existing health conditions,” it states, citing a Robert Wood Johnson Foundation issue brief from 2008.

“I think to cite this brief as an unqualified statement that work is good for your health is misquoting it. It’s a gross distortion of what the brief is about,” said Paula Braveman, a professor of family and community medicine and director of the center on social disparities in health at the University of California, San Francisco.

Braveman is one of the authors of the Robert Wood Johnson Foundation issue brief. She didn’t know it had been cited in Oklahoma’s work requirement application until she was informed by StateImpact.

“We mention the literature that shows that work can be good for your health if it’s work where you have sufficient autonomy, decision-making latitude, and which you’re not exposed to physical hazards and toxic materials,” she said. “But we also make it clear that there are many aspects of work that are harmful to health, and low-income people are disproportionately occupying the jobs that are hazardous to your health, for example, if you don’t have health insurance.”

She said the brief is about people who become unemployed, meaning those who lost work and doesn’t apply to people who may be working inside the home as a parent or caregiver.

“The point they are trying to make is, ‘Work is good, period.’ With no qualifications. It is the same reasoning involved in going from ‘work can have beneficial health effects’ to saying slavery is good. It’s the same reasoning,” she said.

The federal government is currently reviewing the state’s application. If it’s accepted, the public will have 30 days to weigh in before it’s finalized.