Energy companies use portable pumps, like this one alongside a road in Kingfisher County, to transport fresh and produced water to and from oil-field sites through temporary pipelines. 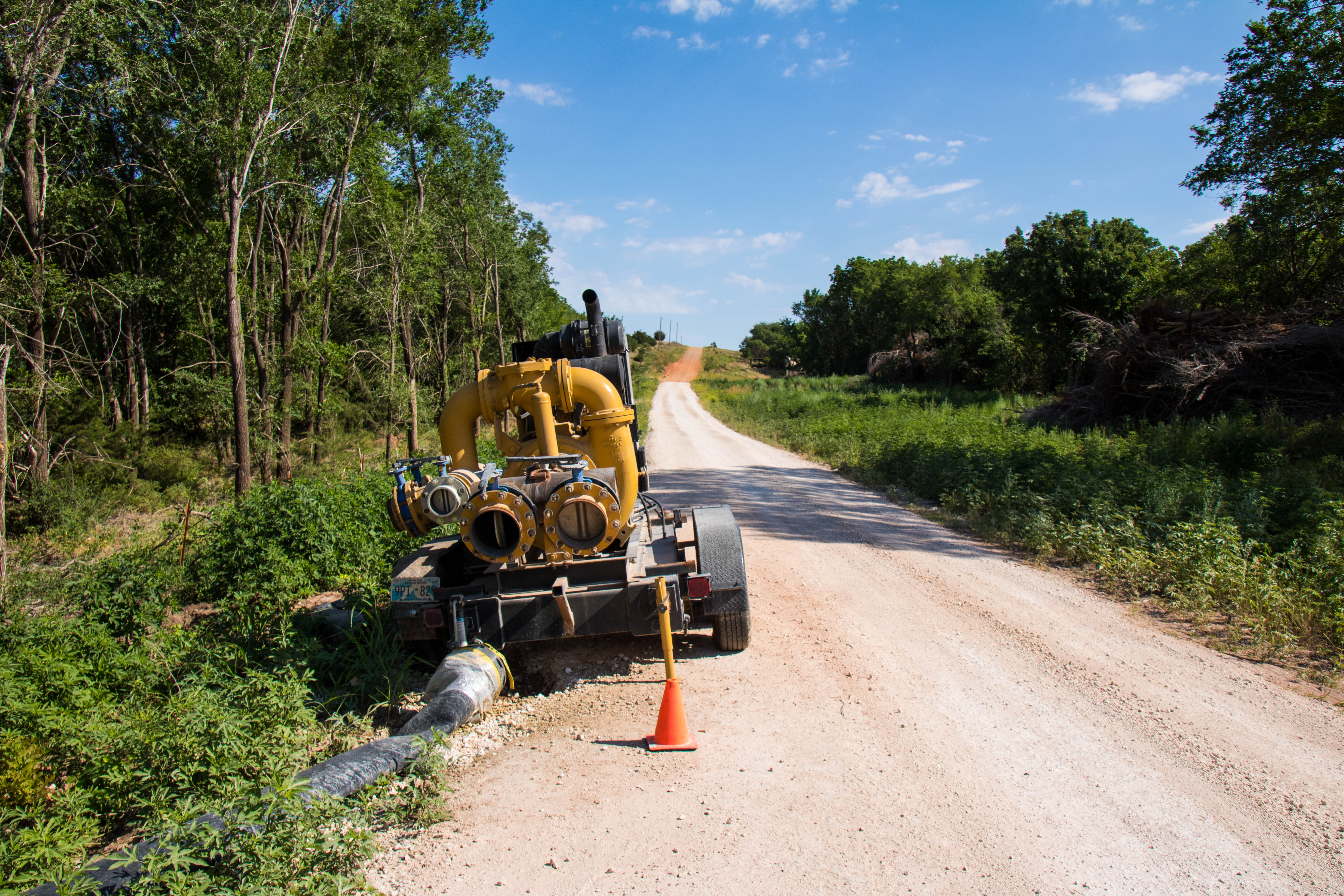 Energy companies use portable pumps, like this one alongside a road in Kingfisher County, to transport fresh and produced water to and from oil-field sites through temporary pipelines.

The Oklahoma Supreme Court on Tuesday sided with the energy industry, ruling against officials in Kingfisher County who blocked companies from using temporary lines to transport produced, treated or recycled water in one of the state’s hottest oil fields.

Oil companies said the ban was expensive and unnecessary and could worsen truck traffic and force drillers to use fresh water instead of recycled oil-field water for hydraulic fracturing.

The Oklahoma Oil and Gas Association filed a lawsuit in August, arguing the ban was unreasonable and challenged the commissioners’ authority to regulate the water lines.

The chief legal counsel for the Oklahoma Corporation Commission, the state’s oil and gas regulator, agreed with that argument in a legal opinion and cited a 2015 law that crimped local governments’ ability to prohibit oil-field operations.

Oklahoma’s high court agreed. In a 6-3 ruling and order, justices voided Kingfisher County’s water line ban and said the Corporation Commission has “exclusive authority” to regulate the transportation and storage of oil-field water.

The oil and gas association — which recently merged with the Oklahoma Independent Petroleum Association — said the decision was an important clarification for oil and gas companies that would help ensure “much-needed certainty and uniformity” across the state.