A temporary water line placed by an oil company in Custer County. 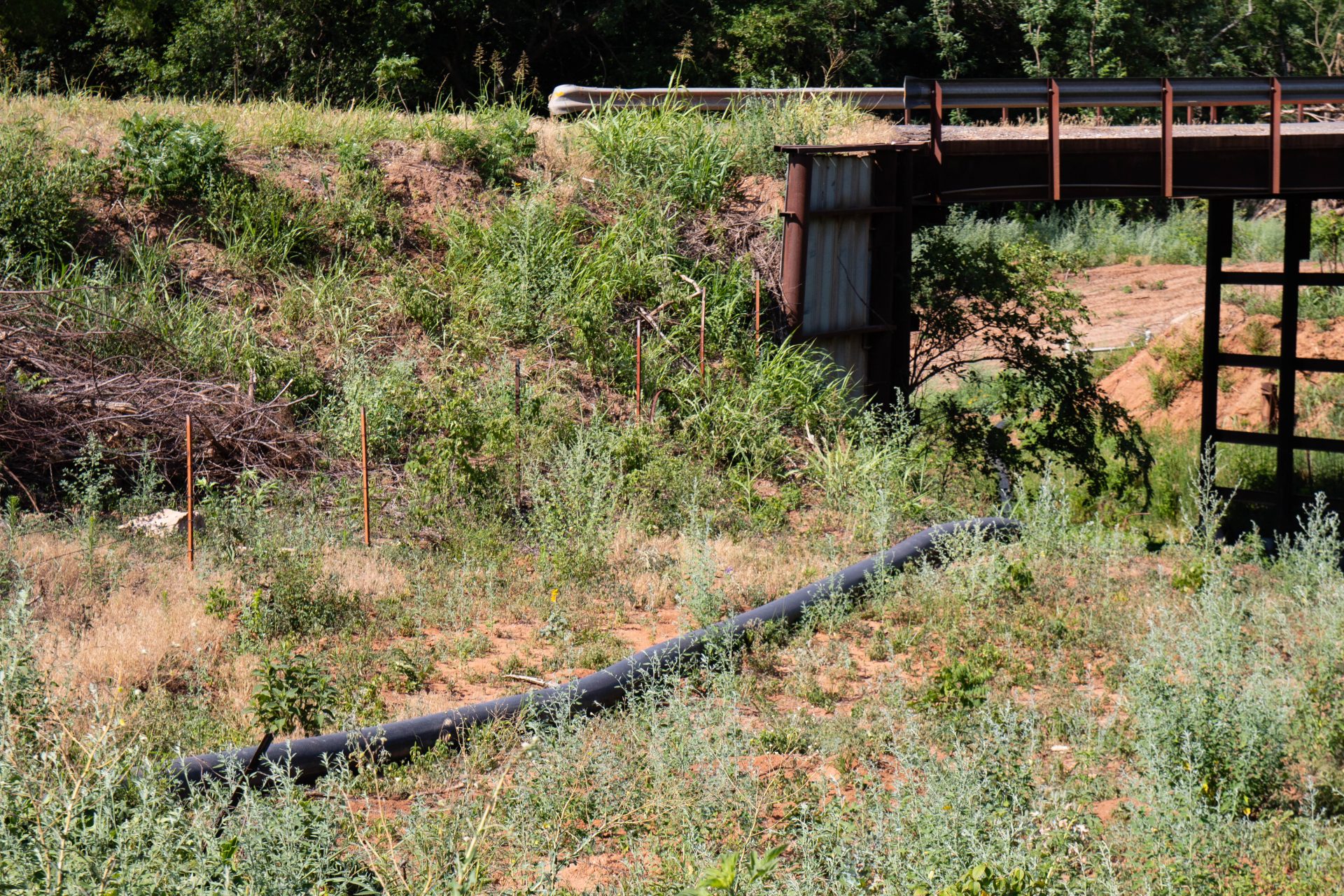 A temporary water line placed by an oil company in Custer County.

The Oklahoma Oil and Gas Association on Tuesday sued Kingfisher County Commissioners, the latest salvo in a long-simmering fight over water use in one of the state’s most prolific oil fields.

The lawsuit centers on temporary pipes that energy companies lay in ditches alongside county roads to pump water to drilling sites to frack wells, a practice that has drawn the ire of landowners and local officials in other parts of the state.

In the spring, Kingfisher County Commissioners stopped issuing permits for pipes transporting oil-field wastewater amid worries about liability and residents’ concerns that leaks could wreak environmental havoc, and approved only freshwater pipes placed in county easements.

Oil companies, individually and through OKOGA, pushed back, saying the ban would add unnecessary costs, increase truck traffic and worsen other environmental concerns by forcing drillers to use fresh water pumped out of local streams, ponds and lakes instead of reusing oil-field wastewater.

The lawsuit in Oklahoma’s Supreme Court asks for an injunction to block Kingfisher County’s ordinance, arguing it unreasonably limits what is common industry practice, and challenges the commissioners’ authority to issue such a rule. Attorneys for OKOGA say the state, through the Corporation Commission, has exclusive jurisdiction to regulate how oil-field water is transported.

The chief legal counsel for the Oklahoma Corporation Commission in May wrote a legal opinion that echoed that argument and pointed to a state law passed in 2015 to limit the ability of local governments to enact measures limiting oil and gas activity.

Kingfisher’s County Commissioners have not filed a response in court and did respond to requests for comment.