Stanley Barby shows off some of the best places to find prairie chickens on his ranch in the Oklahoma Panhandle. 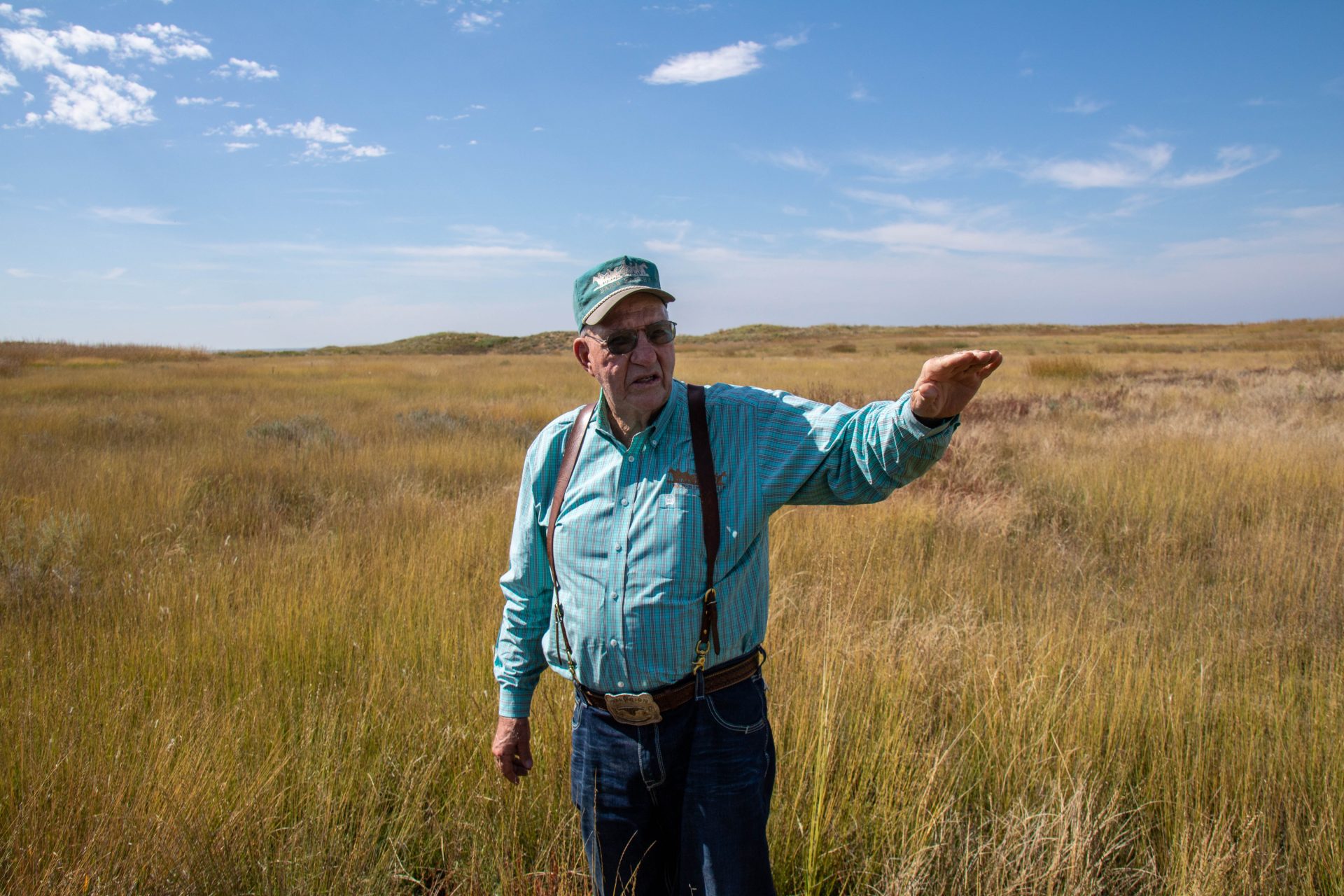 Stanley Barby shows off some of the best places to find prairie chickens on his ranch in the Oklahoma Panhandle.

The silhouettes of a few old oil wells and barns flanking Stanley Barby’s ranch house fade quickly after a short drive down a narrow path in prairie grass tall enough to swat a pickup truck’s side mirrors.

Today, the Barby Family owns an ocean of grass in Oklahoma’s Panhandle. The scrubby sandhills are the same ones that greeted Barby’s great-grandfather before statehood when he started what would become a 40,000-acre ranch in a region dubbed No Man’s Land.

No Man’s Land, it turns out, is also a great home for a lesser prairie chicken —  a finicky bird struggling to thrive in increasingly fragile western grasslands.

“It’s fun to watch ‘em,” Barby said. “Sometimes they fly, sometimes they don’t. But if they fly they won’t go very far.”

It’s getting harder to spot the grey and brown grouse, which is celebrated by bird nerds for the elaborate and fleeting song and dance male members of the species perform to woo mates in the spring.

Lesser prairie chickens are also considered an indicator species representing the overall health of grasslands, which are increasingly fragmented and slowly vanishing. 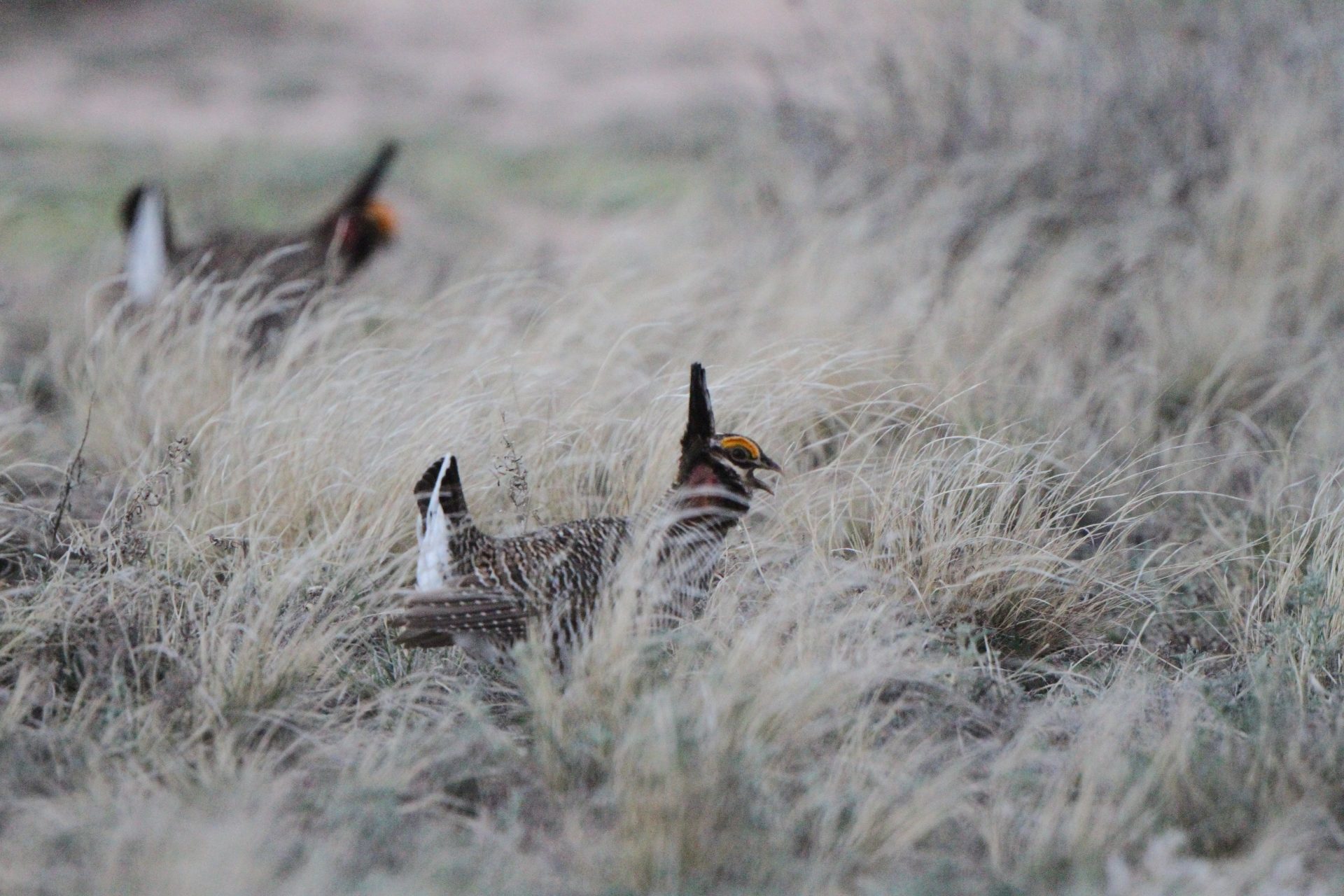 The U.S. Fish and Wildlife Service is once again considering whether to use the Endangered Species Act to protect the lesser prairie chicken.

The first petition to use the federal law to protect the bird was filed in 1995. Federal wildlife officials in 1998 determined the prairie chicken met the requirements for listing but opted to focus the agency’s limited resources on protecting higher priority species.

The effort was rekindled in 2012 when U.S. Fish and Wildlife proposed listing the bird as a “threatened” species, which prompted pushback from state wildlife officials and business groups who worried such a designation would mean major hassles for landowners and industry.

In response, Oklahoma and its four neighbors collaborated on a Range-wide Conservation Plan, a partnership through the Western Association of Fish and Wildlife Agencies designed, in part, to steer federal officials away from an endangered species listing.

Under a plan designed to roughly double the prairie chicken population to 67,000 over a decade, companies voluntarily agreed to restrictions and paid fees that go to landowners who preserved habitat for the birds. In return, companies were protected if the lesser prairie chicken became a protected species in the future.

And it came in handy.

Around the same time, oil prices plummeted. Without a looming endangered species threat, energy companies that once flocked to the voluntary insurance program bailed.

“It’s been significant,” said Strong, who also serves as an officer for WAFWA. “We’ve seen 75, 80 percent decline from year one in terms of the number of companies that are participating in the program.”

Christian Hagen, an Oregon State University professor who researches prairie chicken conservation efforts, says the bird and its habitat have shown positive signs in recent years — in particular, improving numbers after the devastating drought eased in 2013.

“Now the question is if we don’t suffer another horrendous drought and the conservation actions continue,” Hagen said, “will we be able to achieve the goals that have been set forth in the Range-Wide Plan?”

Hagen said it’s too early to know for sure whether conservation efforts are working, or whether the Endangered Species Act listing and subsequent delisting had much of an effect.

“It took us at least 150 years to get to where we are,” he said. “Rebuilding things is often a slower process than tearing them down.” 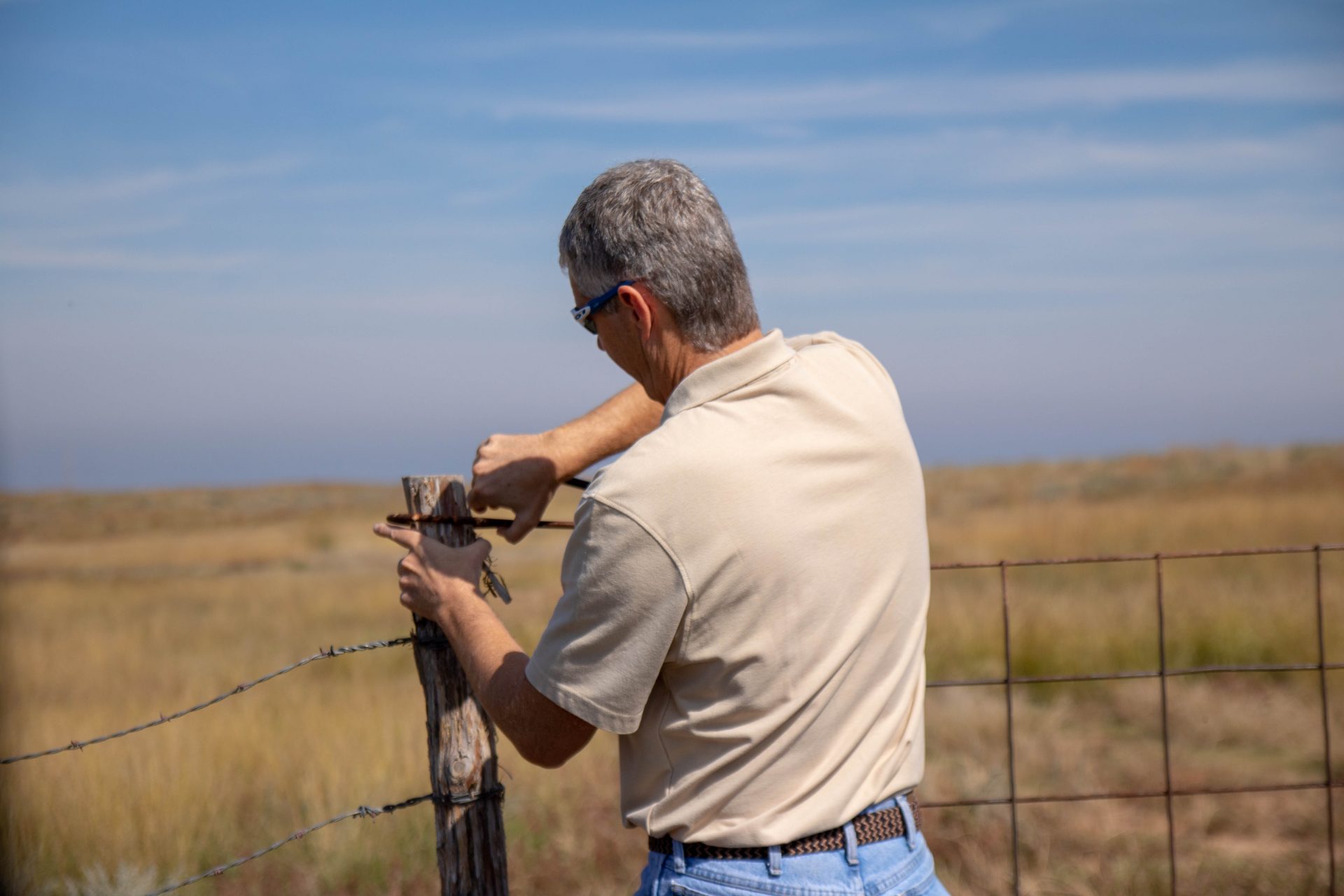 Many of the factors that led to its threatened listing in 1994 haven’t changed much, but the process is now overseen by an administration that has moved to weaken the Endangered Species Act and the U.S. Fish and Wildlife Service has been without a permanent director since President Trump took office in 2017.

Some environmental groups and landowners say the lesser prairie chicken won’t rebound and meet population restoration goals unless Oklahoma and its four neighbors make changes to the WAFWA conservation plan. A key part of the challenge is unlike some at-risk species that live on public land, the prairie chicken’s habitat is almost entirely privately owned.

Walker said the WAFWA conservation plan doesn’t pay enough to lure landowners to sign permanent contracts promising their land will never be developed. A WAFWA representative did not respond to StateImpact’s interview requests.

“It basically says, ‘Hey we’re going to pay X-amount per acre, take it or leave it.’ And that’s not enough money to get the best stuff,” Walker said.

“It’s a good program for small tracts, but it’s not favorable to me,” he said. “With a considerable amount of property that has the good habitat, it’s worth more money.”