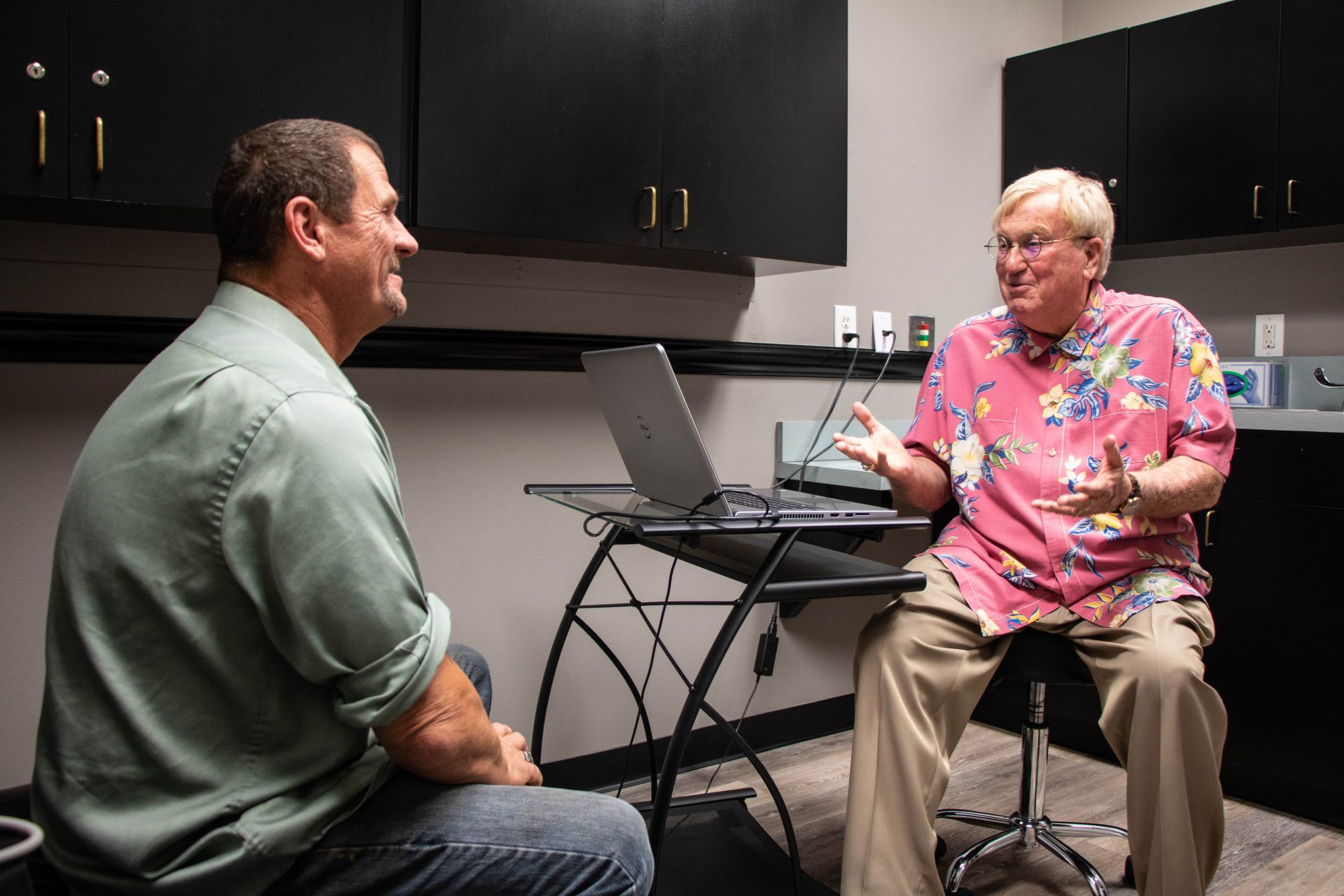 William Yarborough walks across the hall from his office to an exam room. His Hawaiian shirt and matching khaki pants aren’t the typical doctor’s garb.

As he opens the door, the informality is reflected in the Oklahoma Pain and Wellness Center’s,grey-and-white exam room where Richard Potts sits on a black leather chair — instead of an exam table — waiting to talk to him. What follows is a conversation that Yarborough estimates he has about 20 times a day at the after State Question 788 passed in June.

“Dr. Yarborough, do you think the medical marijuana would help, not the pain, but the muscle spasms and stuff?” Potts asks.

“Well I can’t really say for sure, one way or another since we don’t really have the studies,” Yarborough said.

Why some doctors are wary

To get a medical marijuana license in Oklahoma, patients need a recommendation from their doctor — paperwork attesting that, in their medical opinion, a patient would benefit from the drug.

So far, 38 physicians have registered with the Oklahoma Medical Marijuana Authority to help streamline the process for their patients who apply for licenses. Doctors aren’t required to register to recommend medical marijuana, and Yarborough, like many Oklahoma doctors, isn’t sure yet if he will.

“Physicians are really leery about this sort of thing,” he said. “More so than they were 10 years ago. And more so than maybe they will be 10 years from now when it sort of settles out.”

Oklahoma is one of the few states that have no specific diagnosis listed in medical marijuana regulations, leaving it up to doctors to suss out who are serious medical patients and who are thinly disguised recreational consumers.

At the Stillwater Medical Center, OBGYN Prasanna Fernando says the health industry shift toward giving patients what they want, a practice thought to have fueled the opioid crisis, is in the back of many doctor’s minds when they consider medical marijuana.

“How much are we doing just to satisfy our patients? If a patient came to me and said, ‘You know what, doc, I want medical marijuana, I think that’s going to help me.’ Once upon a time we would have said, ‘Absolutely not, we’re going to go through steps A, B, and C before we get to that last recommendation, which is medical marijuana.’ Well, right now we don’t know where that fits,” Fernando said.

Aggressive regulations on physician prescribing, followed by high-profile cases of doctors facing criminal charges for patient deaths related to opioids has made Oklahoma doctors fear a backlash if they recommend the drug. The breakneck speed of rule changes and implementation of the medical marijuana program, coupled with the ambiguity surrounding enforcement has many doctors throwing up their hands. Fernando says clarity from the Oklahoma Medical Board, which oversees medical doctor’s licensing, would help.

“The last thing you want to be is that renegade physician that’s trying to do something when your board is not behind it,” he said. 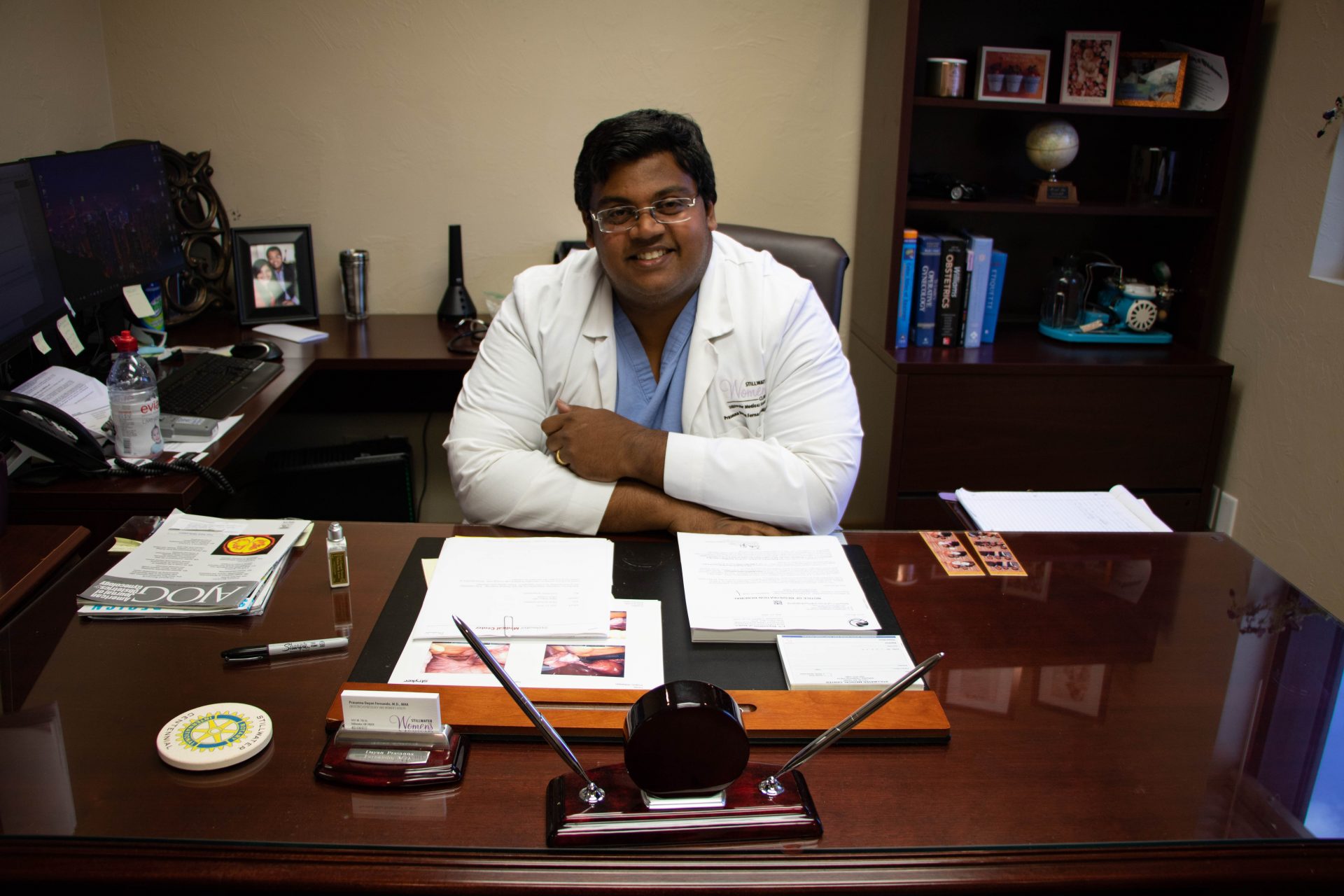 Dr. Prasanna Fernando, at his office at Stillwater Medical Center.

Only medical doctors and doctors of osteopathic medicine can recommend medical marijuana in Oklahoma. Neither of the two professions’ boards has released any guidelines for physicians. And they aren’t planning to, says Lyle Kelsey, director of the Oklahoma Medical Board.

“With all of the controversy and all of the changes and those kinds of things, I think we decided to stand back and see how things flush out, and then see what the role of the board would be, if any, on that topic,” he said.

The board is restricted by state law, and Kelsey said its priority is protecting the public.

“The things that we do, as far as guidelines and policies and those kinds of things, help protect the patient from errant practice, as they would hopefully help the physician not to do something to injure a patient,” Kelsey said. “In that way, it’s helping them to kind of say, ‘If you do these things, you should be OK.’”

Kelsey said the medical board works off complaints, and until it receives one regarding medical marijuana, he’s not sure how it will play out.

The Federation of State Medical Boards, which represents almost all such boards nationwide, including Oklahoma’s, published guidelines in 2016. The 10 recommendations include having an ongoing relationship with patients and drafting a treatment plan and timeline. The federation also recommends looking at a patient’s mental health and substance dependence histories.

Many of the recommendations are similar to the Oklahoma State Department of Health’s guidelines.

Is medical marijuana worth it?

At his Tulsa practice, William Yarborough says physicians are wondering if the state will audit doctors who recommend marijuana the way regulators are investigating opioid providers suspected of overprescribing. To him, it’s another reason to avoid a potential regulatory headache.

“You’re not going to get paid more for doing this,” he said, “And you’re going to be accountable possibly, so why would you want to do it?”

“My schedule’s full,” Yarborough said. “I don’t need to market my practice.”