A small herd at B&L Red Angus near Putnam, Okla. 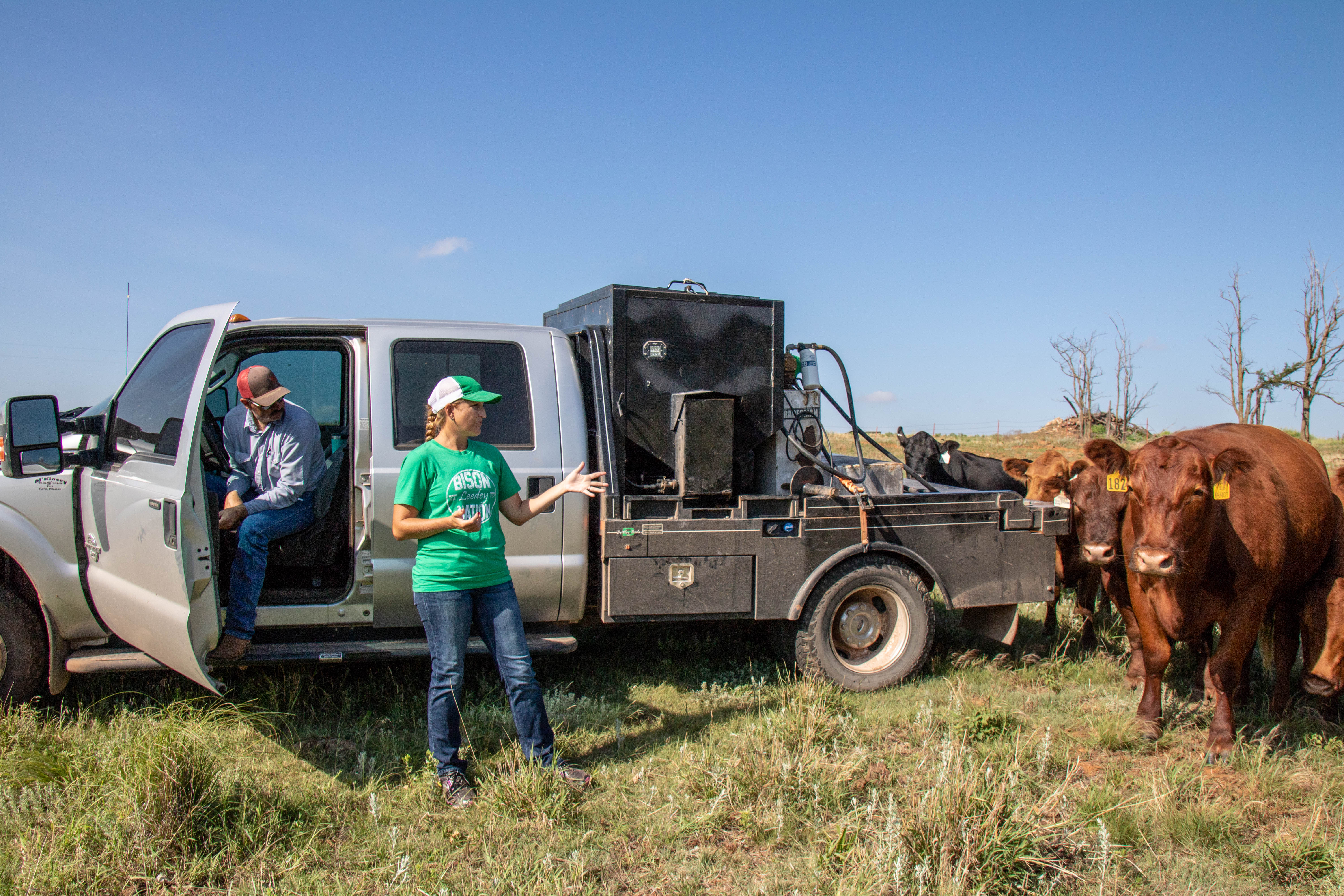 Benji and Lori White in a pasture at their ranch near Putnam, Okla.

Benji White pulls into a field and honks his horn. Before the shifter hits park and the doors close behind him and his wife Lori, the silver Ford pickup is surrounded by dozens of Red Angus eager for a handout of cattle cake, a protein-dense pellet.

“You definitely don’t want to get in the habit of feeding bulls cake out of your hand because that kind of can create some aggression when you don’t feed them,” Lori said.

Red Angus grow rapidly and make well-marbled meat, but Lori said one of the breed’s best qualities is its disposition. “The docility of them is great — the temperament,” she said.

The Whites run 550 head on about 5,000 acres at B&L Red Angus, the family’s seedstock and commercial ranching outfit near the town of Putnam in western Oklahoma. The Whites used to grow wheat and other grains, but they’ve stopped farming to expand the ranching business.

“Farming is kind of a one-shot deal,” said Benji White. “ If you don’t get rain, where we’re completely dry-land, you lose everything. Crop insurance doesn’t really pay for all the expenses.”

Scientists say this shift — from grains to cattle and turning cropland into rangeland — could happen a lot more often.

The American West — appears to be moving east.

“It’s just a steady progression over the last thirty-something years,” said Richard Seager, a climate scientist and professor at Columbia University who lead new research on the 100th Meridian. 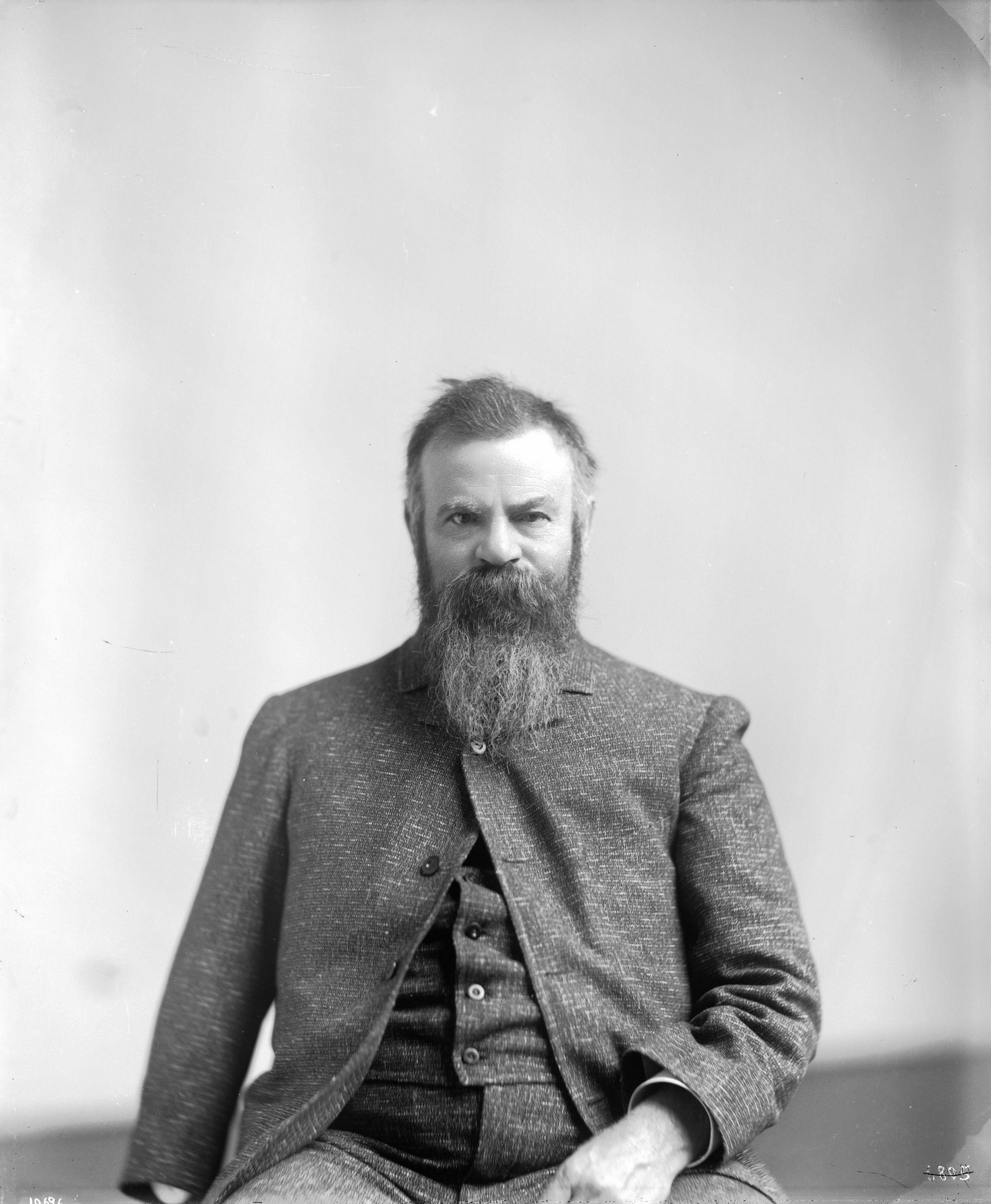 The findings, which published this Spring in the journal Earth Interactions, confirm an idea introduced by John Wesley Powell in the 19th century. Powell suggested the imaginary map line — which runs north from Mexico through Oklahoma and the Great Plains to the Canadian province of Manitoba on its way to the North Pole — illustrates a climate boundary that has influenced how and where people live and work.

Powell, a soldier, scientist and explorer mythologized in American history for leading fearless explorations down the Colorado and Green Rivers, was the first to describe an arid-humid continental split created as the Rocky Mountains block moisture from the Pacific Ocean in the west, and moisture from the Gulf of Mexico and winter storms in the Atlantic soaks the east.

These environmental conditions have had a quantifiable effect on human development, a phenomenon known as psychogeography, which Seager’s team confirmed by compiling data on farms, crops and climate. The research found the 100th meridian long marked a divide that predicted smaller farms in wetter eastern states that often depended on thirsty crops like corn, and wheat and rangeland-focused agricultural operations that had to grow larger to maintain profitability in arid western states. 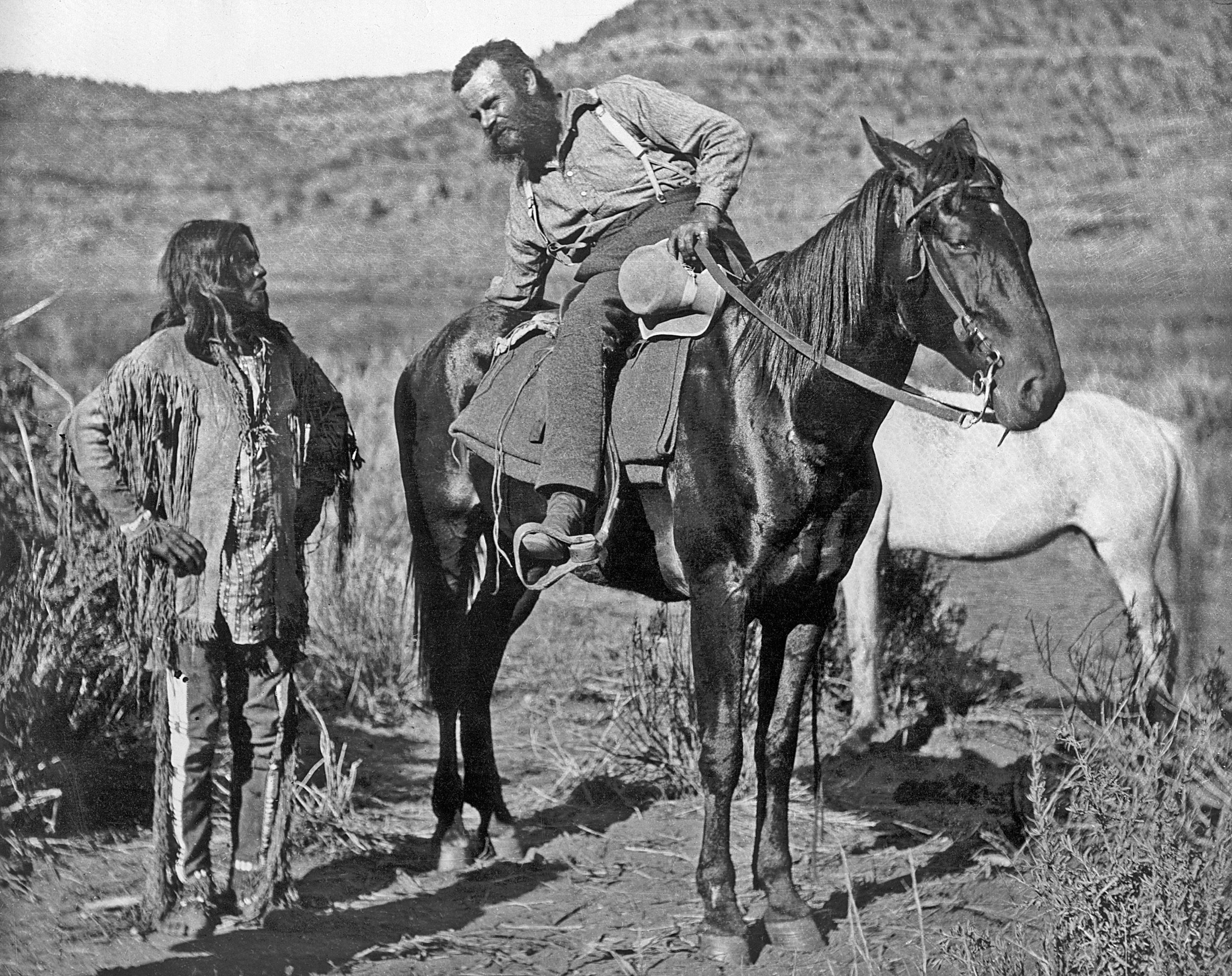 Major John Wesley Powell photographed between 1871-1875 on horseback as he talks to a member of the Paiute tribe about the way to a water pocket at the Kaibab Plateau near the Grand Canyon in northern Arizona.

“That’s partly because of rising temperature, which increases the amount of moisture the atmosphere can take out of the surface, but it’s also part because of projections of declining winter precipitation in the southwest,” he said.

The movement of this west-to-east boundary, which Seager says is likely closer to the 98th meridian, could predict profound changes in farming, ranching and the agricultural economy, including more wheat and less corn, and expensive irrigation in eastern states. “It might require farms to get bigger as aridity increases and land productivity declines,” he said.

Seager warns government could be slow to address the climate shift, which could lead to more fights over water in eastern states, shortages of crops used for biofuels — and economic problems stemming from subsidizing crops that are less viable.

“In 2030, 2035 it’s not going to be the same climate, and what can be grown might require some adjustment,” he said. “Some of that can be anticipated because we have reasonable confidence in these projections of climate change.”

Many farmers, however, might not be able to afford to adapt. 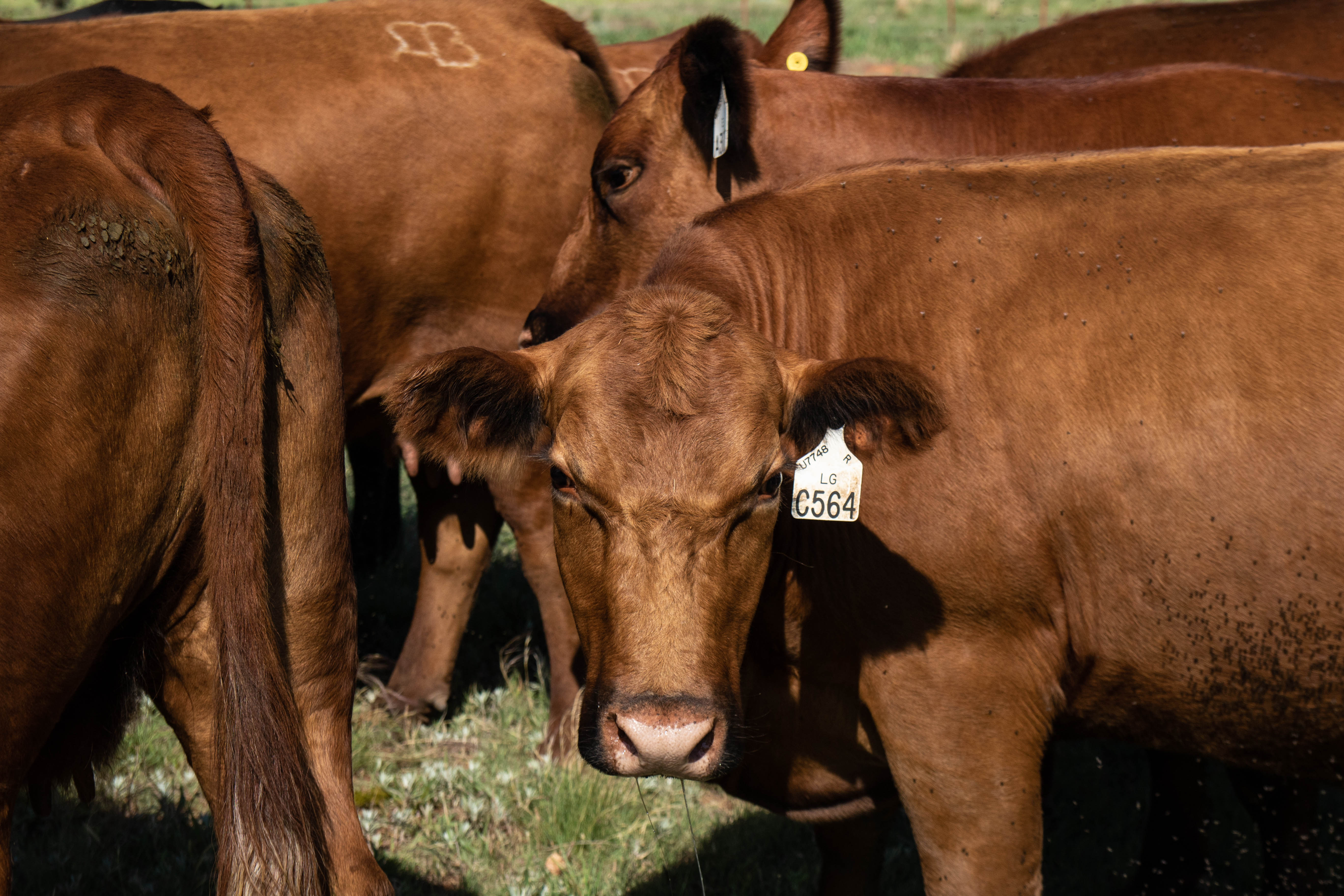 A small herd waits for a handout of cattle cake — a high-protein food pellet — at B&L Red Angus near Putnam, Okla.

Benji and Lori White, the ranching family which live near the 99th meridian, know a lot of farmers who left the industry after the drought that started withering Oklahoma in 2011 and left more than $2 billion in agricultural losses.

“Cost of equipment, fertilizer, lack of rain — it’s just hard to make it pencil out when you’re trying to do it to make make a profit,” Benji White said.

The White family is all-in on cattle and Red Angus. The animals are hardy and sweet, and their red hide means they’ll stay cool and stand a much better chance of growing big when the next drought comes.

“With the cow-calf operation you have more options,” he said. “I’m not that much of a farmer. I don’t want to get that much bigger, and I think cattle is a little less tied to those commodity prices.”