David Rowden suffers from chronic pain in his neck, back and shoulders. He believes medical marijuana would bring better pain relief than the opioid painkillers he currently uses. 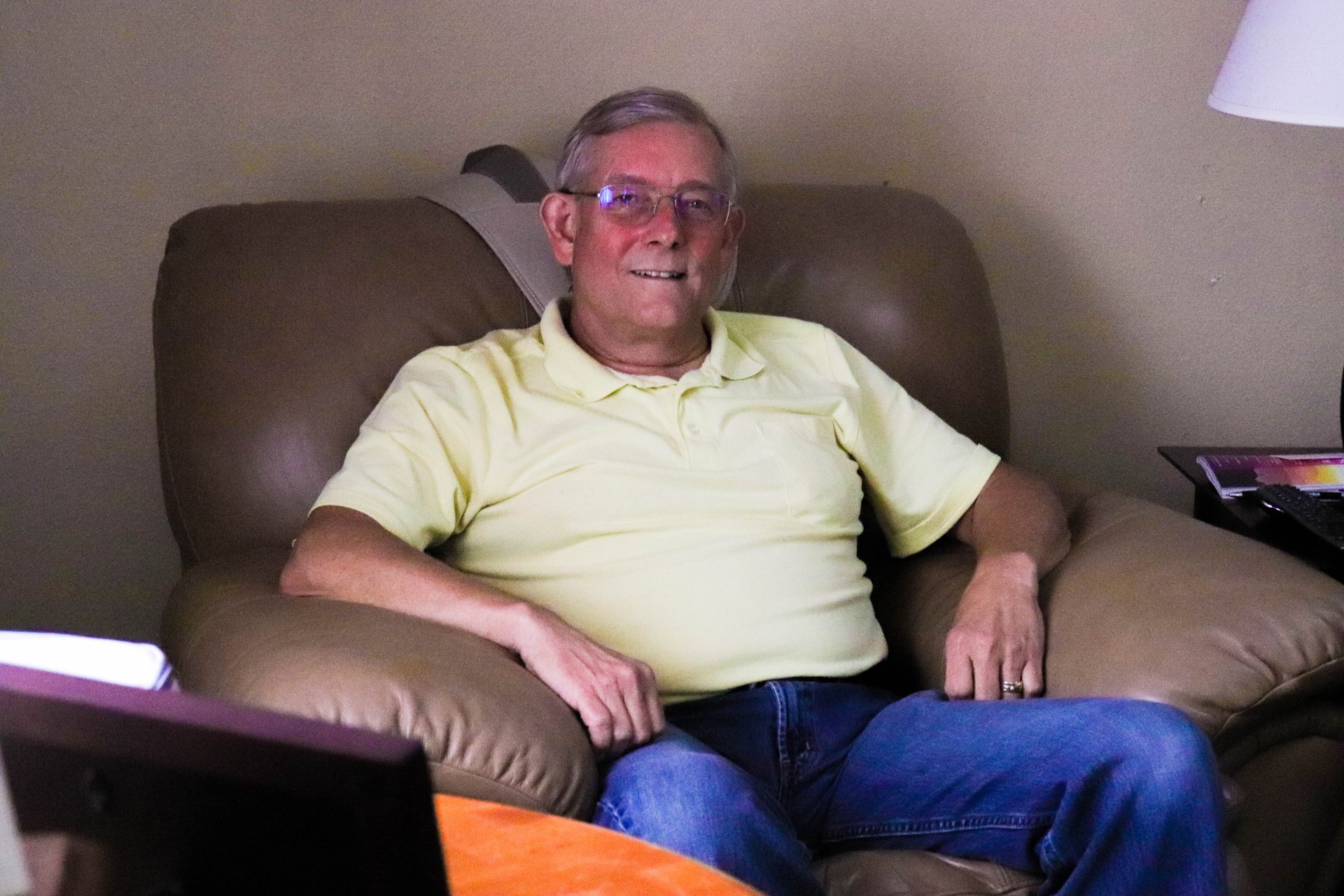 David Rowden suffers from chronic pain in his neck, back and shoulders. He believes medical marijuana would bring better pain relief than the opioid painkillers he currently uses.

The 62-year-old army veteran looks at a family picture standing on a coffee table and points out that the man on a nearby magazine cover isn’t family.

Rowden eases himself into an armchair and sets a glass of beer on a side table. His tone becomes serious as he describes the freak workplace accident that brings him chronic pain.

Rowden said he was working in a state prison when “a bookshelf loaded with big thick three-ring binders fell on my head.”

Injuries from the improperly mounted shelf left Rowden in so much pain he had to get surgery to fuse three of his vertebrae together.

Later, Rowden’s doctor prescribed opioid painkillers to help him cope. He’s still taking them for his neck pain, and over the years more problems have cropped up. Rowden said he now has lower back pain and bursitis in both shoulders.

Rowden would rather use medical marijuana for the pain. When he lived in Washington, a doctor there recommended marijuana — and Rowden said the drug helped him cut his opioid use in half.

That’s why now, Rowden is a vocal supporter of State Question 788, a measure on the June 26 primary election ballot that could legalize the licensed cultivation, use and possession of medical marijuana in Oklahoma.

A ‘yes’ vote allows doctors to sign a form recommending a patient for a medical marijuana license. Patients would send the signed form and a fee to officials at the Oklahoma State Department of Health to get the two-year license.

Rowden will support the measure because he believes deciding whether marijuana is an appropriate treatment “is the doctor’s job, not bureaucrats, law enforcers or lawyers.”

Organizations representing doctors, pharmacists, sheriffs and district attorneys are campaigning aggressively to convince Oklahomans to vote ‘no’ and block the medical marijuana measure.

Several sheriffs have argued the ballot language in SQ 788 would make it possible for almost anyone to get a medical marijuana card. They say the vote could mean more impaired drivers, an increase in crime — and higher rates of drug abuse. 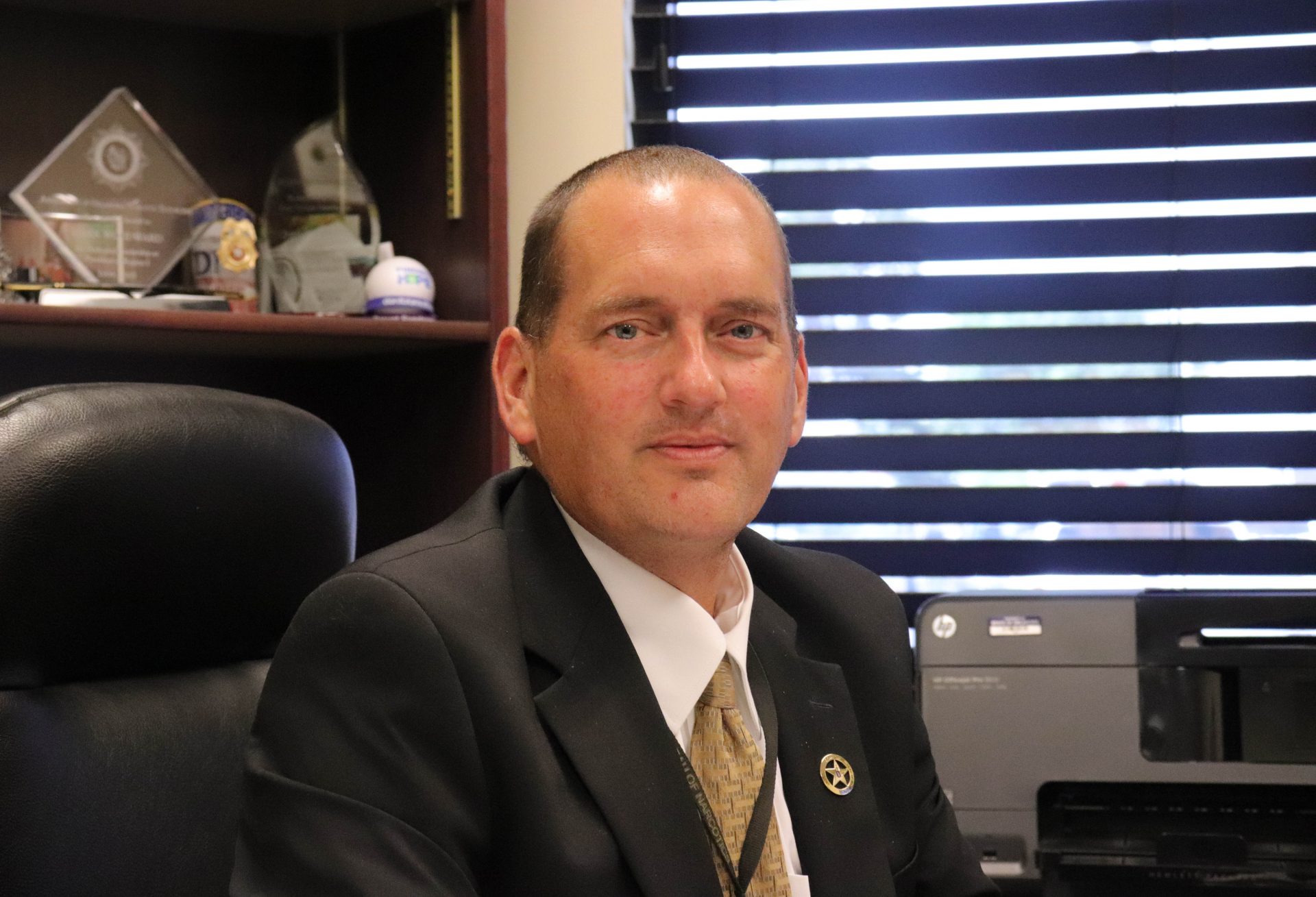 Mark Woodward, a spokesperson with the Oklahoma Bureau of Narcotics and Dangerous Drugs, said his agency is one of several working with the health department to draft potential rules in the event voters do legalize medical marijuana.

For example, Woodward said Oklahoma could take a cue from other states that have enacted rules to make sure edible marijuana products are less attractive to kids “and don’t look like candies or other existing products.”

To prevent that, Woodward and other law enforcement groups suggest setting up a marijuana sales database and requiring all marijuana be grown indoors.

Woodward said every plant would be “tagged with a batch number like they do in other states.” Police also want security systems in place to record who enters and leaves commercial grow operations.

Law enforcement officers are especially worried that legalized medical marijuana will lead to an increase in car accidents and traffic deaths. To back up those concerns, Woodward cites a report by a federally funded law enforcement agency that investigates drug trafficking. That report suggests fatal accidents increased in Colorado after medical marijuana was legalized.

Woodward said the data cover a lot of ground including “DUI’s (and) ER visits,” but the report has been heavily criticized by marijuana legalization advocates and outside researchers.

Officials from the Colorado Department of Transportation won’t comment on the accuracy of that report, but they say the state didn’t collect reliable data on marijuana-involved, traffic fatalities after medical marijuana was legalized.

Also, the two agencies count marijuana-involved fatalities differently. The transportation department’s figures on fatalities from recent years are lower than those reported by the drug trafficking agency.

Officials with Colorado State Patrol don’t know how legalizing medical marijuana affected DUI’s because they didn’t count those DUI’s separately from ones caused by alcohol and other drugs until 2014.

As David Rowden tells more stories behind the photos hanging on the walls of his home in Chandler, he talks about his time working as an Army soldier and corrections officer — and his current work as a part-time tax preparer.

His dad was a highway patrol trooper. Public safety is important to him, but Rowden just doesn’t see any danger posed by medical marijuana.

“It’s already going on,” he said. “People are smoking pot every day.”

But Mark Woodward and police officers around the state say the safety concerns are real. If SQ 788 passes, they say it’s critical the health department and the Legislature write strong rules to protect the public and the new industry the ballot measure would create.

“The rules and regulations, (and) legislation will better define what are the parameters of that,” Woodward said. “It’s not going to be the wild west free-for-all of, ‘I can do whatever I want with marijuana now.’”