Inmates in the Guardian Angels program walk their dogs. 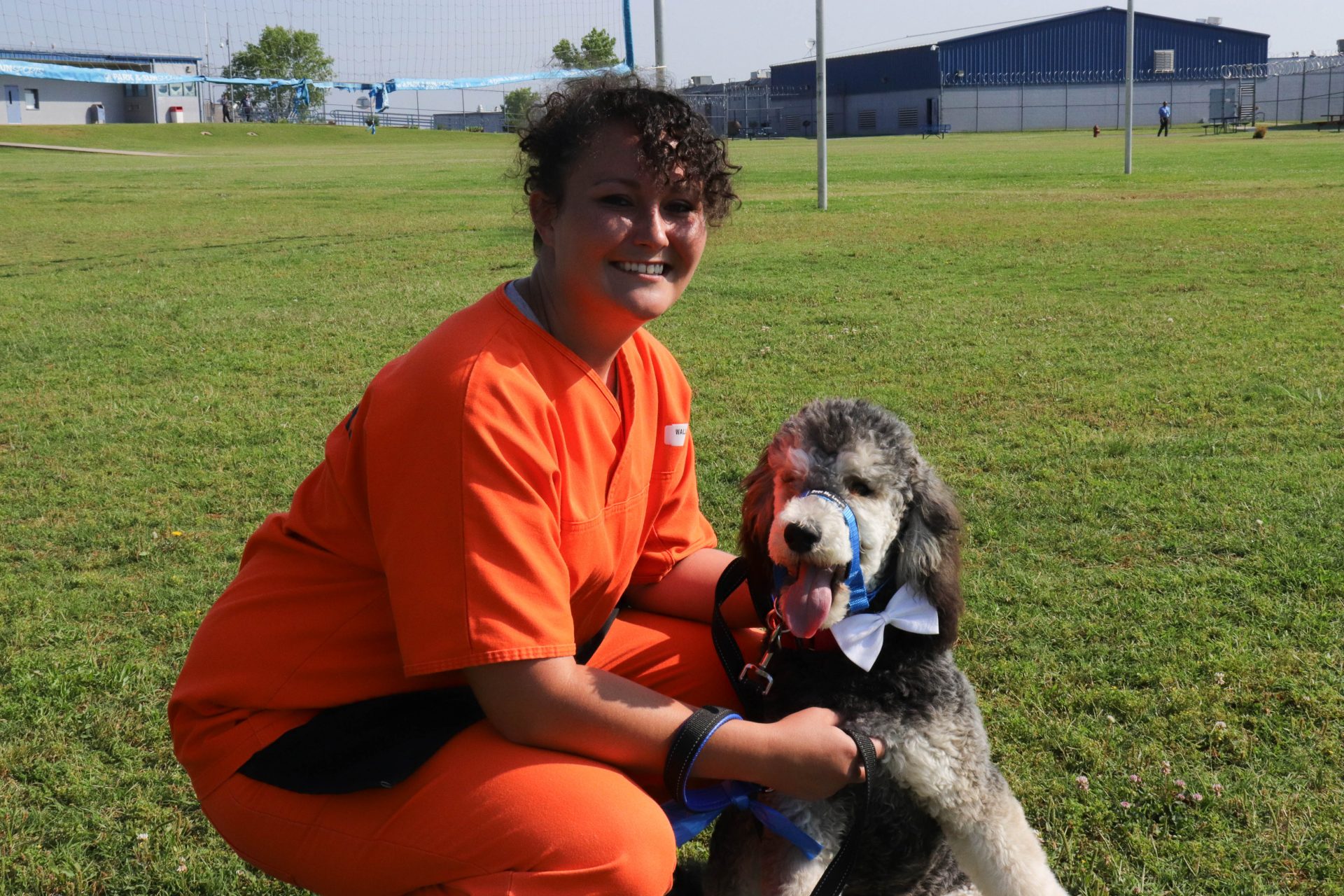 McAlester is the seventh dog Lacey Wallace has trained for the Guardian Angels program at Mabel Bassett Correctional Center.

Corrections officials and women enrolled in the Guardian Angels program at Mabel Bassett Correctional Center in McCloud have waited four years for upgrades to the facility, which now has a designated building, a new kennel and exercise area with obstacles — and a new grooming area and a walking path.

Previously, dogs were trained on the prison’s bare yard and anywhere else program officials could find space.

The prison program teaches women responsibility and life skills by training undisciplined, unwanted dogs for adoption. The dogs learn basic commands and manners potential owners want in a well-behaved pet. Some of the dogs are also trained as service animals.

Lisa Bennett, the program’s coordinator, says the women learn skills they can use for jobs outside of prison. She says many of the women see themselves as the “throwaway(s)” of society and find kinship with animals that no one wanted.

Construction of the training facility started in 2014, but labor and funding setbacks delayed its completion until earlier this month. The Department of Corrections finished the project with help from Oklahoma CareerTech.