Medical marijuana would be legal for people 18 and over with a state issued license if SQ 788 passes. 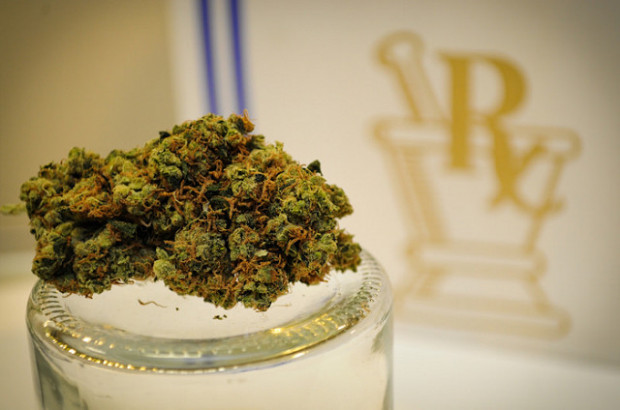 In June, Oklahomans will vote on State Question 788, a ballot initiative to legalize medical marijuana, and many people are asking – how has this worked in other states?

Who has legalized medical marijuana?

While thirty states and Washington, D.C. have broadly legalized marijuana in some form, regulations vary. For example: New Hampshire allows just four dispensaries in the entire state, while in Louisiana only cannabis in a non-smokeable form is legal. Oklahoma borders three states that have legalized medical marijuana: Arkansas, Colorado and New Mexico.

What happens if SQ 788 passes?

How much does a medical marijuana license cost?

Licenses would cost $100 and need to be renewed every two years. For Oklahomans on Medicaid or Medicare, known in Oklahoma as SoonerCare, medical marijuana licenses would cost $25. Licensed patients could have up to 3 ounces of marijuana on them and up to 8 ounces at their home. They could also legally grow plants — up to 6 mature plants and 6 seedlings.

How would selling and growing medical marijuana work?

A new industry would be created: medical marijuana processing. The licensed industry would ensure that dispensaries could purchase edibles and concentrates in line with state regulations. Only Oklahoma residents may be licensed to operate as a commercial grower, a processor or a dispensary. Each license would cost $2,500.

How would medical marijuana be taxed in Oklahoma?

Under SQ 788, medical marijuana patients would pay a 7 percent sales tax — on top of local and state sales taxes — which would fund the state’s regulatory activities. If this tax generates a surplus, 75 percent would be directed to education through the general revenue fund. The remaining 25 percent would go to the Oklahoma State Department of Health for drug and alcohol rehab programs.

Could SQ 788 be changed by the Legislature?

Yes. SQ 788 is a statutory rather than constitutional measure, meaning the Legislature would be able to amend the law with a simple majority vote. Signatures are being collected to get recreational marijuana on the November 2018 ballot under a constitutional state question, which, if approved by voters, would not be amendable by the lawmakers.

Medical marijuana has been legal in some states for years. Colorado voters approved it in 2000. Colorado Department of Transportation spokesman Sam Cole said that state has not seen an increase in impaired driving, even after recreational marijuana was approved in 2012.

“As long as there has been marijuana and automobiles people have been driving high, so this isn’t something that has started since legalization,” Cole said. “But we’ve had the opportunity since legalization to raise public awareness and educate and address the issue.”

After medical marijuana was legalized, Colorado did not see traffic fatalities rise, Cole said. Although the state doesn’t have specific data related to marijuana, there was no obvious indication that legalization affected traffic safety overall.

“Really when it comes to impaired driving in Colorado, alcohol dominates. We see close to a third of fatalities in Colorado involve a drunk driver. That compares to about 8 percent for marijuana,” Cole said.  “Alcohol is a much bigger problem, but that doesn’t mean we aren’t going to address marijuana.”

Do more underage kids use marijuana in states that have legalized it?

It’s hard to say, because there isn’t comprehensive data on marijuana usage in all of those states during time periods before it was legalized. Colorado is one of the few states that does have that data. State health officials there conduct a random, anonymous survey every year of middle and high school students that asks them about their drug and alcohol use.

“We are pretty confident in our findings, because we’ve had the same methodology for so many years before and after legalization,” said Dr. Daniel Vigil, who manages the marijuana health monitoring and research program for the Colorado Department of Public Health and the Environment. “Based on our largest youth survey, marijuana use did not increase from before to after legalization,” he said.

Vigil said they have found that about 20 percent of Colorado teenagers report using marijuana in the past 30 days, which is about the national average. Marijuana use also did not go up in young adults aged 18-25.

StateImpact Oklahoma will continue update this page with additional questions and answers about medical marijuana. If you have a question you’d like answered: Email jackie [at] stateimpactoklahoma [dot] org.