Oklahoma Officials Endorse Nitrogen Executions As ‘Humane,’ But Some Medical Experts Aren’t Sure 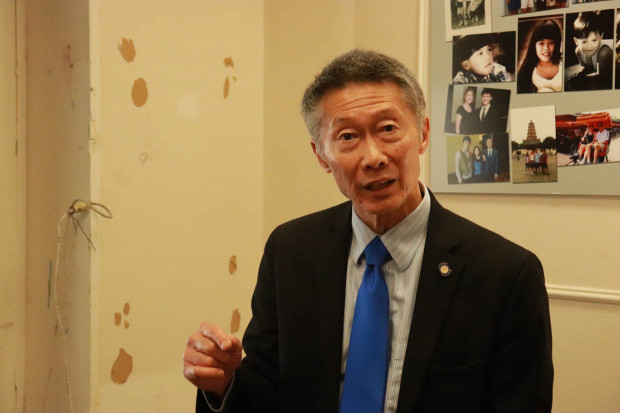 Oklahoma wants to go where no state has gone before: Executing death row inmates with nitrogen gas. Officials say nitrogen will bring quick, painless deaths, but the research is slim — and it has never been used in U.S. executions.

The case for nitrogen hypoxia sounds simple. Nitrogen is already in the air we breathe, but, as long as humans get the right mix, nitrogen is safe. The state wants to make death row inmates breathe pure nitrogen.

State Sen. Ervin Yen, R-Oklahoma City, is a cardiac anesthesiologist who signed his name to the bill that made nitrogen hypoxia a legal execution method in 2015. He says the inmates would die from “lack of oxygen,” not exposure to nitrogen.

Yen says this is not the same as choking to death, during which the “blood level of carbon dioxide would go up drastically.” That carbon dioxide buildup is the primary reason for discomfort, Yen said. “Like, anxiety, and you might start sweating, and your blood pressure might go up.”

In Yen’s medical opinion, nitrogen hypoxia would not be painful and it wouldn’t fall under the constitutional ban on cruel and unusual punishment.

This isn’t the first time Oklahoma pioneered a way to execute people. The state was also first to write lethal injections into law after a 1976 Supreme Court ruling ended a nationwide death penalty ban.

Lawmakers wanted a fix. They changed the law so death row inmates could be executed by nitrogen hypoxia — another method no state had ever tried. Legislators, including Yen, voted overwhelmingly in favor of the new method.

Oklahoma Attorney General Mike Hunter said in a March 2018 news conference pilots and scuba divers who recalled what it’s like to nearly die from losing oxygen was evidence nitrogen hypoxia would be a painless death.

Hunter and his office reference studies on nitrogen gas used in suicides and its effects in accidental deaths. Some studies exist but, a spokesperson for the office couldn’t name specific studies staff reviewed.

Hunter also claimed nitrogen is used in physician-assisted deaths in states and countries where it is legal.

Dr. David Grube, a medical director for nonprofit Compassion and Choices, which advocates for physician-assisted deaths, says U.S. doctors that are helping terminally ill patients end their lives would never prescribe inert gas. Grube says he doesn’t know whether or not death by nitrogen hypoxia would be painless because he never used the gas in his nearly 40 years of practice.

Physician-assisted deaths and executions “are very different medical situations,” she said. “One is a healthy individual and the other is a dying human being.”

Forest also says doctors can and have studied how people die during physician-assisted deaths in a way that can’t be done for executions. She believes studies on death penalty methods would be unethical.

“I don’t know that we can identify in a healthy population what would be a comfortable or a non-painful death of a healthy person under these settings,” Forest said.

‘We Know What Happens’ 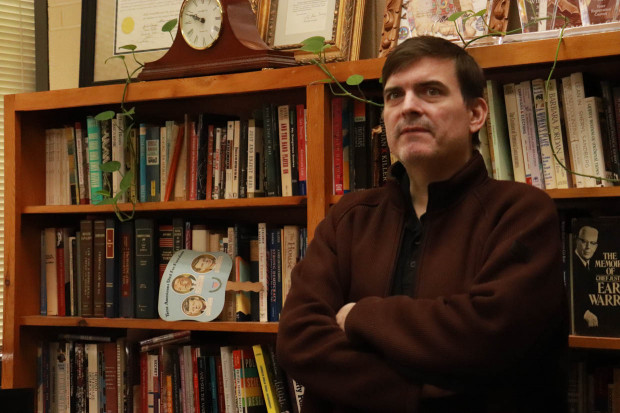 Michael Copeland is an attorney who helped research nitrogen gas’ viability for the Legislature.

Michael Copeland, an attorney and professor at East Central University in Ada, researched nitrogen for a Legislative study to find out whether the gas could be used to execute people. Copeland says he has “100 percent confidence that we know what happens when a person doesn’t breathe oxygen.”

Copeland’s team concluded nitrogen would be constitutional, the gas would be easy to acquire and the state wouldn’t need doctors to help use it on inmates. The researchers, who aren’t medical doctors but say they consulted with physicians, concluded it would be a “humane” alternative.

Copeland says there is no need for a medical study on the new execution method because officials can “infer” what would happen if nitrogen or another inert gas is used in a death chamber.

“I can see no reason to believe it would be any different because you’re intentionally doing it for a death penalty than if it was for suicide, or an industrial accident, or scuba diving accident, or a pilot,” he said.

While Copeland and Yen believe the merits of the death penalty are up for public debate, they both say the effects of nitrogen hypoxia are clear.

State officials in March said the state is in the early days of creating its new nitrogen execution protocol. Once the state has finalized the procedure, they’ve agreed to wait five months to give inmates and their attorneys time to review it.