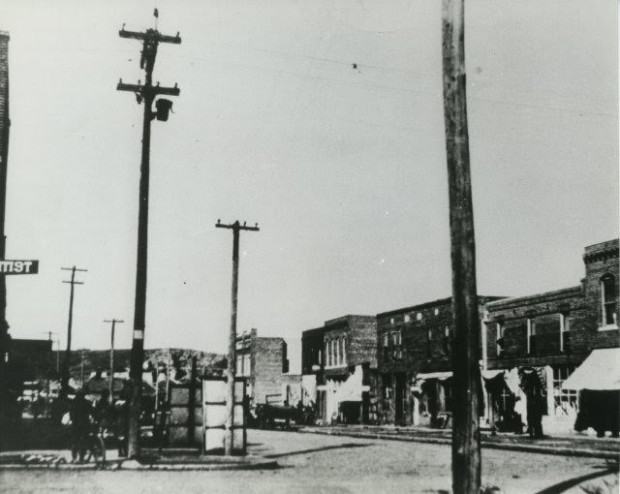 The curriculum on the Tulsa Race Riot includes discussions on articles, video clips and photos, including this one of the flourishing Greenwood District before the riot.

The Tulsa Race Riots lasted 2 days. Thirty-five blocks of black neighborhoods were destroyed and at least 39 people died. Historians now agree it was among the worst episodes of racial violence in U.S. History. However, State Senator Kevin Matthews, D-Tulsa, says many Oklahoma teachers often brush over the topic, or teach it incorrectly. He hopes a new Tulsa Race Riot curriculum can change that.

“It has been dirty secret that we haven’t pushed,” he said Tuesday, unveiling the program at  Frederick Douglass Mid-High in Oklahoma City. “It’s time for us to look at the past, and change the future.”

The curriculum includes a set of books, websites, photos and activities that teachers can access online.There are various lessons tailored to different grade levels, and teachers can choose from a one-day syllabus, or something that can be spread over five days.