Janet Cizek, CEO of the Center for Therapeutic Interventions in Tulsa speaks to an employee. 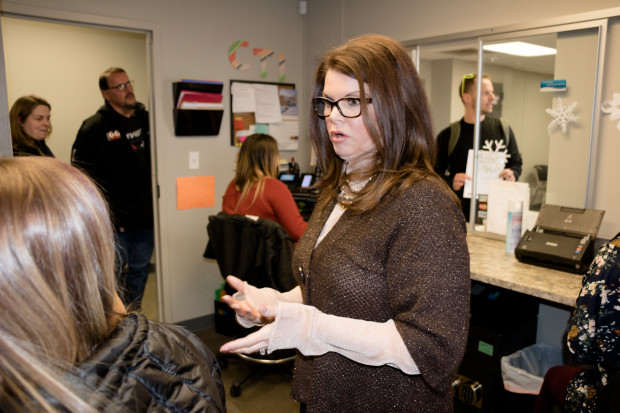 Janet Cizek, CEO of the Center for Therapeutic Interventions in Tulsa speaks to an employee.

Drug overdose deaths in Oklahoma increased 91 percent over the last decade and a half, prompting the state to form a task force charged with a daunting goal: Brainstorm a plan to guide the state out of an opioid epidemic that kills three Oklahomans nearly every day.

The Commission on Opioid Abuse released its final report in January.


“The sort of clear and present danger is overprescribing and oversupply, and that was the focus of what we looked at,” Attorney General Mike Hunter, who headed the nine-member commission, said in an interview with StateImpact.

The group of business leaders, physicians, law enforcement and mental health professionals zeroed in on limiting the supply of opioids, a class of drug that includes illegal heroin and powerful prescription painkillers like Oxycontin, Vicodin and fentanyl — a synthetic drug sold both through prescriptions and on the street.

“Once we rolled up our sleeves and began to hear testimony, we came up with 31 things that the state really needs to do,” he said.

Oklahoma already has one of the best ways to combat overprescribing – a prescription monitoring program. It requires doctors to check the patient’s name against a database to make sure the opioid prescription they are about to write is the patients only one. The database is integrated with 15 other states, with a goal of nationwide coverage.

Cynthia Reilly is the director of the substance use prevention and treatment initiative at Pew Charitable Trusts. She says most of Oklahoma’s recommendations, coupled with the state’s prescription monitoring program will probably work.

“The strategies here are what we are seeing across the country, in terms of the epidemic,” she says. “They are multifaceted, which is good.”

Eight of the recommendations are addressed in bills now being considered by state lawmakers. Reilly says these ideas have worked in other states — including things like requiring electronic prescriptions so a paper version can’t be forged, limiting opioid prescription amounts and creating a board to examine data from overdose deaths and look at how to prevent them.

“Boards, like the one recommended by this task force, look at things like prescribing data and emergency room utilization, law enforcement activity and other data that can help the state identify trends, as well as hot spots where programs are needed,” she says.

Most of Oklahoma’s recommendations read like a wish list, with no follow-up plan. Compare that to West Virginia, where Gov. Jim Justice announced a $10 million commitment, while Tennessee Gov. Bill Haslam’s plan boasts about $30 million to combat the crisis. Both include one component that Oklahoma’s report is lacking: treatment. 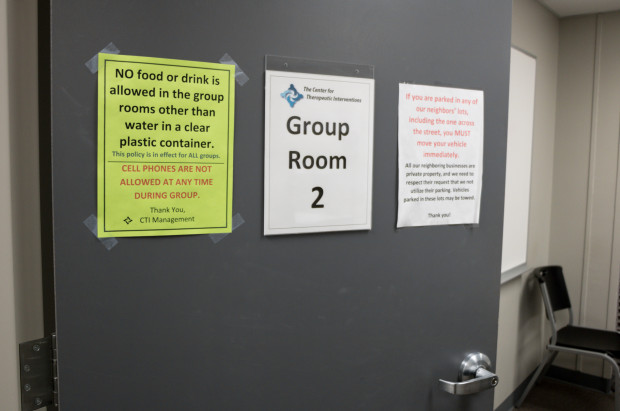 The entrance to a therapy room at the Center for Therapeutic Interventions in Tulsa, one of the few treatment centers in the state that specializes in opioid addiction.

Shift to treatment
Across the country there has been a shift in attitudes, especially from law enforcement, to a treatment-centered approach. Oklahoma is no different. Representatives from almost every agency that deals with the opioid crisis told StateImpact the state needs greater access to treatment, both residential and outpatient.

“We are proposing a 10 percent tax on those who distribute, or manufacture opioids. The estimate is that will generate between $14 and $17 million annually,” he said. “That’s about half of what we need, but I would say that is sufficient to prime the pump for more access to treatment centers.”

Taxing opioid manufacturers and distributors isn’t a new idea; bills have been introduced as far back as 2015 in seven states. None of them have passed. Even if the tax does survive the Oklahoma Legislature’s considerable hurdles to enacting new taxes and becomes law, the opioid tax is expected to be challenged in court by pharmaceutical companies, likely delaying any potential revenue payout for years.

“Our position is you have to start somewhere, and having a proposal in which there is no effort to find new revenue is just irresponsible,” Hunter said. 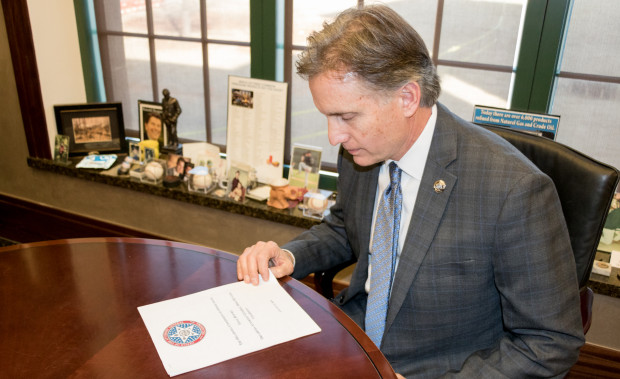 Funding for an epidemic
The lack of state funding for treatment doesn’t sit well with Janet Cizek, CEO of the Center for Therapeutic Interventions in Tulsa, one of the few treatment centers in the state that specializes in opioids. The center uses a mix of outpatient counseling and medication.

“I think we need to have a short term and a long-term plan for funding,” she says. “ These recommendations may be a little too little, too late.”

The most effective means to prevent opioid addiction can start as early as preschool, says Cizek, who’s disappointed in the lack of urgency in the task force’s recommendations. She hopes the report will remind lawmakers that chronic underfunding of the state’s agencies, like the Department of Mental Health and Substance Abuse Services equals less treatment for Oklahomans with addictions.

On a federal level, steep cuts have been proposed for Medicaid, the largest single insurance program covering opioid addiction treatment, which will further impede access to substance abuse treatment.

“I wish that addiction treatment was as easy to access as pills, as heroin,” she says.

Funding for opioid treatment isn’t abstract for Cizek: Her center is a contractor for the state mental health agency.

“We have no assurance of May and June of this year that there will be funding for treatment,” she says. “I don’t know if any of my contracts have funding come May 1 — And we have an epidemic.”

Tucked in the commission’s report is a stark nugget of data: Only 10 percent of Oklahomans who need treatment right now are getting it.