The state's largest industry group has mounted a two-pronged legal challenge to the proposed SQ 795. 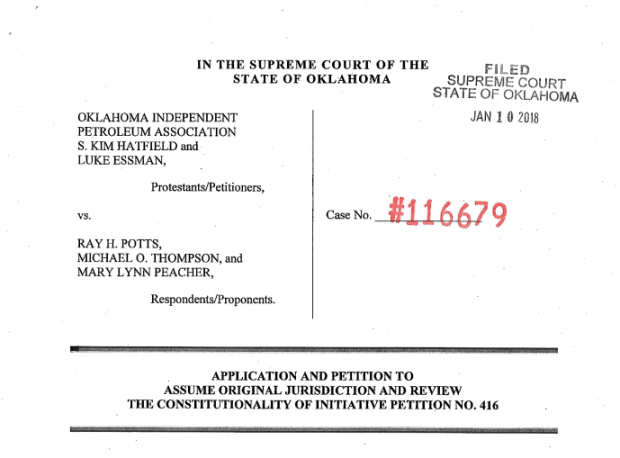 The state’s largest industry group has mounted a two-pronged legal challenge to the proposed SQ 795.” credit=”

Why the challenge matters: The OIPA is Oklahoma’s largest energy industry organization, and the man in charge of the group backing the proposed State Question 795, led the OIPA for 15 years. The OIPA and other industry groups, like the Oklahoma Oil and Gas Association, oppose efforts to increase taxes on oil and gas production.

In one petition, OIPA and other protestors argue the language of the proposed ballot question is misleading, incomplete and biased. In the second, the petroleum association says the measure is unconstitutional because it’s too broad — and because it creates a retroactive tax.

The initiative petition to increase production taxes needs 123,000 signature before it appears on a ballot. Because the language of the proposed question is being challenged, the Supreme Court could intervene before backers can start collecting those signatures.