If Voters OK Medical Marijuana, Health Boss Says Another Agency Should Regulate It 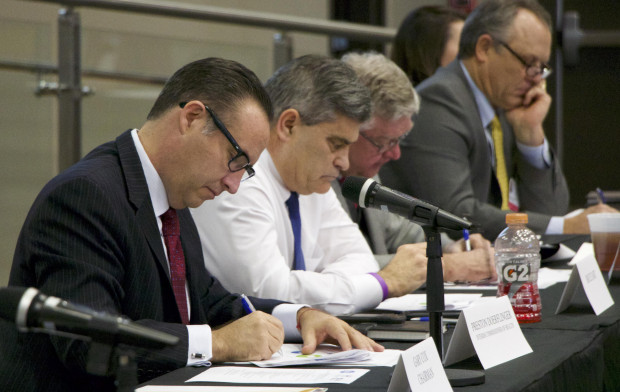 On June 26, voters will decide if Oklahoma will become the 30th state to legalize marijuana for medical use. But regulating the new industry could prove difficult.

If state question 788 passes, licenses will be required for each stage of marijuana cultivation, including dispensaries, commercial growers, processors, and individual medical marijuana cards.

The measure’s language says the state health department will handle all the new oversight  — but with investigations into financial mismanagement and a fundamental restructuring of the agency  health officials don’t want the responsibility.

“There are certain things that the agency is charged with that might be better placed at the tax commission, or the state board of pharmacy might be a better place for this work to occur,” said Preston Doerflinger, acting commissioner of health.

The ballot language states that if medical marijuana passes in June, the health department will have to start issuing licenses in August.

“I am encouraging the governor and legislators to realize that there are problems with the way that it’s currently designed and there are going to have to be changes. This agency cannot take that on, it can’t,” he said.