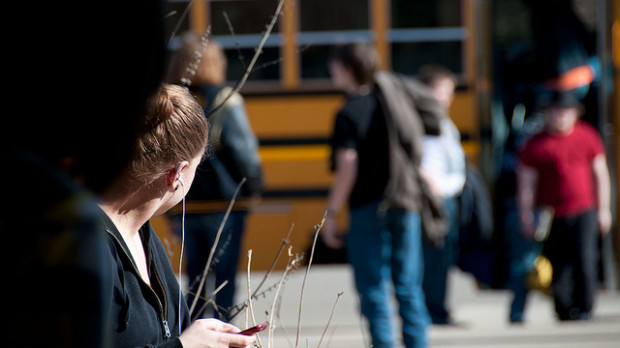 When Moore Public Schools Superintendent Robert Romines asked some of his high school students what the district could do better, they told him they needed more help with mental health.

“I was a bit shocked,” Romines says.

More and more of Oklahoma’s teenagers are dealing with mental illness, and the increase has caught a few school administrators off guard.

Moore’s high schools have counselors, and outside groups also provide mental health services to students, so Romines thought students were getting the help they needed. But he quickly realized why they weren’t.

Most of Moore’s high school counselors were busy helping students choose a career path and get into college. And while Romines says those other responsibilities are critical, he now knows it isn’t enough. The Moore district is hiring three new counselors to focus on mental health.

Prior to the new hires, however, counselors spent much of their time helping kids with class schedules and college entrance exams.

The executive director of the Oklahoma School Counselor Association, Mary Waters, says it’s good that some districts are paying more attention to student mental health, but she still thinks school counselors spend too much time doing things they shouldn’t be asked to do.

“A big part of what counselors are saddled with, frankly, is this testing monster,” she says “And at the high school it really can be an onerous burden.”

Walter says counselors overloaded with administrative duties are often ineffective at other responsibilities that should be prioritized, like students’ mental health. Consequently, some kids don’t get the help they need.

Oklahoma County data show only one in four kids with a mental health disorder received services. National data shows a similar trend: A 2015 report from the Child Mind Institute found that only about 20 percent of young people with a diagnosable anxiety disorder get help.

Another national study found, that while teen depression is on the rise, there hasn’t been a corresponding increase in mental health treatment.

“I call us first responders,” she says. “Maybe we’re going to be the first ones who notice the depression.”

She says spotting such issues is important because mental health and education go hand in hand.

Anxiety and depression in teens are on the rise nationally, but mental illness has long been a problem in Oklahoma. Mental Health America ranks Oklahoma as one of the states where youth mental illness is the most prevalent.

“We deal with students who’ve been affected by trauma on a more regular basis than we ever have in my 26 years of education,” she says. “Additionally, we deal with more incidents of self-harm.”

She says an increasing number of students are living in poverty, and a life of poverty often accompanies trauma. But she doesn’t think that’s the only reason for the uptick in mental illness.

“The loads that pre-teens and teenagers are carrying seem to be quite stifling for some of them at times.”