Volunteer firefighters Christie Smith and David Thompson cool down after extinguishing a hotspot that flared east of Noble, Okla., in 2012. Scientists expect the risk of wildfire to increase as climate change-fueled droughts occur more frequently and last longer.

What Scientists Say A Warming Climate Might Mean For Oklahoma 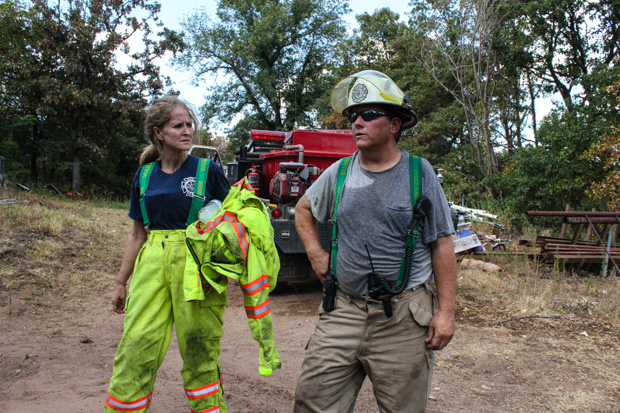 Volunteer firefighters Christie Smith and David Thompson cool down after extinguishing a hotspot that flared east of Noble, Okla., in 2012. Scientists expect the risk of wildfire to increase as climate change-fueled droughts occur more frequently and last longer.

A new report from hundreds of experts and more than a dozen federal agencies is stark: Humans are likely responsible for the warmest period in modern civilization.

The consequences of this warming vary regionally, but scientists and researchers forecast significant effects in Oklahoma and other southern plains states.

The National Climate Assessment is the U.S. government’s most authoritative statement on climate change. The first part of the updated report, released in November 2017, outlines the science of global climate change.

Katharine Hayhoe, one of the report’s lead authors, said the peer-reviewed report is currently “the most comprehensive, up-to-date, state-of-the-art report on climate science in the entire world.”

In a live Facebook discussion about the report, Hayhoe, the director of the Climate Science Center at Texas Tech University, said the findings can be summed up in a single sentence: “Climate is changing, humans are responsible, the risks are real, and the window of time we have to keep warming below dangerous levels is closing fast.”

The second part of the climate assessment is a report that illustrates how a warming climate could affect different regions of the country. That report is due out next year, but a draft version has been reviewed by government agencies and is now available for public comment. 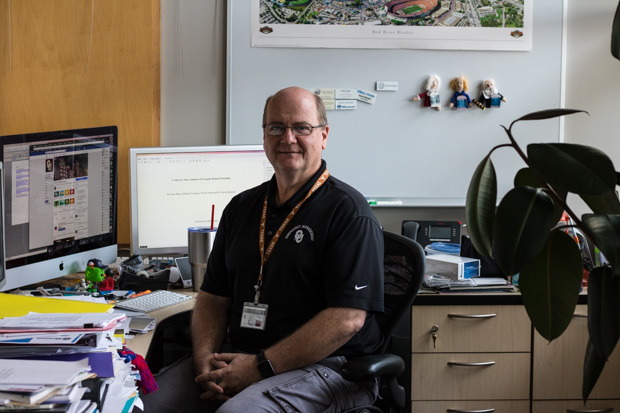 Kevin Kloesel, director of the Oklahoma Climatological Survey, is the lead author of the chapter on the Southern Great Plains in the forthcoming National Climate Assessment impact report.

Kevin Kloesel, director of the Oklahoma Climatological Survey, is the lead author of the forthcoming report’s chapter on the Southern Great Plains, a region that includes Oklahoma, Kansas and Texas. He says warming in Oklahoma is reaching extremes regularly.

“We’ve set one record cold in the last 30 years,” he says. “And since 2000 we’ve had 14 different days at record highs. Seven of those have occurred in the last four years.”

“We move back and forth from flood to drought very, very quickly,” he says. “That has implications for water storage, water resources, wildfire and agriculture.”

In the Southern Plains states, how and where people are moving will likely worsen the effects of climate change. As populations shift from rural to urban areas, researchers predict new and more serious conflicts over water, and energy and food production.

“Those are inextricably linked, so what happens with one ultimately impacts the others,” Kloesel says.

Throughout the region, researchers expect extreme heat, drought and flooding to stress roads, bridges, railroads and dams — and put a strain on pipelines and the electric grid. They also expect extreme heat will harm people directly — and increase exposure to diseases spread through food, water and insects.

Congress mandated the National Climate Assessment in 1990; The science report and the impact report are designed to give governments and the public the information they need to make an action plan. And while the White House approved the 2017 science report’s release, the findings run counter to many Trump administration positions on climate change.

Even with maps and graphs, and studies packed with data and analysis, Kloesel says researchers are often working against people’s intuition and daily experiences with what is often a climate scientist’s biggest foe: the weather.

“As soon as you get a snowstorm or an ice storm, people will be like, ‘So much for the climate folks because they told me it was going to get warm,’” he says.