One Idea To Help Fund Oklahoma Schools: Take From The Rich And Give To The Rest 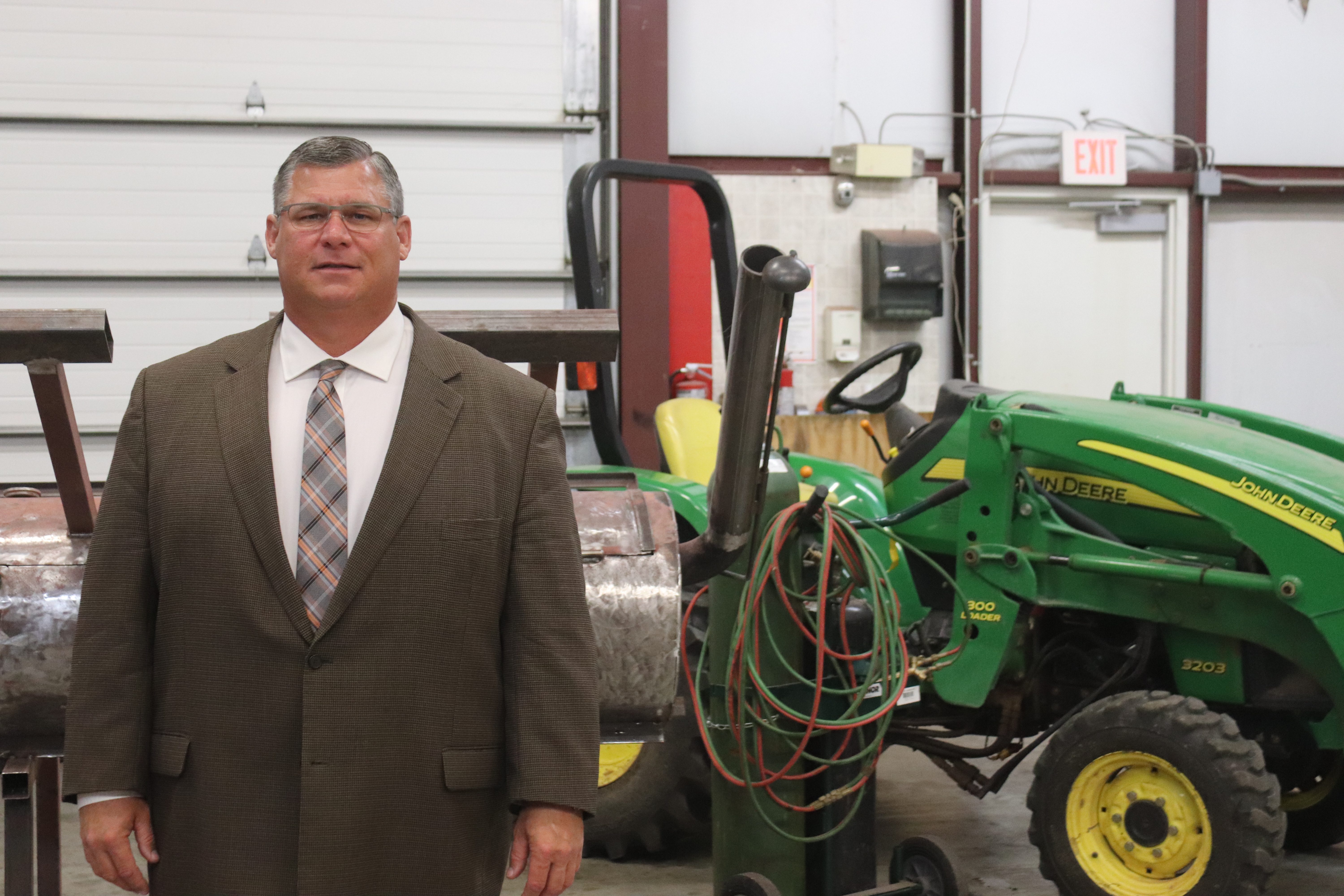 Calumet Public Schools Superintendent Keith Weldon stands in an old garage that he now uses for an agriculture program. Weldon worries if lawmakers take some of his local funding, he would have to scale back the popular program.

The wind blows strong and steady in Calumet, a small town about 40 miles west of Oklahoma City.

In northeastern Oklahoma, Google built a large data center in Pryor. And the city of Cushing is flanked by fields of large steel tanks that hold millions of barrels of oil.

These industries bring in abundant property tax revenue for nearby schools — enough that 37 districts don’t receive any funding from the state.

The rest of Oklahoma’s school budgets are filled by a complicated mathematical equation that’s supposed to divvy up state tax dollars as fairly as possible. And, while many education experts consider Oklahoma’s funding formula among the country’s most equitable, state schools are still strapped for cash.

Now, Oklahoma lawmakers are now thinking of re-tooling the formula. One possibility: Taking some of the funds from these 37 districts, and redistributing it to others.

“Take from the rich, give to the poor,” Weldon says. “Who’s the rich? It’s like taking from the healthy and giving to the sick — now you’re gonna make all of us sick?”

While Calumet has more money than many other districts its size, Weldon says his schools are far from wealthy.

When Calumet’s local tax revenue started increasing a few years ago, Weldon used the money to start an agriculture program. Today, students learn to build things out of metal, and use plasma cutters and other tools.

“We’ve got kids showing sheep, hogs, cattle and chickens,” he says. “Then there’s the leadership aspect of it … the ag program has really been a good thing for Calumet, for our kids.”

If lawmakers do tweak the funding formula, and redistribute some of his district’s money to others, Weldon worries he’ll have to scale back or cancel the ag program. 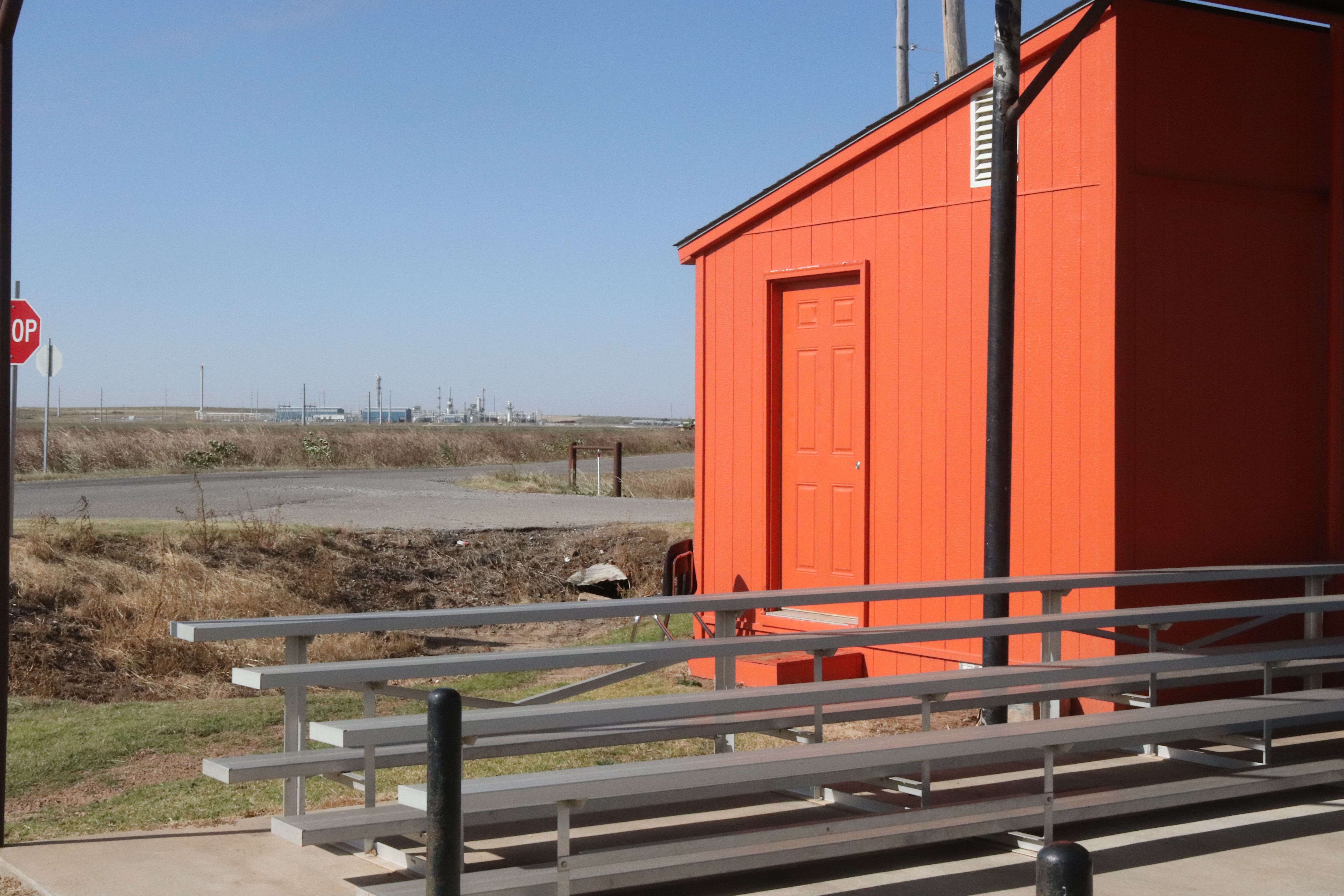 “It’s just a discussion point right now,” he says. “I don’t know if it’s the right thing to do. But I know we need to investigate further on this.”

But Stanislawski says it’s troubling that 37 districts have stronger funding than hundreds of other school systems across the state. He says these districts can afford to share a funding stream that could total up to $10 million.

“If a school district is off the formula, that means they’re making more than enough money,” he says. “But they’re not required to put any of that excess into the formula to go across the state to provide for other students.”

Stanislawski says the state needs to make sure each school district has about the same amount of funding per child. “That’s what I care about,” he says. “Making sure they’re getting an equal education to any other student.”

So far, Stanislawski says no cash-strapped schools have come to him to request funding siphoned off from other districts. Now that the discussion about potential funding formula changes is public though, he expects opposition.

“If you look through all the research, our funding formula is one of the most equitable of all the states,” he says. “The problem is it’s not fully funded.”

Weldon says more money should come from lawmakers — not school districts like his.