A pair of drilling rigs in Kingfisher County, Okla. 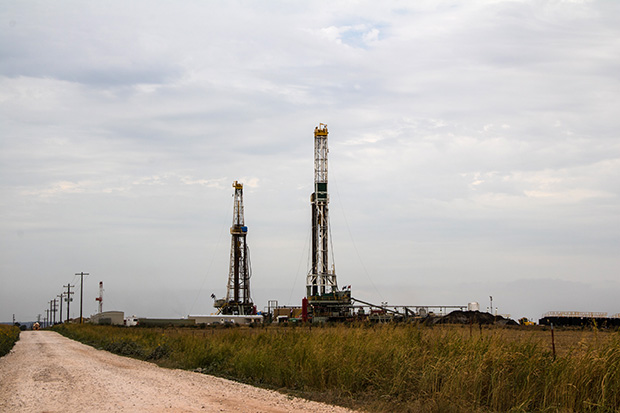 A pair of drilling rigs in Kingfisher County, Okla.

The report by the group of oil and gas producers — which formed during the 2017 Legislative Session in opposition to other industry groups over gross production taxes and long-lateral drilling bills — suggests so-called “well bashing” is widespread “and that damage has cost producers and royalty owners throughout the state,” The Oklahoman‘s Adam Wilmoth reports:

“I believe nearly every vertical well in Kingfisher County will be negatively impacted by horizontal frack jobs at some point,” OEPA founder Mike Cantrell said. “We’re just trying to get people to get fair value for their property up front before the damage is done.”

The study shows that 80 percent of the affected vertical wells are outside the well unit boundaries, meaning royalty owners from the damaged wells do not benefit from the new horizontal wells.

Horizontal operators say the OEPA is overstating the number of damaged wells, and that royalty owners benefit from highly productive horizontal wells.

“Particularly in Kingfisher County, larger companies drilling horizontal wells are offering ahead of time that if they bash a well, they’ll give concessions or pay damages or give them a part of the well,” he said. “Many times they try to buy the well ahead of time, but in many instances they have been told ‘no.'”

So far, the commission has investigated and verified 20 cases of damage to vertical wells because of nearby horizontal wells. Most of those wells had environmental damage, Skinner said.

The commission also has another 55 wells pending or undergoing review. The commission has created a form for operators to report environmental or economic damage from nearby horizontal wells.