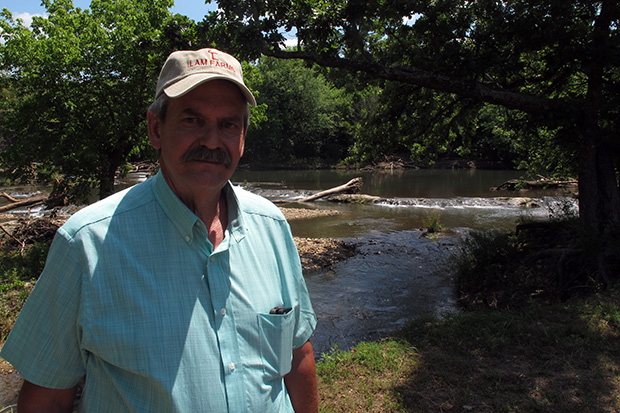 The $6.9 billion budget signed last week by Gov. Mary Fallin delivers 5 percent cuts to most state agencies. On paper, it looks like two environmental agencies received funding boosts,  but a closer look at the numbers shows the increases aren’t what they appear.

Sort of an increase

Trey Lam is often found off the beaten path, beyond low-water river crossings and through pastures accessible only by rocky, tire-jarring rural roads.

Today, Lam, the executive director of the Oklahoma Conservation Commission, is on the bank of the Blue River, a stunning, clear stream that winds through south-central Oklahoma near Tishomingo.

“We do things with farmers and ranchers and landowners to modify their practices, maybe their grazing or their fertilization, and that improves the quality of the water,” Lam says. “This water here actually flows all the way down to the city of Durant, where they use that for their drinking water source, their sole water source.”

The Conservation Commission’s work includes monitoring pollution from agricultural sources and maintaining over 2,000 flood-control dams across the state that protect life and property. It takes a large staff to do the job, but budget cuts have taken their toll over the last few years.

While the 2017 budget agreement spells out an 8 percent increase for the agency, lawmakers set aside $1 million so the Conservation Commission can access a federal dam-repair fund.

“That million dollars allows us to access federal funds that are already in place in Oklahoma to rehabilitate and renovate our high-hazard flood control structures,” Lam says.

That $1 million allows access to federal funding that might otherwise disappear, but the fund can only be used for the dam program. The apparent funding increase obscures what is effectively a $333,000 cut to the agency’s operating budget.

“We took about the same cut as other agencies, the 4.8 percent cut,” Lam says.

The effect of this hidden cut will likely result in more staff reductions, and fewer people tasked with water quality monitoring and work with farmers and ranchers to keep water clean, Lam says.

The Oklahoma branch of the Nature Conservancy purchased the stretch of land along the Blue River to demonstrate how to keep the land and water clean and provide a learning experience for people interested in doing the same at their local streams. It’s akin to adopting a stretch of highway. 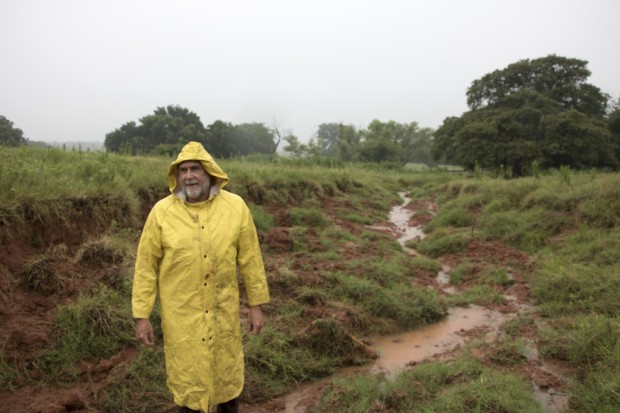 Jeri Fleming is the communications director for the Conservation Commission’s Blue Thumb program, which coordinates volunteers that do water quality monitoring, bug sampling, and wildlife inventories at streams across the state.

Fleming says this process is not as easy as running down to the creek and collecting a bottle full of water. The volunteers do site assessments, collect and bag trash, and take water samples home for analysis.

“They go back to their home and they conduct those tests and turn that data in,” Fleming says.

The volunteers have become more essential after years of state funding cuts and now provide nearly all the water quality data the state has on many rivers and streams, Fleming says.

The Conservation Commission wasn’t the only agency to receive a hidden cut. The state Department of Agriculture, Food and Forestry, on paper, appears to have been given a 5.25 percent increase.

All of that new money, however, is earmarked for Oklahoma State University’s Cooperative Extension Service, which is funded, in part, through the ag agency and is a critical resource for farmers, ranchers and wildlife managers. The agriculture department can’t touch that money, and is seeing its operating fund slashed like the Conservation Commission’s.