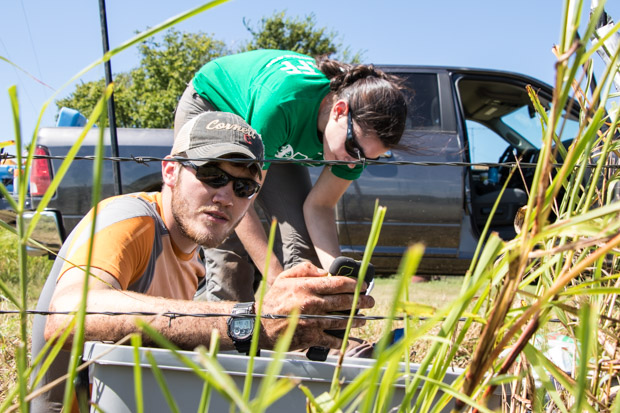 The strongest earthquake ever recorded in Oklahoma may have been triggered by oil and gas activity that started and stopped years before the shaking, newly published research suggests.

The new findings, published in the journal Seismological Research Letters, on the 5.8-magnitude September 2016 earthquake add to a growing body of research linking the energy industry’s practice of pumping toxic wastewater from oil and gas production into underground disposal wells to an unusual rash of earthquakes in Oklahoma and other states.

The Pawnee quake, thought the be the strongest ever triggered by human activity, injured one person and damaged dozens of buildings. Residents were rattled, and scientists were confused: That part of the state is not densely packed with disposal wells, and the amount of wastewater pumped underground throughout the region is not large — risk factors that likely contributed to other earthquakes.

When researchers at the U.S. Geological Survey took a closer look, two disposal wells stood out. Both wells were inactive until companies suddenly started filling them with wastewater, then tapered off.

“If you had two wells and they both, over time, injected the same total volume of fluid, the injector with the largest rate change would give you the strongest stress change on the fault,” Barbour says.

The pulse of activity at the two wells peaked three years before the Pawnee quake, which Barbour says suggests that the threat of strong earthquakes can linger for a long time after a surge in oilfield activity. The new research both clarifies and complicates scientists’ and regulators’ understanding of the forces and factors contributing to these oilfield wastewater-linked earthquakes, shaking researchers and industry experts call “induced seismicity.”

“The physics behind this are a little more complex and depend on a better understanding of when and how fluids are injected into the ground,” Barbour says.

Barbour’s research is based on computer models of faults and other underground formations, data on disposal well locations and depths, and the timing, duration and amount and pressure of waste fluid energy companies are injecting. Oklahoma oil and gas regulators have responded to the earthquake boom with regulatory actions designed to limit activity at wells in risky areas and reduce the overall volume of wastewater disposal in earthquake-prone regions. The new research suggests controlling the speed at which this disposal starts and stops might be an important factor, too, though Barbour says the research is likely too preliminary to build regulations around.

The next step, Barbour says, is getting a deeper understanding on how these variations in disposal rates are causing faults to slip and produce earthquakes. To do that, researchers at the Oklahoma Geological Survey are taking more accurate and detailed measurements of underground pressure, and how that pressure changes when disposal well activity increases and decreases.

“That will help us put some bounds on important parameters that our injection models depend on,” Barbour says. “We want to be able to measure and calibrate our models to actual data near induced seismicity.”