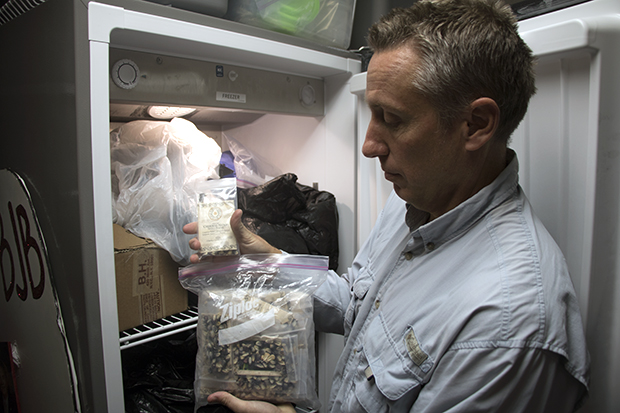 Before the Cherokee people were forced from their lands in the eastern U.S. along the Trail of Tears, the tribe grew varieties of crops now nearly lost. But at the Cherokee Nation Seed Bank in Tahlequah, Okla., a vital part of the tribe’s history is kept frozen.

Deep underground on a Norwegian island in the remote arctic, the Global Seed Vault shelters seeds from around the globe, protecting them from natural disaster, nuclear catastrophe or any apocalypse that might bring humans to the brink.

For the Cherokee Nation of Oklahoma, the apocalypse already happened. Since first contact with European explorers to their removal to Oklahoma, the crops tribal members once ate and used in rituals have become more and more rare.

Until, that is, about 10 years ago. That’s when the Cherokee Nation started scouring the country for genetically pure examples of plants that are important to its culture. Today, the fruit of that labor is stored in a nondescript freezer in a closet at the tribe’s headquarters in Tahlequah.

Cherokee Nation biologist Pat Gwin helps maintain the seed bank. He also releases a trickle of the seeds every year to tribe members who want to grow them.

“All of these black plastic bags are full of seeds ready to be shipped,” Gwin says, pointing to a cardboard box on the bottom shelf. “This little bitty box has about 50 different varieties of seed.”

Only the highest quality seeds stay in the bank and aren’t released.

“This is the best genetics,” Gwin says. “There’s about 40 gallons of Cherokee White Eagle corn down there. That’s what we grew last year. What we will do is we’ll pick probably the best 100 milliliters of that seed, and place it in this box here. So this is actually the seed bank. What you see down here is the excess that we’ll distribute to our folks.”

Distribution is generally limited to Cherokee citizens who get to chose up to two varieties of plants. Seeds are sent out from February through April, but the most popular plants go quickly.

Gwin says there’s another seed freezer in a second location, in case a tornado, flood, or other disaster destroys this building away.

Outside, in the garden along State Highway 62, Gwin cultivates rare plants like redroot, rivercane and New Jersey tea. He grows them in planters shaped into culturally significant symbols. 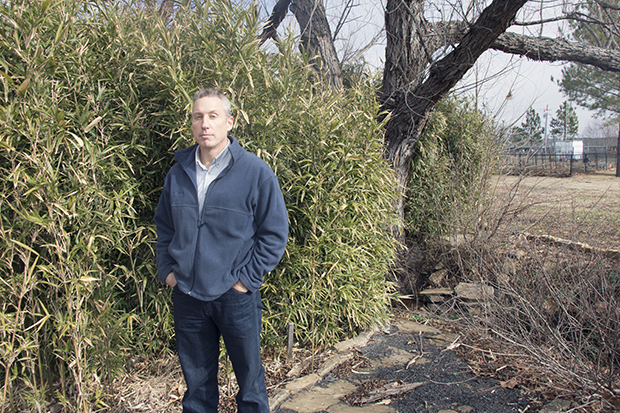 Biologist and Cherokee Nation Administrative Liaison Pat Gwin stands in front of stalks of rivercane at the garden he helps maintain near the Cherokee Nation Seed Bank in Tahlequah, Okla.

“These are all pre-1492 — before European contact these were integral components of our culture,”

Redroot is the rarest of the plants stored at the seedbank, Gwin says.

“It’s been pretty much extirpated from Oklahoma. It was picked into extinction,” he says. “It’s needed by virtually all Cherokee cultural ceremonies.“

Cherokee Secretary of State Chuck Hoskin says it’s the staple crops — varieties of beans, corn, and squash — that are most popular with tribe members today. More than 3,500 seed packets were distributed in 2016. Hoskin says the program’s popularity is growing because Cherokees are eager to reconnect to the lifeways of their ancestors. 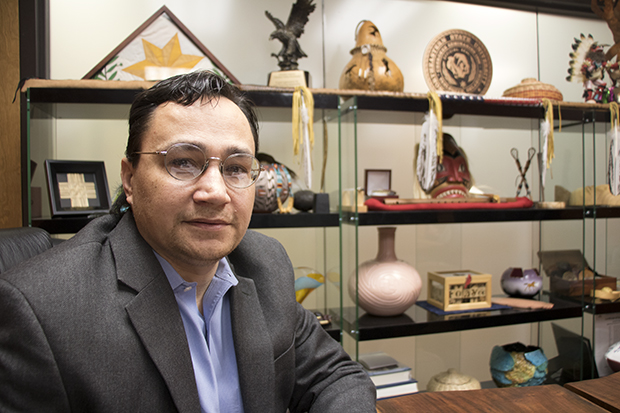 There’s an old Cherokee saying: ‘No self-respecting Cherokee would ever be without a corn patch.’ Back at the garden, Pat Gwin says that refrain doesn’t refer to the picturesque cobs of golden yellow corn at the grocery store. It’s varieties like Cherokee White Eagle Corn, the first seed planted here a decade ago.

“It started with one seed, and that was Cherokee White Eagle Corn,” Gwin says.