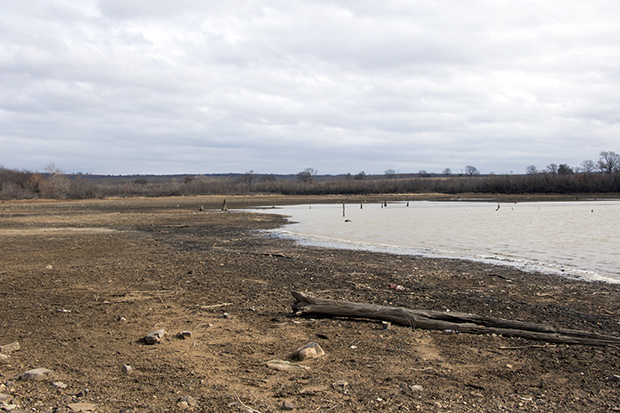 Atoka Lake in southeast Oklahoma is in the middle of the state's most drought affected area.

Tree stumps poke above Atoka Lake’s surface, and it’s easy to see where the water line used to reach. In early 2016, lake levels were high. But now, Atoka is in the bullseye of the worst of Oklahoma’s current drought. Atoka Emergency Manager Derrick Mixon says last week’s snowstorm didn’t help much.

“All that liquid just soaked in right quick. It’s not — it didn’t really help us,” Mixon says.

Mixon says the current drought puts his city in an unfamiliar spot. If it continues, city officials might need to ration water.

“We haven’t had any water rationing at all since I’ve been — that I even remember. We’ve always had plenty of water,” Mixon says. “Of course we’ve been in droughts before and hopefully this weekend we’ll bust out of it. They’re saying possible flooding this weekend.”

“You have McGee Creek down in Atoka County, it’s 14 feet below normal. Broken Bow in McCurtain County is 10 feet below normal. Lake Hugo itself is only minus three below the normal level, but those are significant deficits for those reservoirs,” McManus says.

Low lake levels are only one example of the drought’s impact in southeast Oklahoma. McManus says wildfires are on the rise and trees are dying.

“The trees down in that area are susceptible to drought, and to be quite honest a lot of those trees are still distressed from the 2010-15 drought,” McManus says. “So putting more stress on them now just adds to their danger.” 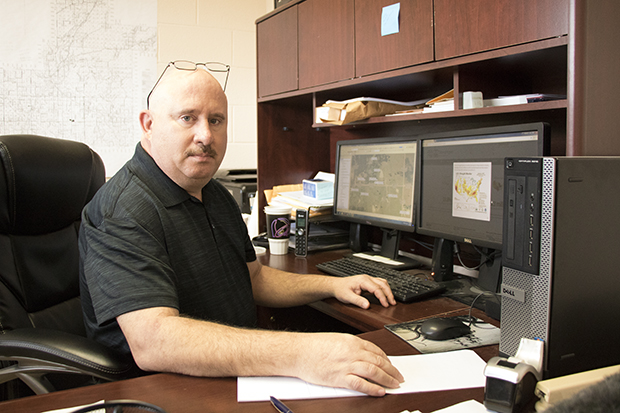 Something else to consider: Oklahoma City pipes water from Atoka Lake to meet the thirsty metro’s growing needs. And though the drought isn’t as bad in central Oklahoma, the region is still very dry, putting even more pressure on Atoka Lake.

“You can see the water levels lowering. That’s an indication that this water is being used — this water that we take from the lake into the water treatment plants,” Oklahoma City Utilities Department spokesperson Debbie Ragan says.

Ragan says the situation is far from dire right now, but her department stands ready to implement further restrictions on water use if necessary.

“At the end of December, Oklahoma City had an accessible water supply of about 65 percent of the total available water supply when the lakes are full,” Ragan says. “So there are no current concerns warranting any additional action at this time.”

Ragan says the city remains permanently in “Stage 1” water restrictions, which limits days residents can water lawns or outdoor plants. It’s a lesson learned during the crippling five-year drought that ended in 2015.

“This is a relatively low water use time, so we think we’re in good shape for now,” Ragan says.

McManus says what’s happening in Oklahoma mirrors the current trend across the southern U.S.: Drought spreading from southeast to northwest.

Other states in the region have been luckier — Texas got a big dose of moisture last week — but Oklahoma got caught in an unfortunate pattern. Rainfall ebbed in early summer, as is usually the case, but the state all but missed its secondary rainy season this past fall. The winter months are typically the driest, so the drought has taken hold.

“Now that La Niña has weakened so much I think they’ve really taken some of those impacts away,” McManus says. “So I think there is some hope that we might come back to a normal precipitation pattern as we get into the spring.”

McManus says Oklahoma experienced a similar climate pattern in its history — a long-lasting drought peppered with the occasional wet year. That happened in the 1930s, during the Dust Bowl years.