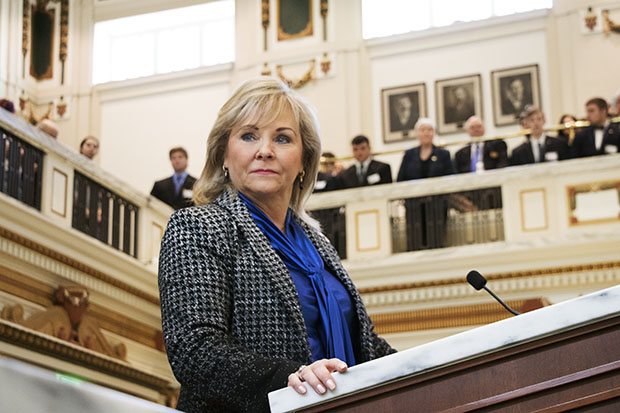 Speaking on the House floor in March, Hickman said the legislation — which doesn’t mention earthquakes or seismicity specifically — reaffirms a power the Oklahoma Corporation Commission has already been asserting: The ability to “take whatever action is necessary,without notice and hearing” when responding to emergencies.

Scientists say Oklahoma’s dramatic spike in earthquakes is likely related to oil-field waste fluid disposal operations. The Corporation Commission in 2015 ramped up its efforts to curb the shaking, asking scores of operators to shut down, reduce the depth, or limit the amount of fluid pumped into hundreds of underground disposal wells.

Most operators have agreed, but SandRidge Energy initially refused to comply, prompting the agency to prepare a legal challenge that was resolved before it appeared in a courtroom.