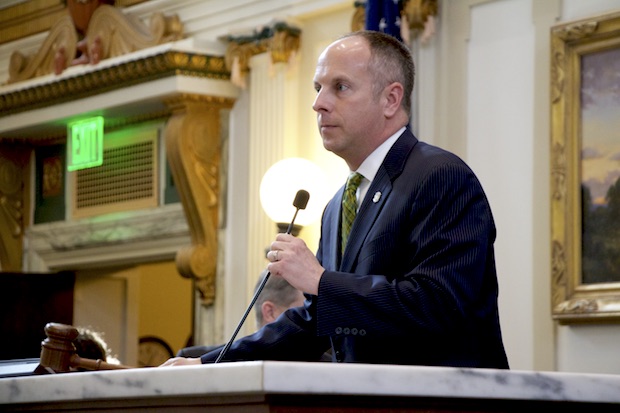 The Oklahoma House on Monday voted to approve legislation clarifying and confirming the authority of state oil and gas regulators to take actions designed to stop industry-linked earthquakes.

The measure, House Bill 3158, authored by House Speaker Jeff Hickman, R-Fairview, gives the Oklahoma Corporation Commission exclusive jurisdiction to “take whatever action is necessary” in responding to oil-field emergencies. The bill’s language doesn’t mention earthquakes specifically, but, speaking on the House floor, Hickman said industry-triggered shaking was an impetus for the legislation.

Hickman said HB 3158 gives the Corporation Commission “the authority to do what they, in many cases, are already doing.”

The commission’s response to Oklahoma’s surge in earthquakes, which scientists have linked to oil-field wastewater disposal operations, has evolved from tougher data-collection rules and permit scrutiny to directives issued asking operators to shut down wells or slash the amount of fluid pumped underground.

In recent months, the commission has issued its most aggressive regulatory actions, including plans in February and March designed to reduce volumes of wastewater injected into hundreds of wells over roughly 10,000 square miles in central, northern and western Oklahoma.

The commission has reported widespread compliance with the directives, which are voluntary, but some well operators have resisted.

Hickman said HB 3158 was written to keep the oil industry from questioning the commission’s emergency authority to stop or limit oil-field operations. The measure passed 92-0 and now goes to the Senate.

In a statement, Democratic Rep. Richard Morrissette of Oklahoma City, an outspoken critic of the state’s response to oil and gas-linked earthquakes, said the measure didn’t go far enough.