Children play in a small tributary of the Illinois River near Tahlequah, Okla., in May 2015. 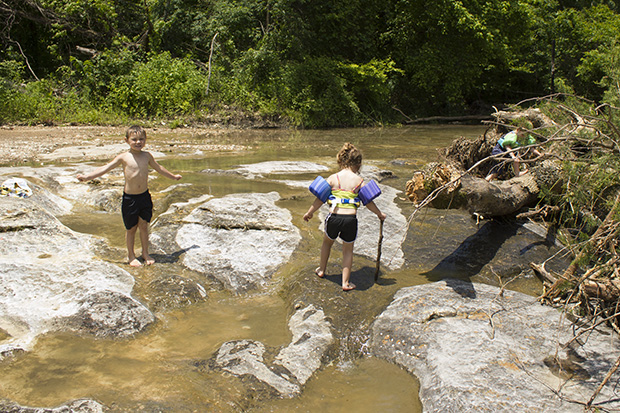 Children play in a small tributary of the Illinois River near Tahlequah, Okla., in May 2015.

Oil and gas are endangering the Oklahoma’s streams, soil and wetlands. Not by polluting them, but because plummeting oil prices have blown a billion-dollar hole in the state’s budget. Funding cuts at agencies that manage Oklahoma’s natural resources could threaten the state’s beauty, as well as people’s lives and property, officials say.

When the Oklahoma Conservation Commission’s Robert Hathorne spoke with StateImpact last summer, he lamented how much work it takes to maintain thousands of flood control dams with little money and manpower.

“The idea of maintaining an infrastructure of over 2,000 dams with nine people — that’s a tall order,” he said.

At the time, the Conservation Commission was facing a 4 percent cut in its state appropriation and had to leave on the table $32 million in federal matching money for upgrades to aging dams that keep floodwaters from inundating populated areas and farmland.

“If we don’t receive that $11.8 million from the state, $32 million federal dollars for Oklahoma’s infrastructure upgrades goes away. It’s going to go to another state,” Hathorne said.

The Conservation Commission didn’t receive the money last year. And it’s not looking good this year either. 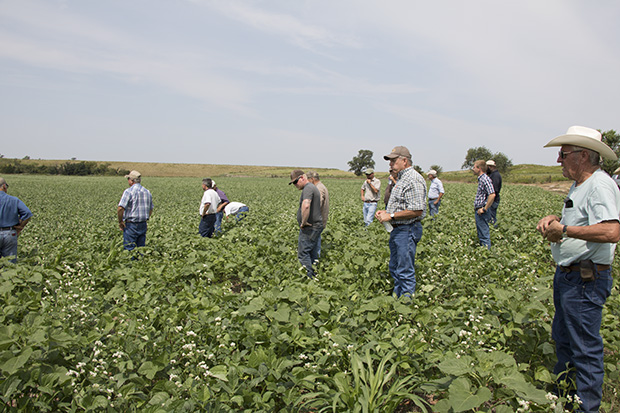 Western Oklahoma wheat farmers learn about sustainable farming practices from the Oklahoma Conservation Commission in a field near Leedy, Okla., in August 2015.

After state finance officials declared a “revenue failure” in December, the Conservation Commission took a mid-year cut like every state agency. More cuts are expected when the new fiscal year begins this July. Hathorne, maybe the agency’s biggest cheerleader, has moved on to another job and there’s no money to replace him.

Lam is the commission’s executive director, and he says dams are too important to put on the back burner.

He says there could be big problems if funding continues to lag as the aging earthen structures get even older.

“Then there is the potential in the future of having a dam fail,” Lam says.

While the Conservation Commission works to clean up streams across the state, the Scenic Rivers Commission focuses on maintaining the beauty of the Illinois River and a handful of other specially protected rivers in northeast Oklahoma. They’re kind of like the police for the river — cleaning up trash, permitting canoes and floats, finding drowning victims, and keeping drunken tourists in check. 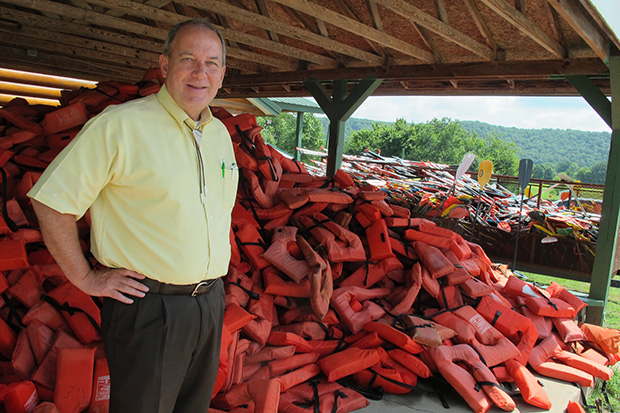 Ed Fite, executive director of the Oklahoma Scenic Rivers Commission, stands next to a mountain of life vests at one of the resorts on the Illinois River.

Ed Fite with the Scenic Rivers Commission talked to StateImpact last May after the agency saw nearly a quarter of its budget from the previous year disappear, putting an important floodwater monitoring program on the chopping block, and fanning talk of agency consolidation that’s only grown louder since.

“We cannot provide all the services that we have been accustomed to providing,” Fite said. “We’re down to four full-time employees. I would’ve never thought that I would’ve seen that when I went to work in 1983.”

In an email exchange this month, Fite said the budget situation at the Scenic Rivers Commission has gotten so bad he can’t even dismiss workers to save money, because the Commission can’t afford to pay laid off employees for leave time they didn’t use.