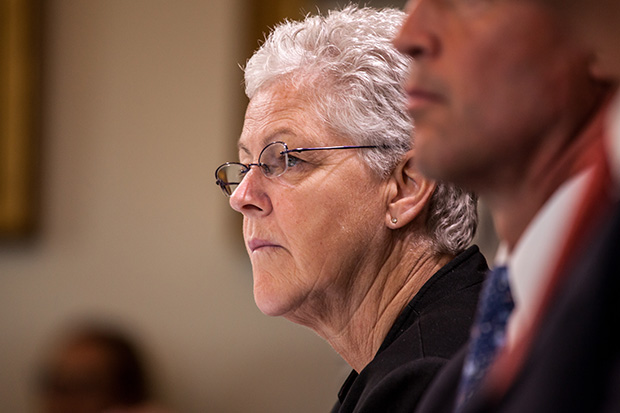 A report from the non-partisan Government Accountability Office concludes the U.S. Environmental Protection Agency’s social media push for support of its “Waters of the United States” rule broke federal law and amounts to “covert propaganda.”

The Environmental Protection Agency engaged in “covert propaganda” and violated federal law when it blitzed social media to urge the public to back an Obama administration rule intended to better protect the nation’s streams and surface waters, congressional auditors have concluded.

The ruling by the Government Accountability Office, which opened its investigation after a report on the agency’s practices in The New York Times, drew a bright line for federal agencies experimenting with social media about the perils of going too far to push a cause. Federal laws prohibit agencies from engaging in lobbying and propaganda.

The report cites two specific examples of when the EPA went too far in promoting the Waters of the U.S. rule online, first with a Thunderclap social media blitz directed at 1.8 million people, many of which would not have known it came from the EPA, then when one of EPA’s public affairs officers blogged about not wanting to get sick from pollution when surfing:

That post included a link button to an advocacy group that discussed the danger that polluted water posed to surfers and, at least at one point, also included text that said “Take Action,” telling the public to “tell Congress to stop interfering with your right to clean water.”

Federal agencies aren’t supposed to call on the public to contact Congress to lobby on their behalf about pending legislation, and Congress is considering a bill to block the Waters of the U.S. rule.

The GAO’s report comes after an investigation requested by the Senate Committee on Environment and Public Works, of which Republican U.S. Sen. Jim Inhofe of Oklahoma — a chief opponent of the EPA under President Obama — is chairman.

“G.A.O.’s finding confirms what I have long suspected, that E.P.A. will go to extreme lengths and even violate the law to promote its activist environmental agenda,” Senator James M. Inhofe of Oklahoma, who is chairman of the Senate Environment and Public Works Committee and is pressing to block the rule, said in a statement Monday.

EPA officials insist they did nothing wrong, and that the agency has a right to promote its policies publicly. The New York Times reports the amount of money spent on the campaign was probably trivial, and the likely punishment would be a simple acknowledgment that a mistake was made. Still, it will give more fodder to Republican opponents of the Waters of the U.S. rule as they push to block it as part of a larger government spending bill this week.

As StateImpact has reported, there’s strong resistance to, and a lot of confusion about, the Waters of the U.S. rule in Oklahoma.