One Rainy Spring Not Enough To Stop Aquifer Declines in Oklahoma 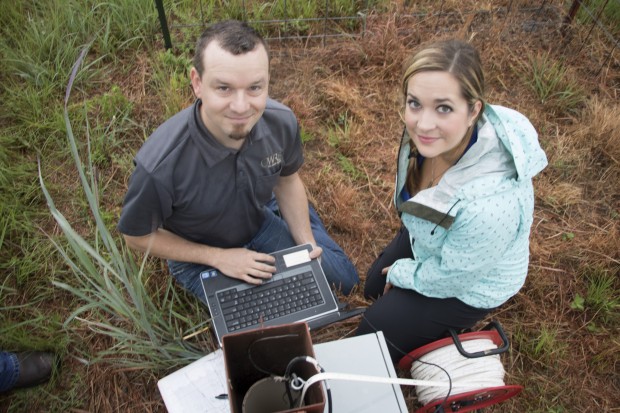 Almost half of the water used by Oklahomans comes from aquifers, and four years of drought increased that reliance. This year’s record-setting rainfall filled up the state’s lakes, but recharging aquifers doesn’t happen so quickly.

The Oklahoma Water Resources Board uses underground sensors to monitor groundwater levels at several sites across the state.

But the sensors’ accuracy needs to be checked manually, which means piling into an SUV with scientists and heading to the country.

On a recent trip to the Spencer Mesonet Station, water resources geologist Jessica Correll attached a metal probe to a long tape measure and fed it down into the Garber-Wellington Aquifer.

The probe descended about 50 feet before striking water.

Despite the record rainfall since March, the readings show water levels here are steadily dropping. Correll isn’t surprised. Water from big rain events can quickly run off before soaking in far enough to reach aquifers.

“This particular water might not ever get down there,” Correll says. “If you think about the depth, 50 feet, and everything that’s there, and all of the root systems and everything. You need a nice, slow, soaking rain to get it saturated all through there.” 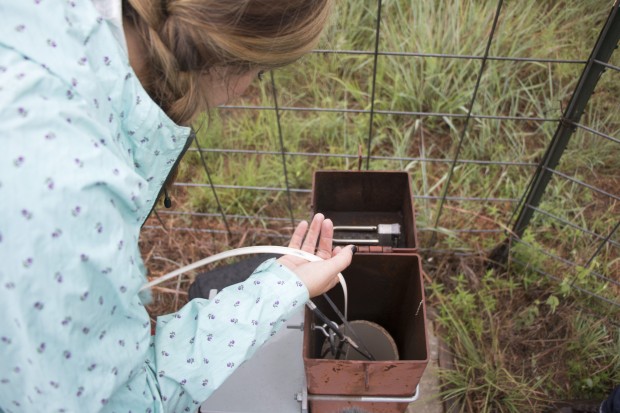 Correll isn’t alarmed. The fluctuations in water level range from a inches to a few feet. Oklahoma’s aquifers have been around for thousands of years, though countless drought and flood cycles. All the recent rain didn’t save them, but the drought wasn’t exactly killing them either — at least not directly.

“The thing is if nobody was using them, they might be more protected from drought, but since people are there and wanting more wells and needing more water, they’re using more when it is drought,” Correll says.

Overuse by people causes wells to start running dry during drought, like in heavily irrigated areas of western Oklahoma, or when large groups of people quickly move to the same spot.

Oklahoma law allows for the slow depletion of aquifers so towns and landowners and have water, farmers can irrigate their fields, and industry can produce. The big question the OWRB faces now is how to manage that depletion, like in the Ogallala Aquifer, which the western Oklahoma agriculture industry has always relied on.

“Most of those producers that rely on that aquifer for their livelihood, and have for generations, realize that if they want their future generations to be able to stay there, live and prosper in the panhandle, they’re going to have to manage that resource and take care of it and make sure it’s there for them 50 to 100 years from now,” Strong says.

The OWRB is currently doing studies on the state’s major groundwater basins, determining how much can be pumped from them each year without depleting them too quickly. Each study can take years. Like rainwater making its way to an aquifer, it’s a slow process.