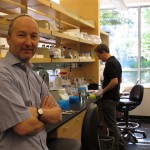 “We’re in an industry that is not entirely recession-proof,” says Adimab co-founder and CEO Tillman Gerngross. “But the drug industry is a lot less volatile and subject to discretionary spending, because people get sick and they need drugs. Fortunately, we’ve been able to establish a sort of leadership position in the discovery of antibody-based therapies, and [the pharmaceutical industry] is very interested in accessing that capability.” 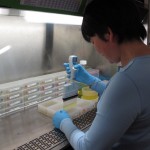 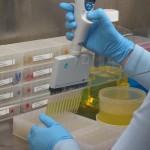 “Dartmouth is certainly a source of talent for us. But I would suggest, in general, most of our employees are at least college-educated. I would say probably more than half of them have advanced degrees, Ph.D’s, Master’s,” Gengross says. “And so those people, they’re done with grad school, and thinking about what they’re going to do next. And at that point in time, they are, in fact, quite mobile.” 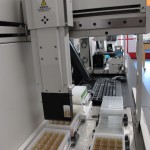 “We just believe in, if you help us build a great company, you’re going to get rewarded disproportionately,” Gerngross says. “And that has helped us a lot to create a culture here that is very loyal. We’ve had very, very few people leave. And we’ve not had issues with people leaving to go to competing companies. None, in fact.” 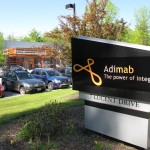 “What has really helped is my previous company [GlycoFi]. A lot of people worked for that company. That company had been acquired [by Merck]. It’s now a Merck research site here. So not only do they have fairly stable jobs here,” Gerngross says, “but they made out very well financially, and word has gotten out that we treat people fairly, we want them to be part of something exciting and something that creates real value.”

As part of our weekly “Getting By, Getting Ahead” series, StateImpact is traveling across New Hampshire, gathering personal stories from the people behind the economy.  In our third installment, we visit a biotech start-up in the Dartmouth-Lake Sunapee region.

Deep inside a nondescript business park in Lebanon, a blocky, industrial building is getting a facelift.  The inside has already been revamped, with big, glass-walled hallways and bright orange accent walls. Every so often, the staccato of hammers, whirring of drills and hiss of nail guns disrupt the quiet.

And that’s just what’s happening at the drug discovery company Adimab in Lebanon.

“We haven’t seen any slowdown tied to the current recession,” says co-founder and CEO Tillman Gerngross.

In some ways, Gerngross is the father of the Upper Valley’s biotech community. Originally from Austria, Gerngross came here in the late 1990s to be a professor of bioengineering at Dartmouth College. Adimab is the second venture he’s spun out from his Dartmouth research. The pharmaceutical giant Merck bought his first company for $400 million.

“What’s remarkable for me is to look back,” says Gengross, who is 48. “When I came here in ’98, there was no biotech industry here in the Upper Valley. Now, over the years, there are over 100 people — just the companies I started.  So all of a sudden, there is this organic growth triggered by a few entrepreneurial people that have started to build a small little fledgling industry here.”

And Gerngross says most of the credit for that belongs to one place, “Without Dartmouth, this would all not exist.”

Over the past decade or so, the intellectual capital at the college has been generating dividends.  At any given time, 30 to 50 start-ups are working to make it big in the Upper Valley. For every start-up that makes it as Gerngross’ companies have, many more fail.  That’s just the nature of high-risk ventures.

Your Guide To The Upper Valley’s Upper-End Economics

But there’s an additional hurdle to success in this part of New Hampshire: There simply aren’t enough Ph.Ds here to support both the university and anything but a small tech community. Biotech companies in particular are known for clustering in cities like Cambridge, Massachusetts, or San Francisco — places where there are plenty of workers with specialized skills. “People find it hard to envision moving here,” Gerngross says.

It’s something a lot of area start-ups have struggled with.  Ultimately, a number of these companies have succumbed to workforce needs or investor pressure and moved.  Adimab is among a handful of successful exceptions. Gerngross hires people away from the West Coast and Boston — and gets them to stay.

How does he do it? One way is through creating a work culture at Adimab that looks and acts like a cool California start-up. The workers are mainly young, 20- and 30-somethings, and there’s not a lab coat in sight.

But the bigger draw is money. Adimab doesn’t offer especially high salaries compared to others in the industry, but it does offer employees significant amounts of equity in the firm. That way, if the company makes it big or gets bought, the employees will share in the riches.

“We have a very different company,” Gerngross says. “We are taking a philosophy that is much more rewarding to the individual employees than any start-up company that I know. They own about 14 times more than they would own of any other company in any of the biotech hubs like the Bay Area and Boston.”

This is also where having a track record of success has paid off.  When Gerngross sold his last company to Merck, the people who worked there didn’t just get big paydays. They also got to keep their jobs.  The operation is still in Lebanon.

In fact, it’s right next door to Adimab.