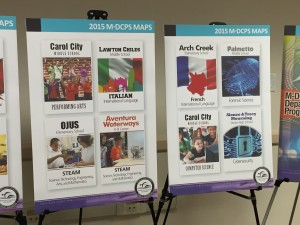 School districts around the country have made similar decisions because research and experience shows suspended students often find more trouble outside of school while on suspension. That can mean more neighborhood crime – and more suspended students getting arrested and charged.

“Traditional outdoor suspensions and disciplinary actions don’t work,” said Miami-Dade schools superintendent Alberto Carvalho. “We ought to understand the root causes of student misbehavior…to actually address the human being behind the behavior, rather than simply condemning it and applying a consequence to it.”

The district is setting up “success centers” so suspended students don’t disrupt classrooms. The centers are staffed by teachers, social workers and other service providers to work with the students – and keep them on their classwork.

“This is not going to be a vacation” for suspended students, said Carvalho.

Research shows that minority students and students with disabilities are more likely to be disciplined than their classmates. A recent study showed black girls in Miami-Dade public schools were disproportionately disciplined.

Carvalho said the district will review who is disciplined and why, but he wants eliminating out-of-school suspensions to be the priority.

The district’s revised discipline policy was just one of many new ideas coming this fall in Miami-Dade public schools.

Students will also have an easier time getting to those programs with new bus hubs. Students will have to get to the “flex stops” on their own, but once there they can catch a ride to magnet programs across the county.

As a result, say school leaders, the flex stops will give more students a chance to enroll in magnet programs. 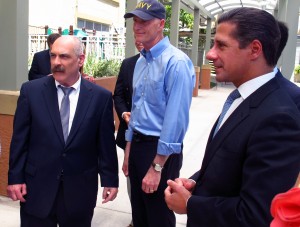 Some of those students will have access to the Internet while on that bus ride. The district is installing WiFi on some of its buses this year. The buses can also work as a hotspot. Carvalho says a bus could stop at a park and provide Internet access in a neighborhood that might not have a library or other public WiFi.

And some parents will be able to track their kids as they ride the bus to and from school. The county will install GPS on about one-third of its buses. Parents can use a smart phone app to track the bus’ location.