A front-end loader moves sand on Delaware Bay Beach in Middle Township, NJ that was badly eroded by Superstorm Sandy. 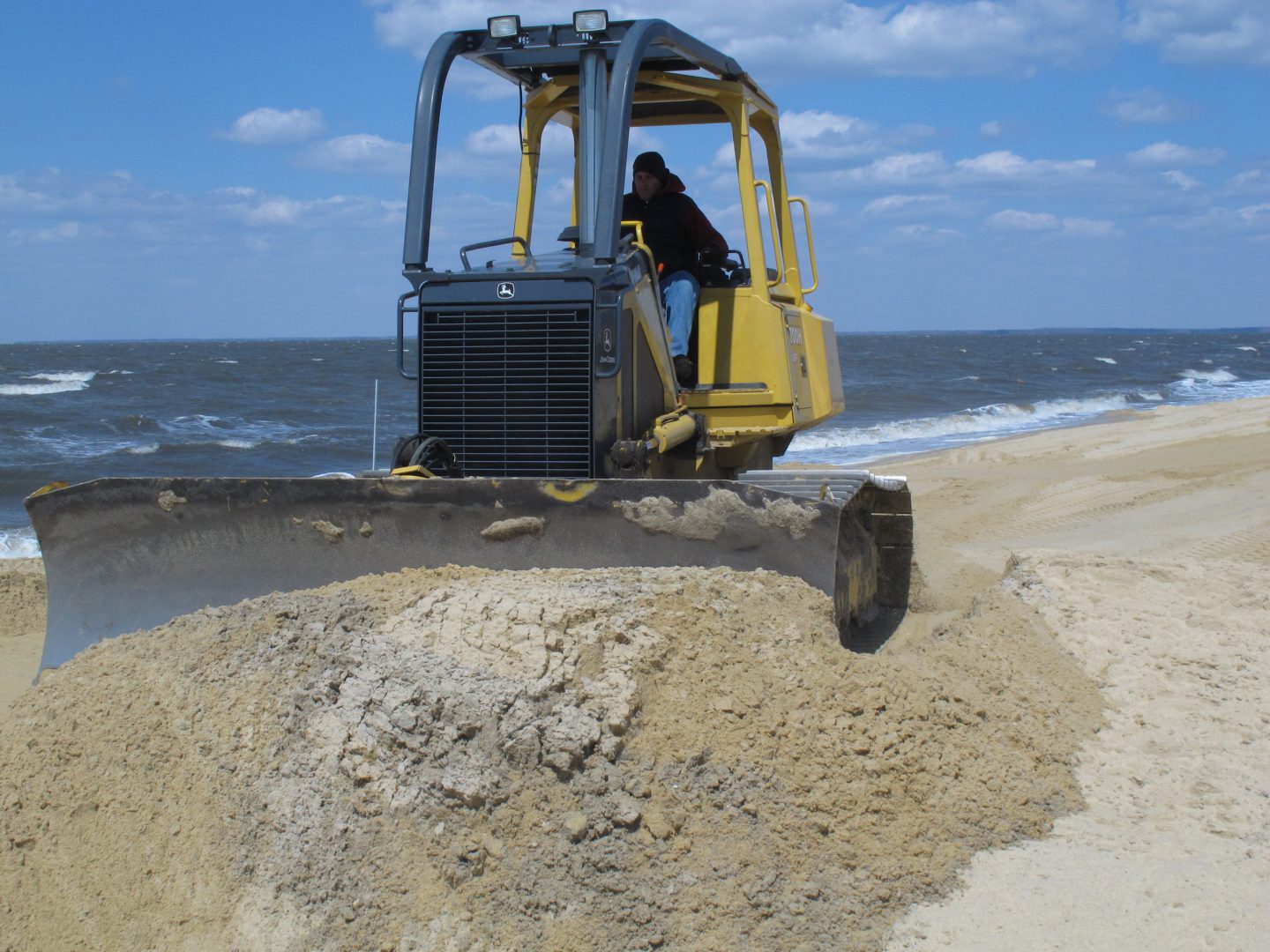 A front-end loader moves sand on Delaware Bay Beach in Middle Township, NJ that was badly eroded by Superstorm Sandy.

New Jersey filed a lawsuit against five oil companies and a trade organization, saying the companies knowingly deceived the public about their contributions to global warming.

“Based on their own research, these companies understood decades ago that their products were causing climate change and would have devastating environmental impacts down the road,” said Platkin in a statement. “It’s long overdue that the facts be aired in a New Jersey court, and the perpetrators of the disinformation campaign pay for the harms they’ve caused.”

The lawsuit alleges the trade group, American Petroleum Institute, designed public relations campaigns aimed at convincing the public that climate change does not exist and creating confusion and doubt about the role of oil and gas.

New Jersey says this drove continued fossil fuel use that has already devastated the state’s coastal communities with rising seas and increasingly severe storms, along with extreme heat.

The New Jersey Department of Environmental Protection, and the Division of Consumer Affairs joined the Attorney General’s office in filing the complaint in Superior Court in Mercer County.

“Our shore communities have had to rebuild boardwalk landmarks, construct large dunes and devise other engineering solutions to recover from and respond to devastating storms,” said Cari Fais, acting director of the Division of Consumer Affairs.

The complaint alleges the companies violated the Consumer Fraud Act through a disinformation campaign that began in the 1980s. It also says the defendants had a legal obligation to warn consumers about the impacts of fossil fuel use.

A spokesman for the American Petroleum Institute (API) defended the industry’s efforts to cut its carbon emissions and said the lawsuit‘s claims are false.

“The record of the past two decades demonstrates that the industry has achieved its goal of providing affordable, reliable American energy to U.S. consumers while substantially reducing emissions and our environmental footprint,” said API spokesman Scott J. Lauermann.

“At a time when gas prices are once again on the rise and America’s energy security is of the utmost concern, it is unsettling that the state has decided to pursue this litigation,” said New Jersey Business and Industry Association lobbyist Ray Cantor. “Energy is essential to our modern economy and our way of life. Reliable, affordable energy runs our factories, heats and cools our homes, and powers our transportation sector.”

The lawsuit seeks an injunction against the companies and API to halt their public relations campaigns along with monetary penalties and damages to help restore protective wetlands and protect residents from future impacts of global warming such as sea level rise and destructive storms.