Environmentalists hail latest Pennsylvania budget, even as a key climate program is on hold

State parks are among budget winners 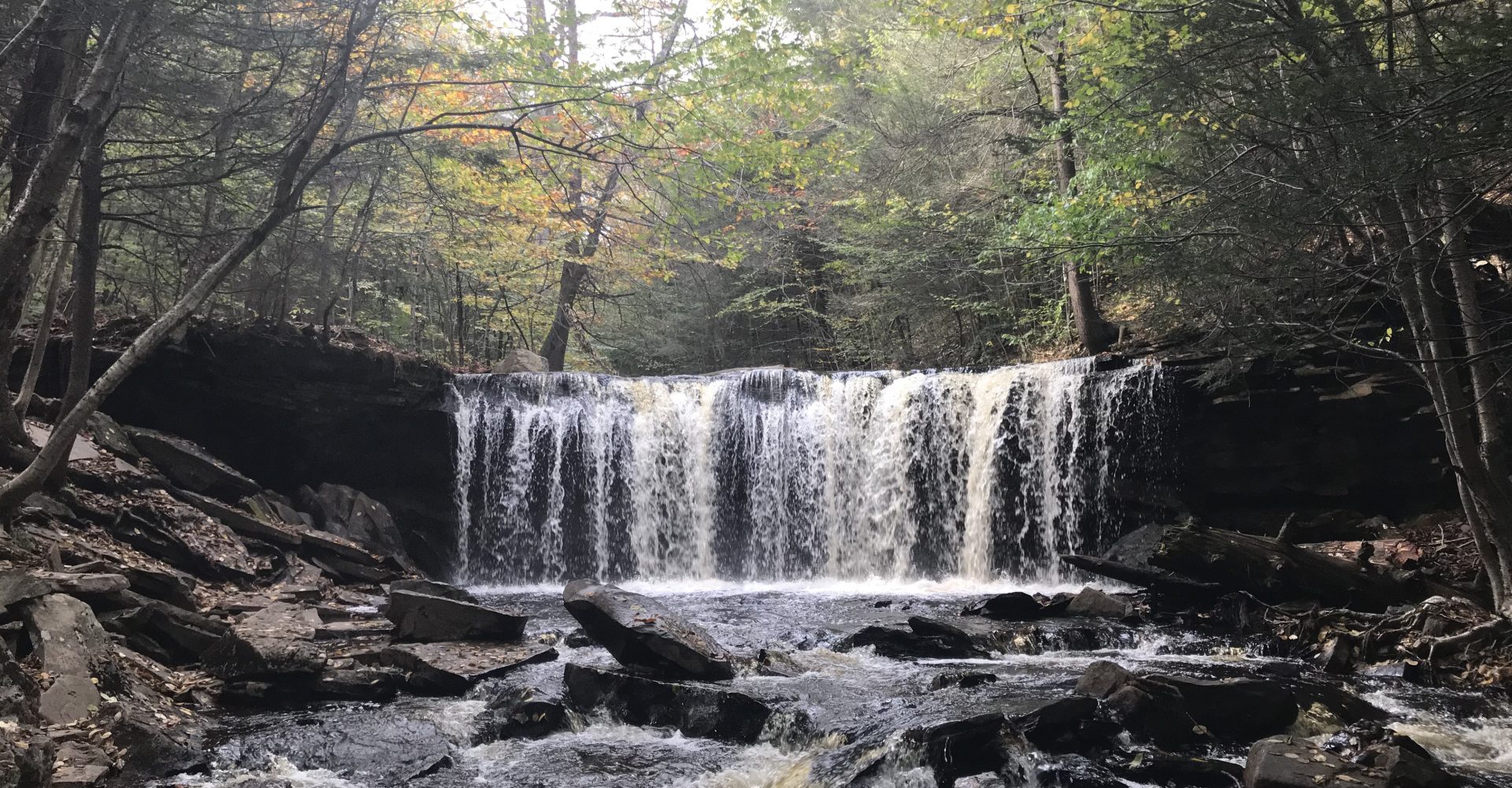 Update, 4: 25 p.m. July 26: Pennsylvania’s participation in the Regional Greenhouse Gas Initiative is back on hold following a judge’s order.

The Department of Environmental Protection had appealed a preliminary injunction to the state Supreme Court. That action gave DEP the ability to continue running the program.

But Senate GOP leaders who oppose joining RGGI asked the Commonwealth Court to enforce the injunction.

On Monday, Judge Michael Wojcik granted that request. This order confirms his July 8 order and the preliminary injunction will stay in effect until a trial can be heard this fall.

The Supreme Court has not set a hearing date or issued a decision in the DEP’s appeal.

Advocacy groups say the new state budget is a huge win for the environment that makes historic investments in Pennsylvania’s waterways and green spaces.

But the budget does not specifically fund actions to address climate change or reduce greenhouse gas emissions. And the fate of the Wolf Administration’s main climate program – entry into the Regional Greenhouse Gas Initiative – is uncertain due to a pending court challenge.

What is clear is that water and conservation programs are getting significant new money. The $45 billion budget gives $640 million to such programs, including more than $300 million to upgrade stormwater and sewer systems and $100 million to improve state parks and forests.

“This is a truly transformative, generational investment in conservation,” said Ezra Thrush, senior director of government affairs at PennFuture.

Gov. Tom Wolf asked for a $5 million increase for DEP to hire 40 new staff in his budget proposal. Advocates noted agency funding is still below where it was in the early 2000s.

The $100 million going to the new State Parks and Outdoor Recreation Program comes from the federal American Rescue Plan Act, and will pay to create three new state parks and to address a backlog of maintenance needs in existing parks. The locations for those new parks haven’t been chosen.

The budget also establishes a Clean Streams Fund, which is getting $220 million in ARPA money. The fund will go to help farmers with conservation practices and to reduce runoff. It can also be used to improve watersheds and lessen pollution flowing to the Chesapeake Bay.

Thrush said while there’s still a gap in what’s needed to fully clean the commonwealth’s waterways, the money will help the state with its Chesapeake Bay goals. Other states in the bay watershed have sued the federal Environmental Protection Agency for failing to hold Pennsylvania accountable to its pollution reduction targets. The EPA recently stepped up enforcement in the state.

Molly Parzen, executive director of Conservation Voters of Pennsylvania, said this year’s increases were made more palatable to lawmakers by the availability of ARPA funds and larger-than-expected state tax revenue.

“I don’t want to look a gift horse in the mouth here, but I do think it made the calculus a lot easier,” Parzen said.

She added it’s heartening to see that conservation is a bipartisan decision.

“You can fight about climate change all day long, but at the end of the day when they had money on the table that they had to spend, both the Republicans and Democrats agreed to spend it on these environmental and conservation priorities,” Parzen said.

Thrush said that while the budget does not set emission reduction goals or fund programs with specific climate goals, there is a connection between conservation and climate change. He said preserving green spaces and planting buffers along streams can help reduce emissions by allowing plants to absorb and store carbon dioxide.

Parzen said she thinks the environmental and energy efficiency investments in the budget will treat symptoms of larger problems, but leaves the umbrella problem of climate change unaddressed.

The Republican-controlled legislature has voted against Wolf’s plan to enter the state in RGGI but failed to get a two-thirds majority needed to stop the program.

GOP leaders are now fighting the regulation in court.

A Commonwealth Court judge granted preliminary injunctions in the GOP’s case and another brought by coal and power plant groups. The orders pause enforcement of the regulation until a trial can be heard this fall.

The DEP is appealing the stay to the state Supreme Court. That action lifts the injunction and allows DEP to continue to work on the rule. GOP lawmakers are asking for the injunction be enforced. The court has not yet set a hearing date in the matter.

If the stay remains in effect, Pennsylvania won’t be able to participate in the September RGGI auction, the process by which power plants buy allowances to cover their emissions. The state expected to make about $200 million this year if it had joined the program at the start of the year.

States can use the money raised at RGGI auction to invest in clean energy, energy efficiency, and other measures to benefit people in the state.

This story has been corrected to show that states in the Chesapeake Bay watershed are suing the federal Environmental Protection Agency over Pennsylvania’s failure to meet pollution reduction goals.