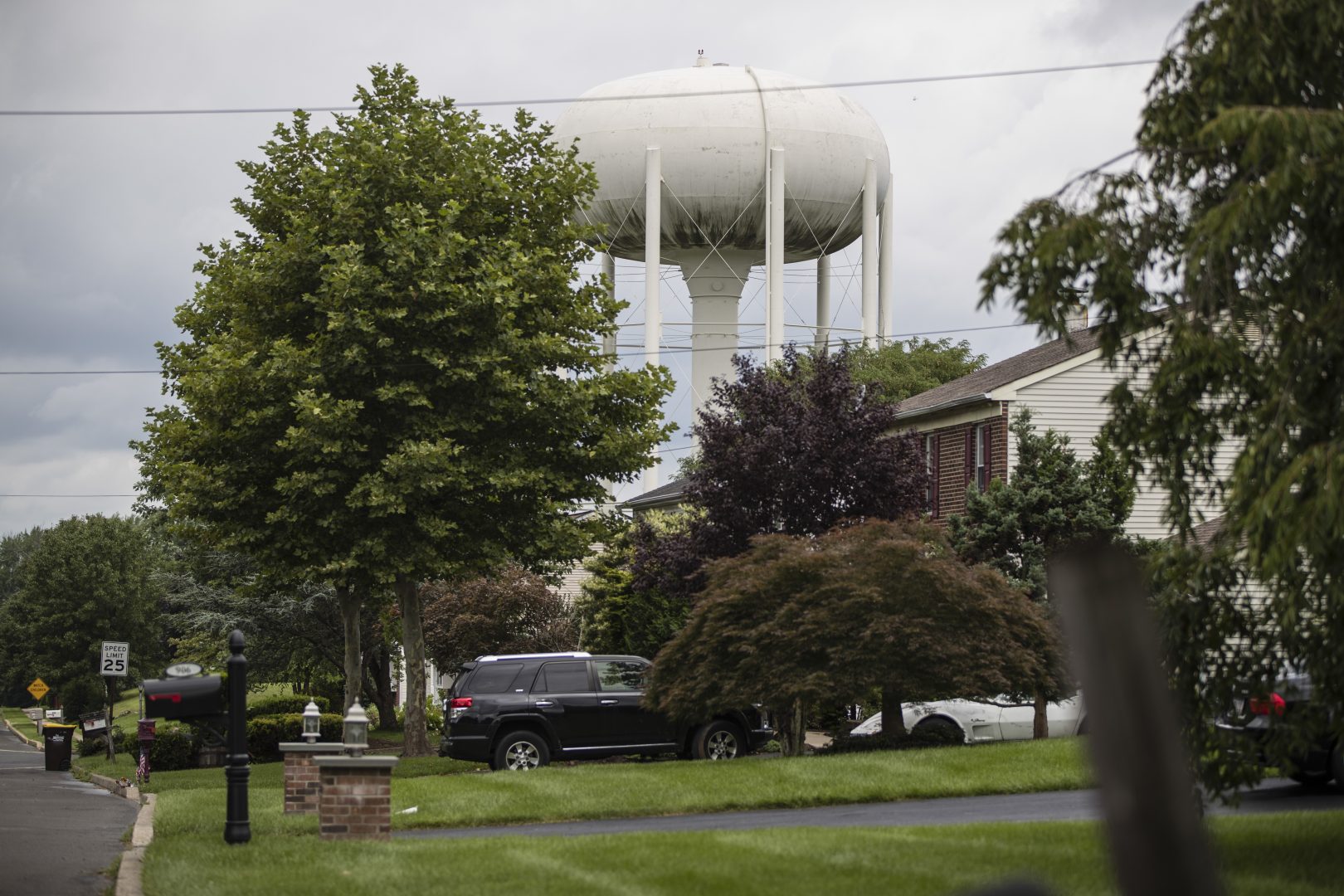 The federal government warned that the potential health impacts of a group of chemicals known as PFAS are much more pervasive than previously acknowledged.

On Wednesday, the Environmental Protection Agency set a new health advisory for four PFAS chemicals, including for two PFAS chemicals that previously had no advisory. PFAS, an abbreviation for perfluoroalkyl and polyfluoroalkyl substances, are used in many products that require separating water and oils, such as water-resistant clothing, fast-food wrappers and carpets. They are often referred to as “forever chemicals” because they don’t break down easily.

And because they don’t break down, they will often find their way into groundwater. About one-third of the 412 drinking water systems tested for PFAS last year in Pennsylvania detected the presence of the chemicals above the new health advisory.

The previous advisory, set in 2016, allowed as much as 70 parts per trillion of the two most studied PFAS in public drinking water systems. That’s the equivalent of 70 drops in an Olympic-sized swimming pool.

Now, the EPA says those two chemicals, PFOS and PFOA, could be dangerous at levels as low as 0.02 and 0.004 parts per trillion. That’s the equivalent of a single drop in 50 to 250 Olympic-sized swimming pools.

The new levels were set based on a growing body of research from scientists showing the pervasive impacts of the two chemicals, according to the EPA. One study showed that the chemicals reduced the effectiveness of some vaccines in children younger than five at very low concentrations.

“It’s a little bit of an emergency now that we need to stop using these chemicals because they’re so persistent,” she said. “I think a lot of water utilities right now with this announcement are scrambling to think: how in the world are we going to get down to those levels when these contaminants are already so pervasive in the environment?”

What level will protect health?

The EPA is expected to set a legally enforceable limit next year, said David Andrews, a senior scientist for the Environmental Working Group, a nonprofit that has been advocating for more stringent PFAS guidelines for years. But he said that limit, called a maximum contaminant limit, won’t be based only on public health.

“It’s a consideration of the health benefits and what is a safe exposure level but weighed against costs and technical feasibility,” he said.

The new health advisory is so stringent that very few labs in the country can detect PFOS or PFOA at the protective levels. The chemicals build up in the bloodstream over time and can be acquired through other than drinking water, such as contaminated soil and food packaging, said Ng.

“A health advisory level is a level set to say if you’re exposed to this chemical at this level daily for the rest of your life, you will not experience any health effects as a consequence of that exposure,” she said.

Only a handful of water utilities exceeded the previous EPA health advisory in Pennsylvania. But about a third of the 412 systems tested last year by the state Department of Environmental Protection are now above the EPA threshold for either PFOA, PFOS or both.

“It isn’t that suddenly your water is more contaminated. It’s that we know more about the health effects,” said Ng. “And the level that was set is supposed to be very protective of the most vulnerable individuals.”

The DEP tested only a small sample of drinking water systems last, so the state likely hasn’t identified all systems with contamination yet.

The DEP said that it would consider the new federal health advisory standards in Pennsylvania as it works to set its own legally enforceable limit for both PFOS and PFOA contamination.

“We appreciate the Biden administration’s concern surrounding PFAS chemicals and their commitment to protecting safe drinking water,” wrote Neil Shader, a spokesperson for the DEP, in an email.

Four drinking water systems were tested in Allegheny County last year by the DEP, and two of them, in Coraopolis and Moon Townships, showed contamination above the new health advisory.

Coraopolis reported 5.9 ppt of PFOS contamination, and Moon reported 3.8 ppt of contamination. Both of those results were well below the old advisory of 70 ppt. But they are now roughly 200 to 300 times above the new health advisory thresholds.

Both Moon and Coraopolis are located near military bases at Pittsburgh International Airport. A study by the Department of Defense showed groundwater contamination at the two military bases exceeded even the old health advisory standards and likely had migrated off the bases. In addition, former firefighters at the airport say they used large quantities of firefighting foam on airport property and suspect that there is significant contamination on airport property as well.

A spokesperson for the Allegheny County Airport Authority did not respond to a request for comment. Coraopolis’ Water and Sewer Authority reported even higher levels of contamination during a previous test in 2019 but showed lower levels of contamination when the state retested last year. The utility had considered adding carbon filtration to reduce the amount of PFAS but later decided it was cost-prohibitive for such a small utility.

The EPA announced Wednesday that $1 billion from the federal infrastructure bill would be made available later this summer to small utilities like Coraopolis for PFAS remediation.

Rich Deems, the superintendent of the Coraopolis Water and Sewer Authority, said the authority was in the middle of a study to determine whether it would purchase its drinking water from another water utility. Deems said the authority would likely apply for some federal funding, but depending on the result of their current study, the money might be used to buy water from a utility without PFAS contamination rather than adding additional filtration to their current system.

In the meantime, he said, “The main point is currently that our water does meet all federal and state regulations.”

A representative for Moon Township Municipal Authority didn’t respond to an email request for comment.

The new health advisory included two new chemicals, GenX and PFBS, which have been used by manufacturers as replacements for PFOS and PFOA after those chemicals were discontinued. None of the 412 tested water systems in Pennsylvania reported levels higher than the new EPA health advisory for these chemicals, which are 10 parts per trillion for Gen X and 2,000 parts per trillion for PFBS.

These two new chemicals have a shorter molecular chain and don’t stay in the body as long as PFOS and PFOA, but Ng said the new health advisory shows they can be toxic at high enough concentrations.

Andrews, at the Environmental Working Group, said the new federal health advisory is a big improvement but that regulators now need to address the thousands of PFAS chemicals as an entire class, rather than waiting for additional research to come out about each new chemical.

“A single,chemical-by-chemical approach to regulating these could take many lifetimes,” he said. “And at this point, I think we know enough about the toxicity of these chemicals that they can take action more broadly.”