In Beaver County, a mix of hope and fear over startup of Shell’s ethane cracker | StateImpact Pennsylvania Skip Navigation 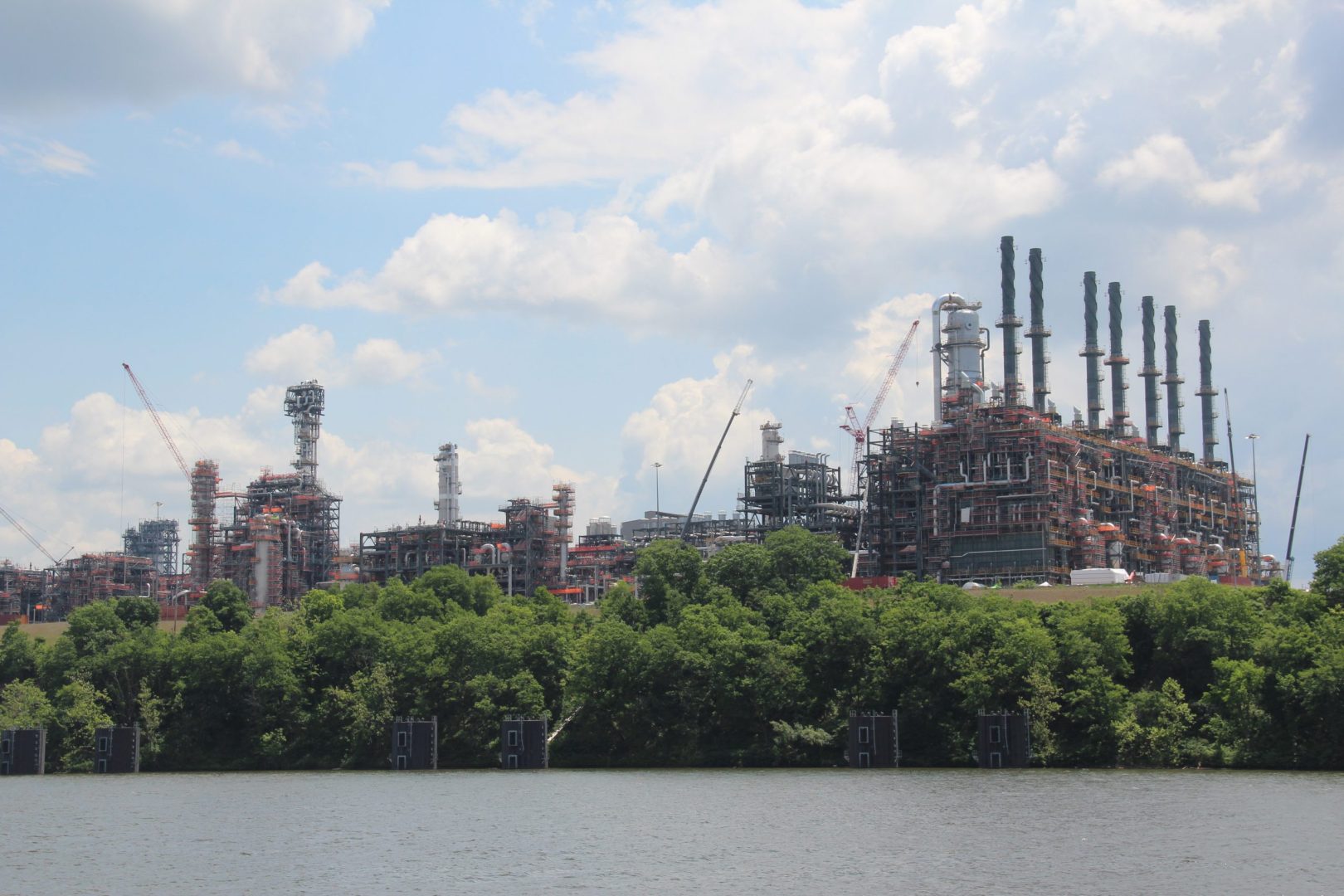 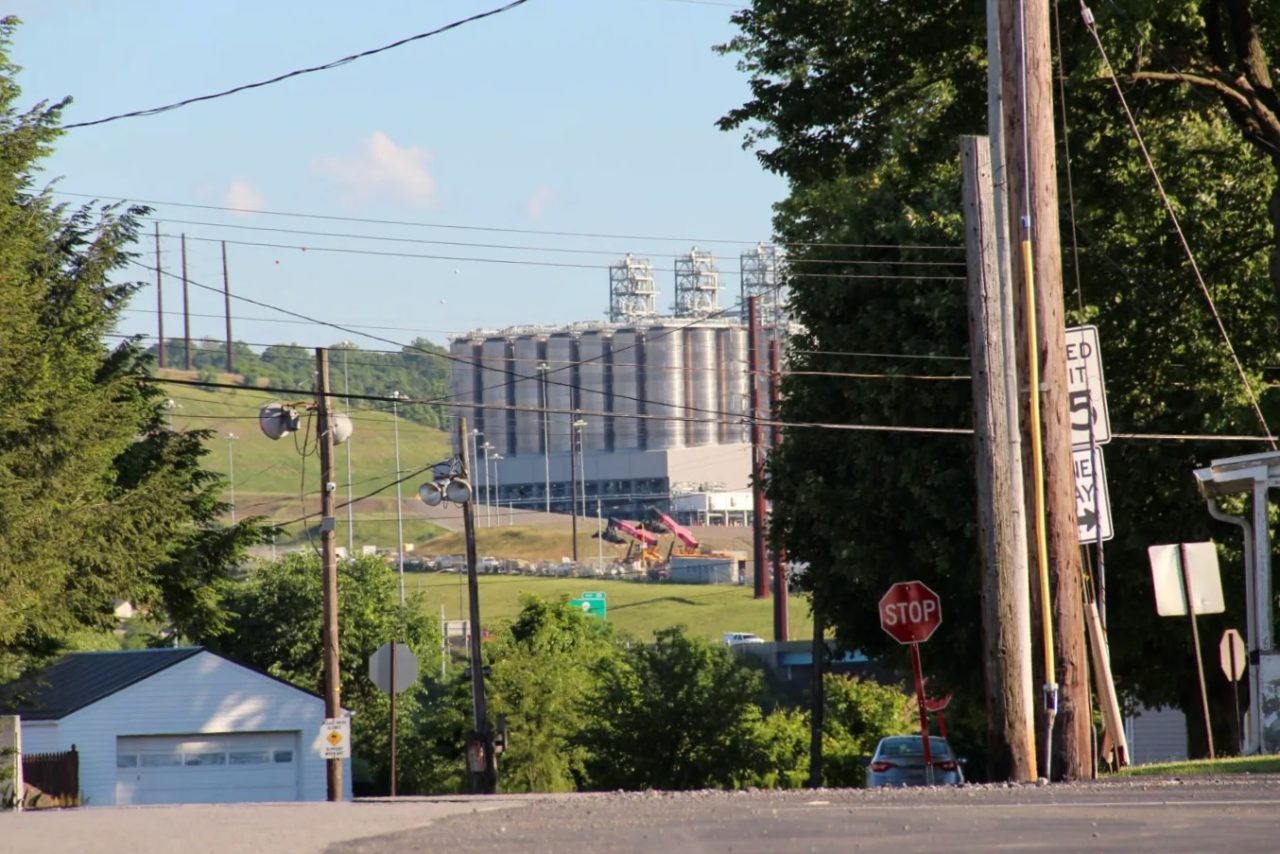 The Shell ethane cracker, as seen across the Ohio River in Vanport, Pa.

For decades, steel mills lined Western Pennsylvania’s rivers, and though they belched out soot and pollution, they put food on the table. It’s a familiar story, nowhere more true than in Beaver County, says Skip Homan.

“Steel in Beaver County was the major source of employment,” said Homan, vice-chair of the Beaver County Partnership for Community and Economic Development. A former CEO of the engineering firm Michael Baker, Homan said when steel left in the 1980s, the county’s tax base tanked, as did its population and school enrollments.

But then came Shell. In 2012, the company said it was considering Beaver County as a potential site for an ethane cracker, a massive chemical plant that would turn natural gas produced from the region’s fracking industry into 1.6 million metric tons of plastic pellets a year. In 2016, it committed to the site.

Homan sensed a big moment coming. “I was thrilled,” he said. “Before Shell, Beaver County was really not recognized, not known. Now Beaver County is on the map.”

The plant received the largest subsidy ever in Pennsylvania – a $1.65 billion tax credit over 25 years. Homan says he didn’t have a problem with that – if that’s what it took to lure the plant to Beaver County.

Now the site, which stretches along about a mile of riverfront, is nearly built. Shell spokesman Curtis Thomas said the workforce is down to 3,000, and has been testing equipment to begin operations this summer.

At its peak, construction of the plant employed 8,500 workers. Many were from out-of-state, and they crowded the county’s hotels, restaurants, and rental apartments. When it opens, it will have 600 permanent jobs.

Since the company’s plans were first announced, the plant has conjured hope as well as fear for many in Beaver County. Some hope for good jobs, while others fear a return of toxic skies and waterways that plagued western Pennsylvania during the steel era.

“I see the light [of the plant] at night from my house,” Homan said. “And no, I’m not bothered…I have a high degree of confidence that Shell will be good for the environment here.”

But some are not so happy. Joyce Hanshaw lives across the Ohio River from the plant in the town of Vanport.

She and her husband Don, a retired steelworker, used to have bonfires in their backyard but stopped since the plant was constructed.

“The whole area here is all lit up all the time. So there’s no really no nighttime here,” said Hanshaw, 72. 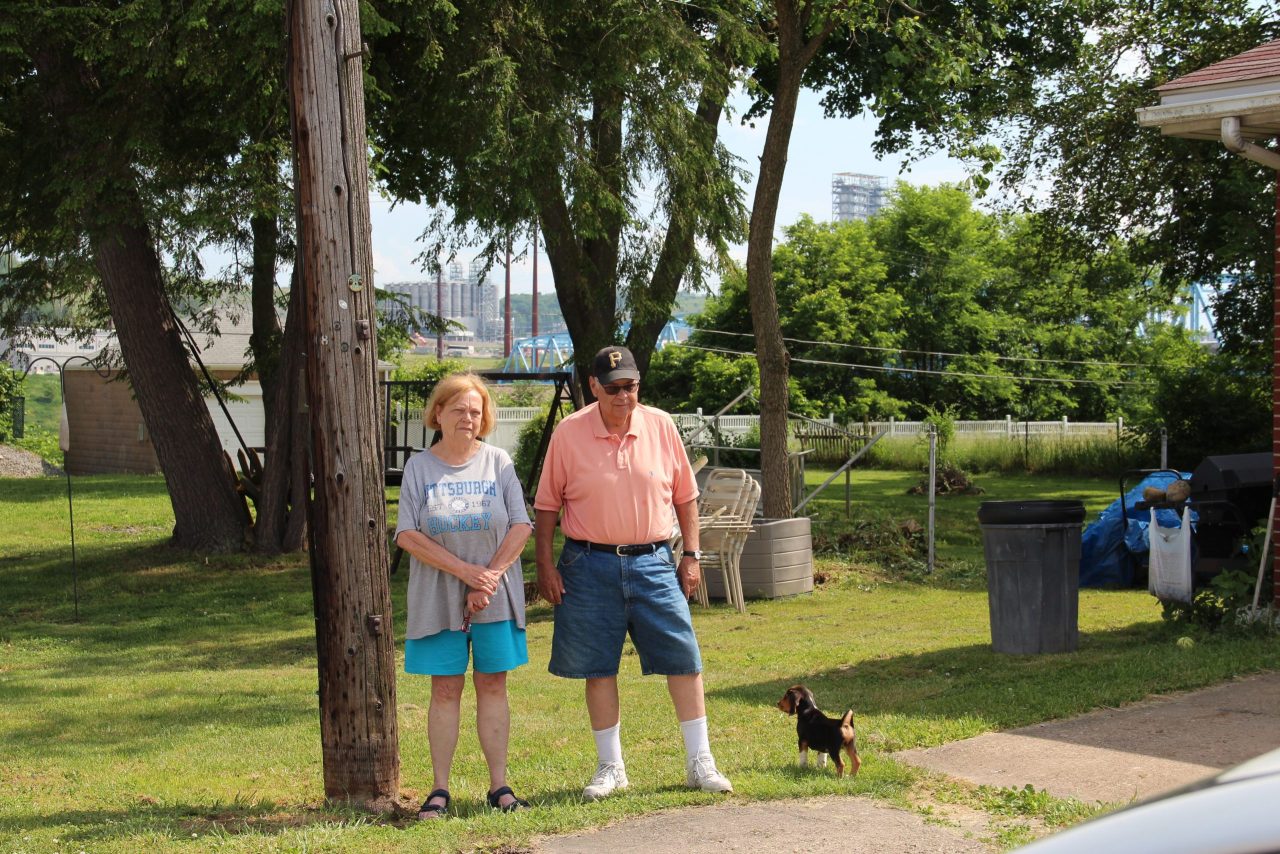 Joyce and Don Hanshaw can see the Shell ethane cracker from their backyard in Vanport, Pa.

Hanshaw and her husband bought their house in 1973. She doesn’t want to move, mostly because the house is paid off. She says she’s already heard strange sounds coming from the plant.

“You heard this whoooo – and didn’t even know what the devil was going on. I thought it was a train coming down the street,” she said.

Hanshaw, who uses an inhaler to help her breathe because of a lung condition, says she’s worried about what kind of health problems the plant might cause when it goes online.

“I’m just wondering for health reasons,” Hanshaw said, “what’s it going to be like?”

Hanshaw is not alone. A couple of miles away lives Dave Blair. He’s a retired shop teacher formally from Bedford County. He built a new house in Monaca, about two miles from the plant, so that he and his wife could be close to their adult children, who live in Beaver County.

Blair has asthma. He wears a dust mask whenever he’s in his basement wood shop. Chemicals in wood finishing products give him the biggest reactions, he says. He manages the condition with medication.

“I get two shots every ten days and then I take an inhaler that costs me $90 a month,” Blair said.

When he built the house in 2014, he had heard about the Shell plant. But he wasn’t aware of just how much air pollution it could create. The plant’s state air permit allows it to emit more than 500 tons of Volatile Organic compounds — also known as VOCs –  a year, more than any facility in western Pennsylvania, and second-most of any facility in the state.

VOCs are chemicals that can form ground-level ozone or smog, which can leave asthma patients wheezing, especially on hot, sunny days.

“I did not realize they would be legally permitted to (release) as much VOCs as they do, and that VOC part of it is what worries me,” Blair said.

Blair has an air monitor outside his house, courtesy of a citizen monitoring project. He hopes that the air quality won’t get worse. He still owns a home in Bedford County in case it does.

“We sort of staked our claim here, and we’ll see what happens,” Blair said.

Hope for new jobs and businesses

Derrick Reynolds is happy that Shell decided to build in Beaver County. Reynolds grew up in the town of Aliquippa, in the last days of steel’s heyday. One of his earliest jobs was disassembling a steel plant. He’s worked construction and on pipelines ever since.

“We haven’t had anything this big since the mills, so why complain about it when people were saying there’s no jobs?” he asked. “How many people left this area because of no work — or no good-paying jobs?”

When Reynolds heard the company was building the plant a few years ago, he took a course on construction at the community college – paid for by Shell – and then got hired at the plant.

He thought more local residents would also get hired, but he says that didn’t happen. “I thought it would be a lot more people from the county that got jobs, as opposed to people out-of-state. But it didn’t work out that way.” 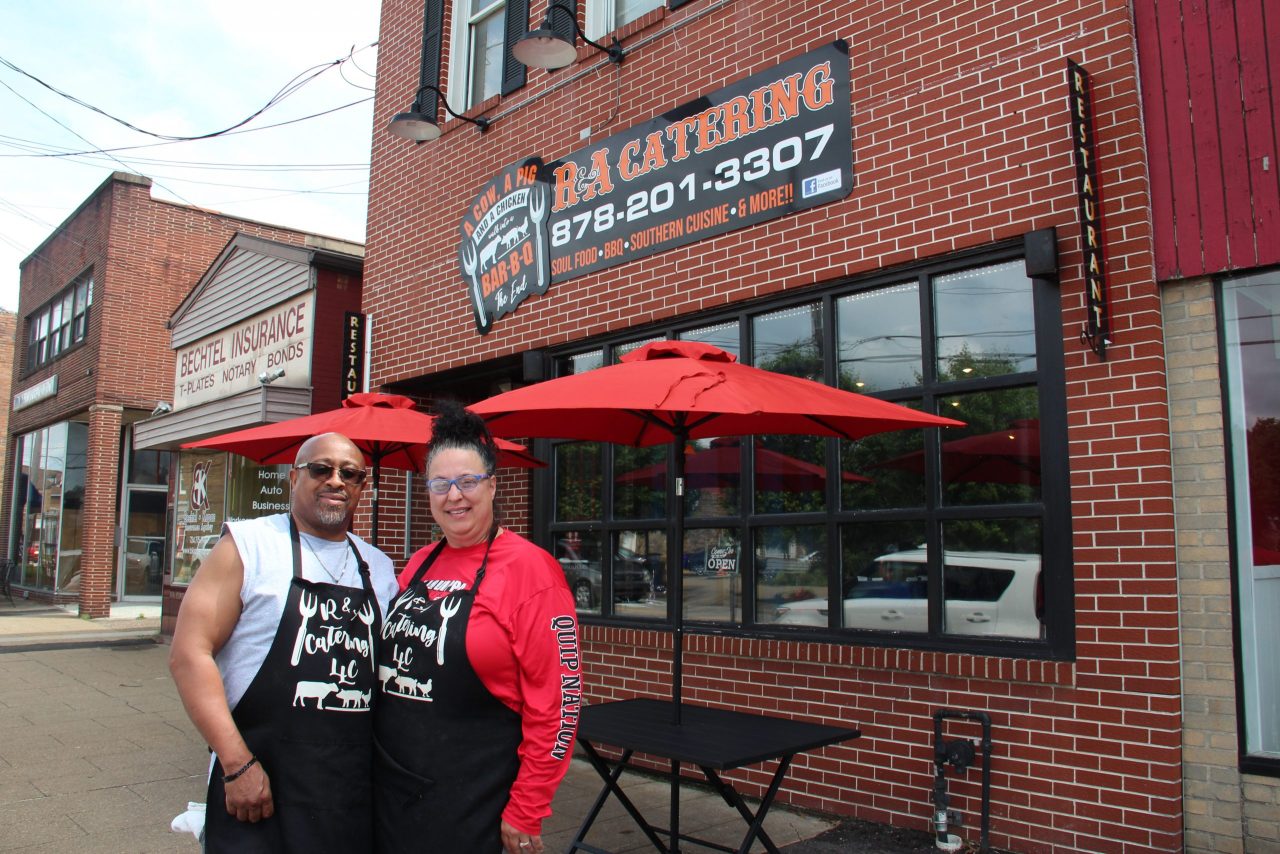 Derrick Reynolds and Anna Emler, in front of their catering business and restaurant in Monaca, Pa.

Reynolds worked at the cracker construction site for two and a half years and left in 2020. Now he runs R&A Catering, a business in Monaca with his fiancée, Anna Emler.

The influx of out-of-town workers has raised rates for rental properties in the area, Reynolds and Emler say, but they say on the whole it’s been good for the area.

“I think it’s bringing some of the communities back, a little bit,” said Emler, who grew up in Monaca. “Communities that were empty spots and vacant businesses. I think that more businesses are now starting to open.” While she can’t say this activity is completely related to the Shell plant, ”there’s definitely more people that are out and about and spending.”

Emler just left her job as a mail carrier to work full time at the food business, filling orders for ribs, mac and cheese, and collards. Some of their most loyal customers are people who work at Shell.

“Before a lot of the jobs went away, the steel mills [were] booming around here,” he said. “You know, it was a lot of exhaust and smoke going on. So to me, this is nothing new.”