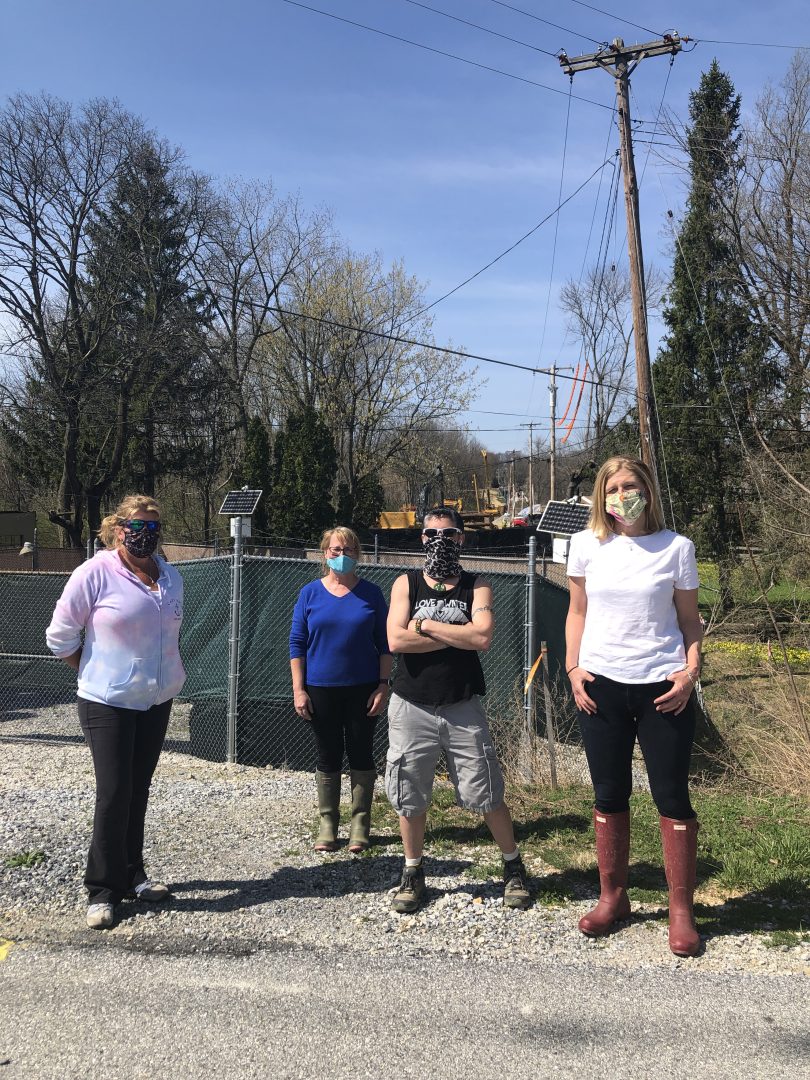 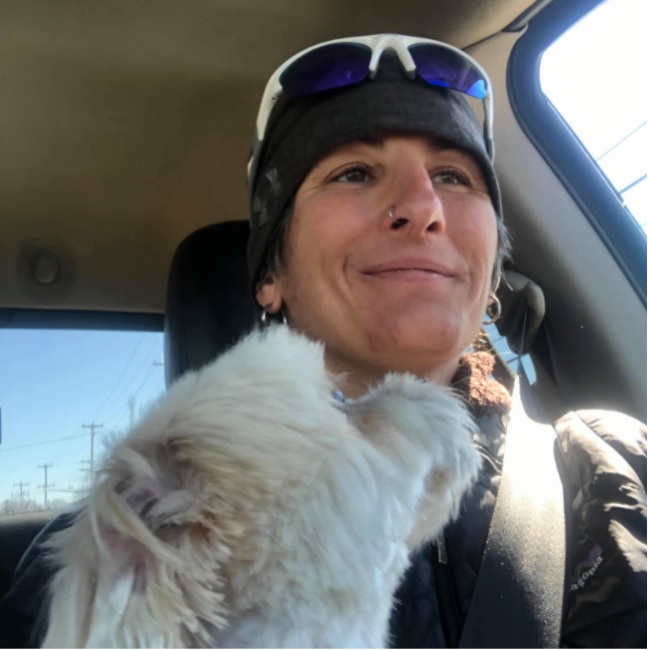 Mariner East pipeline opponent Christina Digiulio, also known as PK Ditty, is running for governor of Pennsylvania as the Green Party candidate, saying she wants to use the forum to advocate for residents affected by industrial pollution.

“It’s like giving a voice to people who have been neglected, in my opinion,” Digiulio said. “There are people in Pennsylvania in 2022 without water. That’s a basic human right. And our own agencies aren’t standing up for them, it seems they stand up for the industry more.”

The Green Party of Pennsylvania is planning to endorse 44-year-old Digiulio Sunday evening, after another declared candidate, Tina Olson, withdrew.

Digiulio, who lives in Upper Uwchlan Township, Chester County, and spent a decade as an analytical chemist for the Department of Defense, is co-founder of the Watchdogs of Southeastern Pennsylvania and the Better Path Coalition and a graduate of Lock Haven University. She said she would never have thought of running were it not for the environmental damage she witnessed from pipeline construction, and the frustration she feels over what she said is a lack of accountability for corporations.

Digiulio is the latest of a string of first-time candidates motivated by pipeline construction to run for local and statewide posts, including State Rep. Danielle Friel Otten, who took office in 2018.

Friel Otten and others ran as Democrats, and Digiulio said she has no illusions about winning the governor’s race as a Green Party candidate. She echoed what many who live along the Mariner East pipeline say about politics: that both parties support oil and gas development and she’s tired of what she calls the “pay to pollute” regulation of corporations.

“They’re getting hit with environmental crimes, and then they get a slap on the wrist, and people are still being harmed and [the companies] still get permits,” Digiulio said. “We’re just asking for simple things like clean water and air, and promises just go away when these elections happen.”

Energy Transfer, which acquired Mariner East builder Sunoco, has paid more than $20 million in fines and penalties related to pipeline construction, which began in 2017 and has caused wetland pollution, dangerous sinkholes, and drinking water contamination across the length of the 350-mile-long line. The Pennsylvania Department of Environmental Protection has issued more than 120 notices of violation to the company. But Digiulio said that has done nothing to halt construction and damage.

Digiulio diligently tracked construction of the controversial line through drone footage, including an incident in Marsh Creek State Park in which Energy Transfer spilled between 21,000 and 25,000 gallons of drilling mud into the lake in August 2020. Her home sits right on the lake. She said the state can and should take a more active role in protecting residents who have lost their well water.

“What happens 20 years down the road if we find out, for example, my aquifer wasn’t recharged right and my well goes dry?” she said. “We need to provide justice to those people and compensate for that. That would be logical to me. An individual doesn’t have the money to do a hydrogeological study. But our state can.”

Though Digiulio doesn’t expect to win the governor’s race, third party candidates easily garner 1% to 4% of the vote in statewide races across Pennsylvania, said Democratic political consultant Neil Oxman. And in a tight race between the two major parties, a Green Party candidate could draw liberal voters away from the Democrat in a general election. But in the 2018 governor’s race, the Green Party candidate took less than 1% of the vote, and the Libertarian candidate took about 1%.

The only Democrat running for governor in the May primary is Attorney General Josh Shapiro. 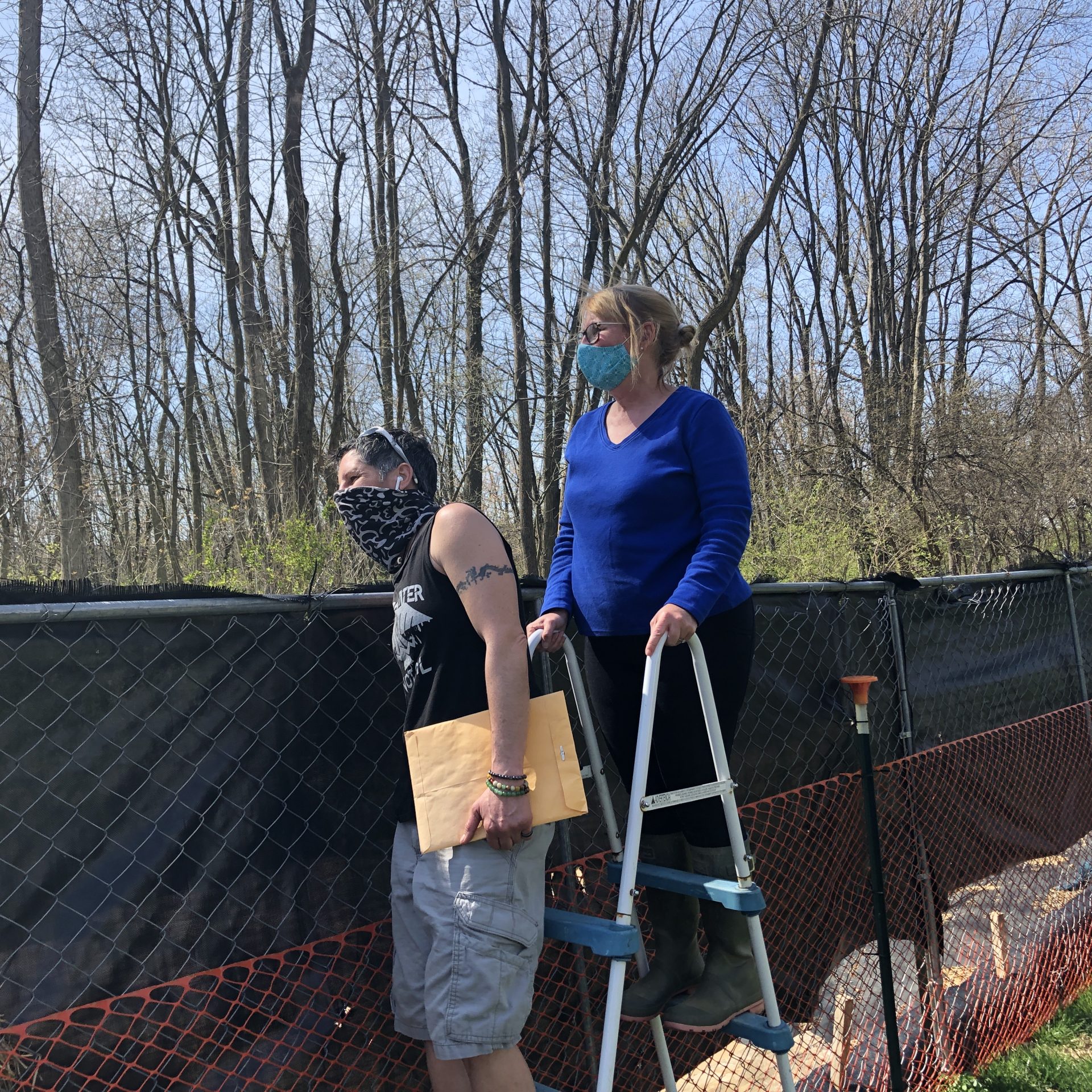 Republicans have about a dozen candidates vying for their party’s nomination, and none is considered an environmental advocate. One of the leading candidates, State Sen. Doug Mastriano of Franklin County, has a lifetime score of zero from the Conservation Voters of Pennsylvania’s annual environmental scorecard. Another, State Sen. Jake Corman, has a score of 25%. U.S. Rep. Lou Barletta has a League of Conservation Voters score of 5%.

Shapiro, however, is considered by statewide environmental groups to be an ally, having garnered a 92% rating during his tenure as a state representative.

“I think Josh has a strong environmental record,” said David Masur, executive director of PennEnvironment. “When he was a state legislator, he regularly voted the right way on the environment, and environmental policy was a priority for him.”

Under Shapiro, the Attorney General’s Office convened a grand jury and filed 48 criminal charges against Energy Transfer related to the Mariner East pipeline construction. He also joined lawsuits with other state attorneys general challenging a number of environmental rollbacks during the Trump administration, including those related to clean car standards and energy efficiency standards.

Shapiro also has a climate plan, which includes a goal of net-zero greenhouse gas emissions by 2050.

Digiulio said she’s grateful for Shapiro’s work as attorney general regarding the criminal charges against Energy Transfer. But she worries that it was done to score political points, and that people like her won’t get to see the company, or its executives, in court.

“I don’t know how to explain it, but it kind of feels like we were used,” she said.

“I want it to stop,” she said of the pipeline. “I know too many people who have been harmed, so let’s just stop this.”