Harvard study looks at Medicare records of 15 million from around the U.S. 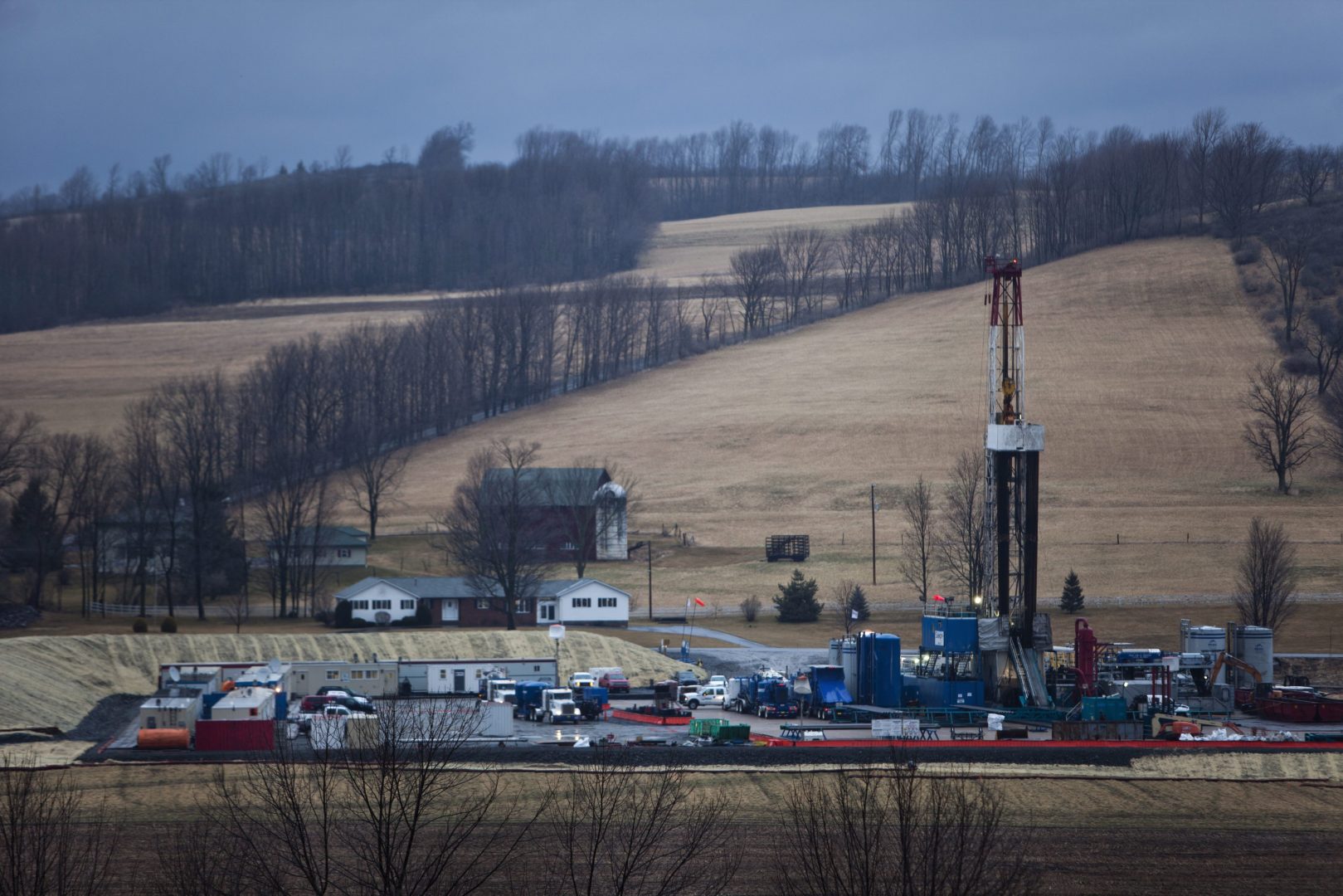 A new study has found that elderly Americans had a higher risk of dying prematurely if they live near or downwind of fracking sites.

The study, published in the journal Nature Energy, was funded by the EPA, National Institutes of Health, and Harvard University.

The authors looked at Medicare records for 15 million Americans between 2001 and 2015, and compared them to records of 2.5 million oil and gas wells.

When they analyzed the data, they found that elderly people who lived downwind of fracking sites had a 3.1 percent increased risk of dying prematurely compared to a control group. For those living near a well site but upwind, that risk was 2.2 percent greater.

“There have been a lot of studies that determined that people living closer to the fracking wells are having a higher risk of a lot of health outcomes, including asthma, and heart attacks, and we moved this conclusion a little further,” said lead author Longxiang Li, a graduate student the Department of Environmental Health, at Harvard T. H. Chan School of Public Health.

Previous studies have found correlations between living near fracking and the incidence of a variety of health problems, like asthma, heart problems, and pre-term birth and low birthweight. One recent review of the scientific literature found the practice is also associated with higher rates of “migraine headache, chronic rhinosinusitis, severe fatigue, and other symptoms; and psychological and stress-related concerns.”

The authors said they didn’t know what aspect of the fracking process was to blame for the increase in mortality.

Petros Koutrakis, professor of environmental sciences at the Harvard School of Public Health, and one of the study’s co-authors, said the fact that people downwind of fracking sites had a greater risk of dying than those upwind was evidence that air pollution from fracking poses a risk. The authors could not pin down where this pollution was coming from–whether from truck traffic, emissions coming out of wells, or equipment used at the site during fracking, or say which pollutants were most likely to cause harm.

Koutrakis said one thing people near fracking sites should do is to purchase air purifiers and run them “continuously inside your house.”

But he said governments, too, should do more to prevent air pollution from the oil and gas industry.

“I think what needs to be done, the regulatory agencies, they should start thinking about serious emission controls and more regulations for this industry.”

Joan Casey, assistant professor of Environmental Health Sciences at the Columbia University Mailman School of Public Health, said the risks of living near fracking documented by the study were “a lot lower” than the risk of living in a house with someone who smokes cigarettes.

“But when you spread it out across hundreds of thousands of people potentially being exposed, it can add up to a lot of excess deaths,” said Casey, who was not involved in the study. “I think we have enough evidence that in the short term, this is bad for people living nearby.”

Casey said policies like larger setback distances between oil and gas wells and buildings, and improved air monitoring to better detect pollution, could improve conditions for those living near oil and gas development.

Pennsylvania’s current oil and gas setback is 500 feet from buildings. It’s an issue in other states – Colorado recently established a 2,000-foot setback and California is considering a 3,200-foot setback rule.

Barbara Sattler, a professor emerita at University of San Francisco’s School of Nursing and Health Professions, said the paper shows that drilling should be done as far away from houses, nursing homes and schools as possible.

“This puts a lot of burden on people who live in those communities,” Sattler said, more so because most people can’t simply move away if a company wants to drill nearby. “For many working people, their home is their biggest financial investment. It’s something they often want to be able to hand down to their children.”

Michael McCawley, associate professor in occupational and environmental health at West Virginia University’s school of public health, agreed the paper showed there was something related to fracking “to be suspicious about”. But he said since the paper doesn’t shed light on what toxins the patients in the study were exposed to that could have led to their premature deaths, its practical impacts are limited.

McCawley, who was not involved in the study, has hypothesized that the main health effects experienced by residents living near oil and gas activity might be coming not from fracking itself but the 4,000 to 6,000 diesel truck trips required to build each well.

“I would not yell ‘Fire’ in a crowded theater on this one,” McCawley said. “This is another piece of information and we’re building a picture out of these various puzzle pieces.”

Despite the documented downsides to health of fracking, other studies have shown how electricity from fracked gas produces fewer toxic pollutants than coal, a fuel that natural gas has replaced as the largest electric power source in the U.S.

The American Petroleum Institute released a statement from Uni Blake, a public health toxicologist at the trade group.

“We acknowledge and appreciate the effort undertaken to address community health concerns, and we are in the process of reviewing and evaluating the findings presented,” Blake said. The statement said the industry is “committed to following best practices and government regulations to ensure strong public health protections.”

A spokeswoman for the Pennsylvania Department of Health said in an email the agency has not reviewed the paper.

“As our team continues to work tirelessly on the COVID-19 pandemic, we have not reviewed this recently released study,” said Maggi Barton, a spokeswoman for the agency.

The department is conducting a pair of studies looking into whether fracking has any relationship with the incidence of childhood cancer, asthma and poor birth outcomes. The state funded the research after pressure from families in a heavily-drilled part of Washington County who have lost children to Ewing sarcoma, a rare type of bone cancer.

Researchers at the University of Pittsburgh are conducting the studies, which are expected to take three years.

South central Pa. water protection projects get a boost from the state