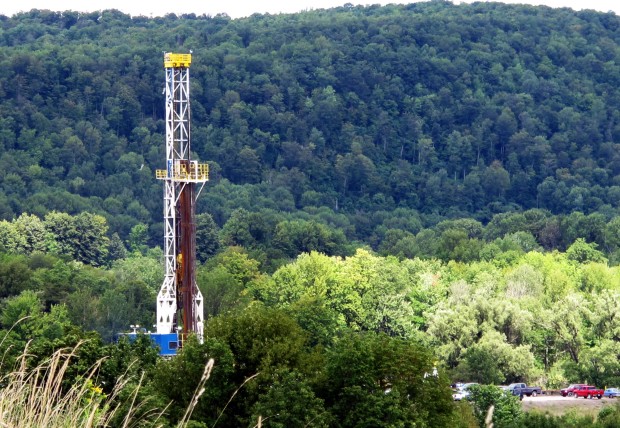 Analysts expect oil and gas impact fees in Pennsylvania will rebound for 2021 after hitting a low point in 2020.

The state’s Independent Fiscal Office expects drillers to pay about $234 million dollars in impact fees for 2021, nearly $90 million more than 2020. If that figure is correct, it will be one of the highest payouts since the fee started a decade ago.

That’s mainly due to the increase in natural gas prices.

The IFO says the average price of natural gas on the New York Mercantile Exchange in 2021 was $3.84 per million metric British thermal units (MMBtu). Because the price was between $3-$5, the impact fee schedule increased by $10,000 per horizontal well compared to 2020 levels

The U.S. Energy Information Administration says gas prices rose from February to October last year, after falling in 2020 because of pandemic-related shutdowns. They’re expected to stay close to $4 per MMBtu this year. The EIA uses the U.S. benchmark Henry Hub in Louisiana to project prices.

The impact fee was designed to benefit the communities where drilling happens. Payments are due in April.

Under the fee structure, drillers pay for each operating well, not the amount of gas produced. The payment varies based on the price of gas and age of the well.

Chair of the Washington County Board of Commissioners Diana Irey Vaughan said counties like hers have come to rely on the impact fee.

“We have a low debt service in the county and we haven’t raised taxes in 12 years, so we’re very grateful to have this revenue stream and very grateful to see that it’s starting to return,” Vaughan said, adding the new money could help pay for a proposed public safety communication system in the county.

The IFO estimates the effective tax rate of the impact fee for wells in operation to be 1.3% for 2021, the lowest on record.

Pennsylvania is the only major gas-producing state without a severance tax, which would charge producers based on the amount of gas they take out of the ground. Gov. Tom Wolf has repeatedly proposed adding one on top of the impact fee, but the requests haven’t gained traction in the Republican-controlled legislature.

Gas industry groups have lobbied against an added severance tax, saying the impact fee has been successful.

The Marcellus Shale Coalition said the fee “empowers local leaders with the ability to target revenues to best meet their community needs, while creating a predictable, workable climate that’s key to attracting job-creating investment and growth.”