GE's Halide-X turbines rise more than 80 stories. They would be spaced one nautical mile apart and cover hundreds of thousands of acres.

Some say development is moving too fast, more planning is needed 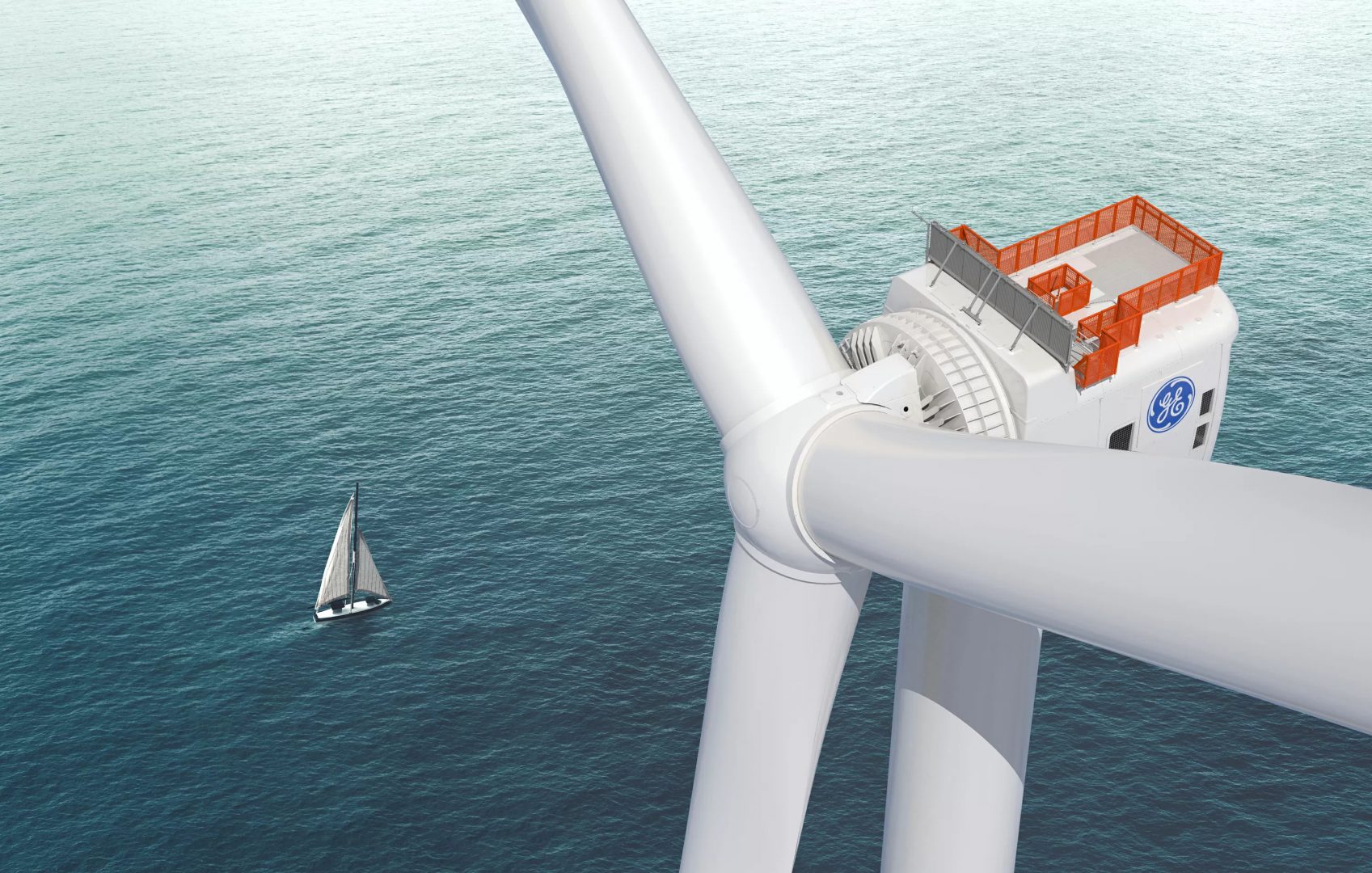 GE's Halide-X turbines rise more than 80 stories. They would be spaced one nautical mile apart and cover hundreds of thousands of acres.

The Biden administration plans the largest offshore wind energy lease sale in federal waters — six parcels off the coasts of New Jersey and New York that cover 480,000 acres in what is known as the New York Bight, a section of the Atlantic Ocean that stretches from Cape May Point to the farthest tip of Long Island.

Officials say the wind farms would generate up to 7 gigawatts of energy, enough to power 2 million homes. It’s part of a push by the administration to move away from fossil fuels and toward renewables, and includes a goal of 30 gigawatts of offshore wind energy generation by 2030. New York’s and New Jersey’s offshore wind goals combined aim for 16 gigawatts by 2035.

Department of the Interior Secretary Deb Haaland announced the lease sale Wednesday, describing it as a “once in a generation opportunity” and saying the collaboration between the states is a national model. Both New Jersey and New York have made a push to attract offshore windfarms as well as the manufacturing and grid upgrades needed to develop the burgeoning industry.

“Offshore wind is an opportunity to build a diverse, inclusive, and equitable workforce,” Murphy said. “It’s our chance to show that fighting climate change and creating good-paying union jobs … aren’t at odds with each other. In fact, they go hand in hand.”

Murphy pointed to the development of the state’s new Wind Port in Salem County and the new Paulsboro Marine Terminal.  Together, he said, they will create 2,500 permanent jobs in South Jersey and “attract billions of dollars in investments.”

AFL-CIO president Shuler said wind energy could help with the loss of unionized oil and gas jobs that would result from shifting away from fossil fuels. Workers in those industries have not been big supporters of a switch to renewables, she said.

“They’ve been skeptical of the transition because they have not seen the same quality, stable careers in clean energy that they have in the industries that they’ve worked in in the past,” Shuler said. “And there hasn’t been a commitment historically to high-quality jobs in the clean-energy economy. But it doesn’t have to be that way.”

Stipulations in the leases would require union labor for construction and include incentives for using domestic supply chains. The plans also focus on environmental justice by requiring those who win the auction to identify and engage with tribes and other underserved communities, as well as other ocean users such as the fishing industry.

Scallop fishermen, clammers, and other seafood workers along the Jersey coast worry the massive wind farms will limit their catch and lead to the collapse of the fisheries. The Responsible Offshore Development Alliance, a fishing industry group, recently filed a lawsuit against a planned wind farm off the coast of Massachusetts.

The federal Bureau of Ocean Energy Management (BOEM), which oversees the lease sales, says it reduced the amount of leasing area by 72% after consulting with the fishing industry.

But the industry says the administration is fast-tracking offshore wind development on an industrial scale  at the expense of the environment and sustainable fisheries.

“The frequency of BOEM’s announcements on advancing individual offshore wind projects is staggering and far outpaces the time needed to conduct intentional environmental review,” said Anne Hawkins, executive director of the Responsible Offshore Development Alliance. “Yet the agency has still only involved fisheries experts through superficial notice and comment, which hasn’t led to resolving conflicts, especially since fishermen are affected by multiple projects.”

Hawkins said current developers have not adequately engaged with the fishing industry, nor have they addressed environmental impacts.

“We desperately need a programmatic, inclusive approach to meet the twin goals of seafood sustainability and renewable energy,” she said. “The New York Bight is a hugely conflicted area, and issuing new leases before putting processes in place to mitigate the clear risks this scale of development poses to historic food production and ecological resilience will result in devastating impacts that would have been largely avoidable with careful planning.”

Communities and some environmentalists along the Jersey coast also oppose offshore wind, saying it will damage ecosystems and tourism.

“Any further bidding on the use of our waters by foreign money-driven firms without the public and all stakeholders having complete input and following the required steps in moving forward are unacceptable,” said Suzanne Hornick, a member of Protect Our Coast NJ.

Gov. Murphy said he takes the concerns of both the fisheries and coastal communities “very seriously.”