Pa. expects billions of dollars from the infrastructure law for coal mine cleanups. Will it help polluted waterways? | StateImpact Pennsylvania Skip Navigation

Brook trout in Twomile Run can survive because of the system that treats acid mine drainage from abandoned coal mines nearby. 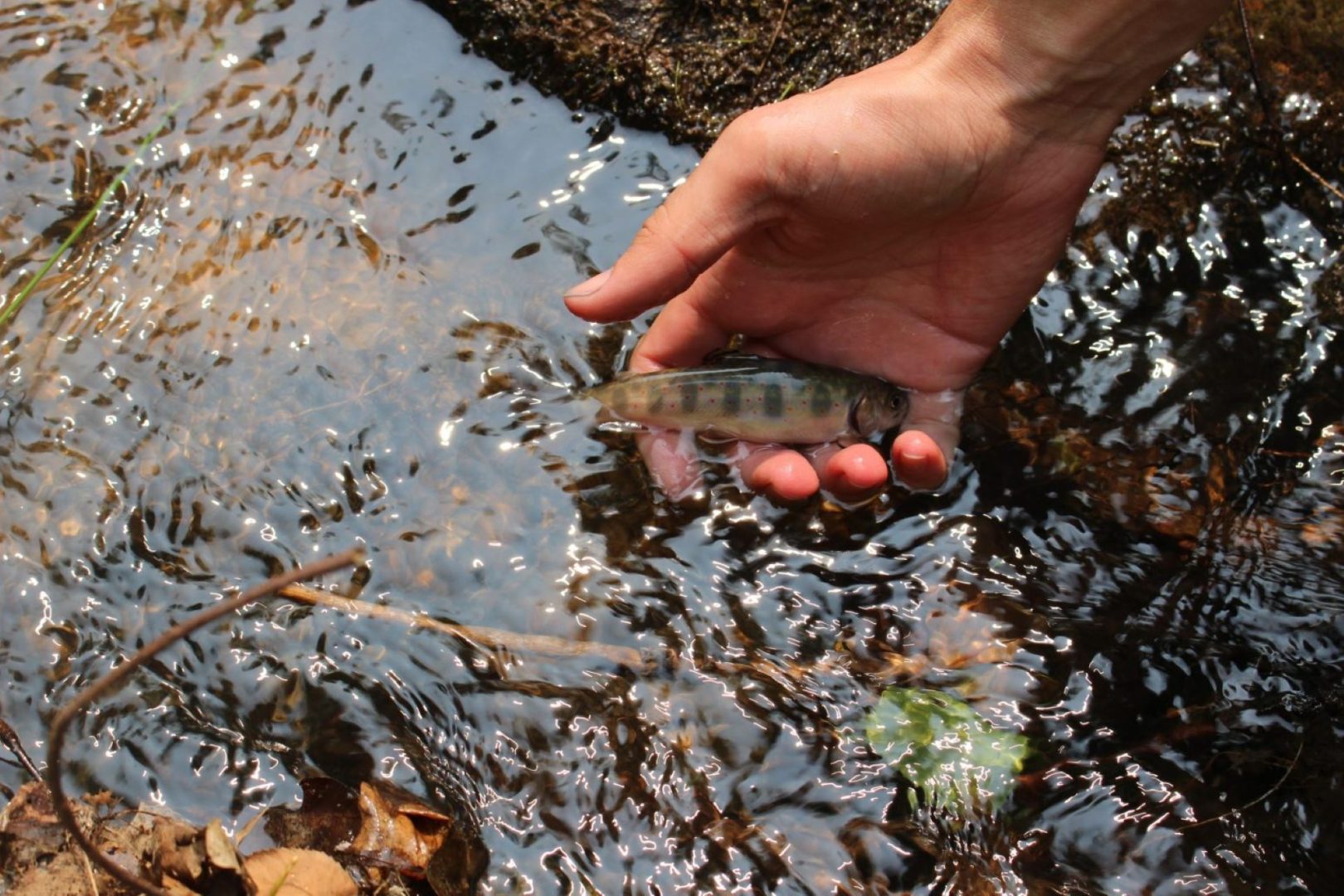 Brook trout in Twomile Run can survive because of the system that treats acid mine drainage from abandoned coal mines nearby.

Pennsylvania is littered with abandoned coal mines that can be dangerous and cause water pollution.  The new bipartisan infrastructure law, signed by President Biden in November, will provide an additional $11 billion for cleanup of old mine lands, and Pennsylvania is expected to get a large chunk of that money.

But it’s still unclear how much will be available to restore waterways.

Some advocates and experts want to make sure stream cleanup projects get their share.

In the Kettle Creek watershed, in a remote section of north-central Pennsylvania, a team from the non-profit Trout Unlimited is electroshocking fish in Twomile Run to count them. The group put in a treatment system 10 years ago, and wants to show how well the stream has rebounded. Electroshocking slows the fish down, but doesn’t hurt them.

Lead science advisor Shawn Rummel returns with a bucket of small brook trout, each about five in inches long, with red dots. “And then white stripes on the fins as well,” he pointed out.

Coal companies started mining near here in the early 1900s. Once they dug up the coal they wanted, they abandoned the mines, leaving behind high piles of mine waste and deep pits. This went on throughout Pennsylvania until 1977, when a federal law was created to regulate and reclaim mine sites.

Red-stained, iron-laden acidic water still seeps out from the old coal mines uphill from Twomile Run. The polluted water is caught in a series of retention ponds, where the impurities settle out, and by the time it flows into the stream, it’s clean.

“That section that we just shocked would have been polluted for, you know, 100 years or so, devoid of life,” Rummel said. 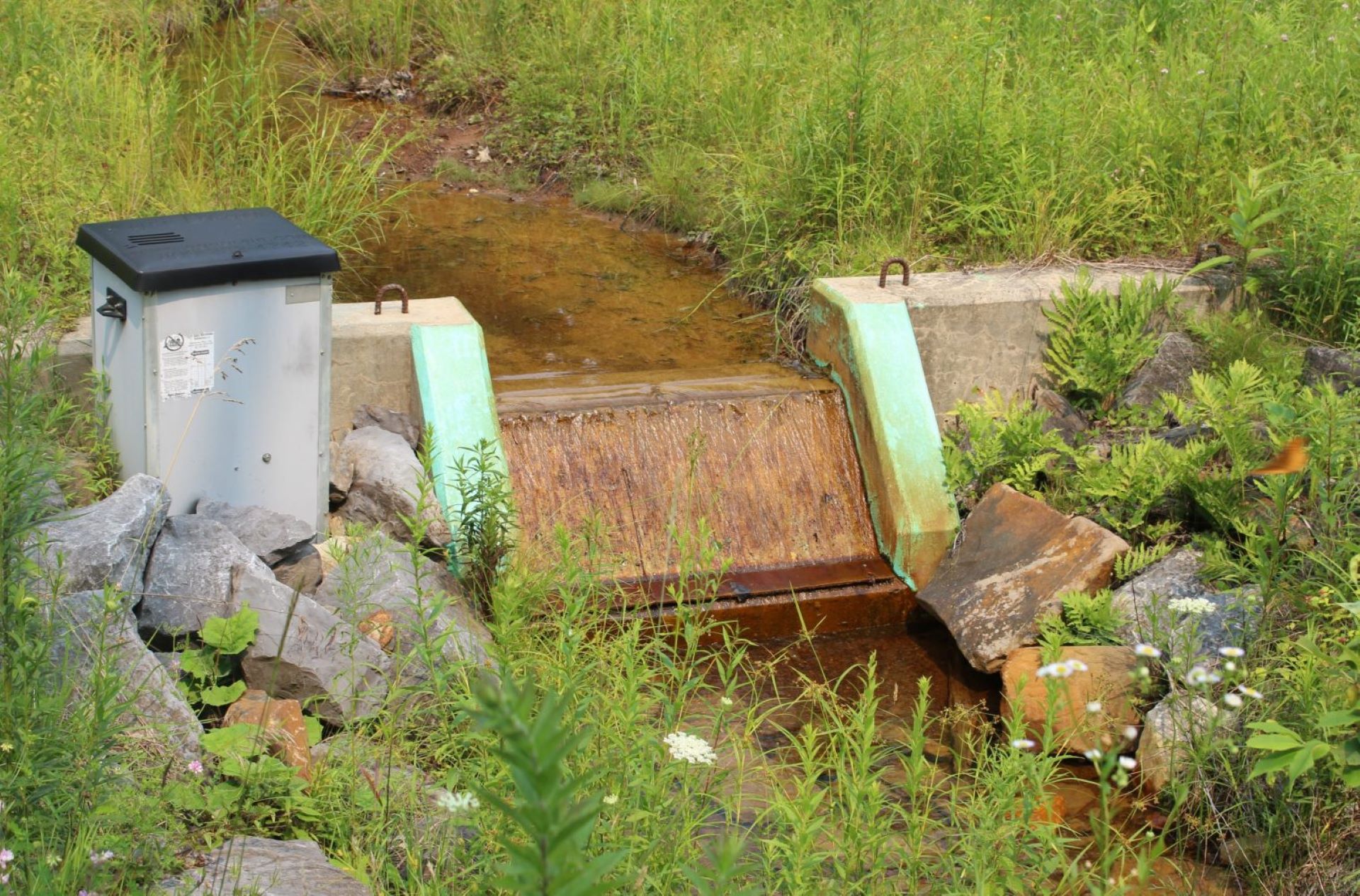 Mine drainage from abandoned mines, like this site in the Kettle Creek watershed, pollutes thousands of miles of streams in Pennsylvania.

Trout Unlimited has spend nearly $3 million to install nine passive water treatment systems in the Kettle Creek watershed, including the one at Twomile Run.

“After the treatment system went online, the very next year we documented macro invertebrates or aquatic insects that made their way downstream. And the fish follow their food,” said Amy Wolfe, director of Trout Unlimited’s northeast coldwater habitat program.

The project that irks Wolfe

Huling Branch is a stream that meets Twomile Run a couple of miles above where Kettle Creek watershed enters the west branch of the Susquehanna River.

It couldn’t be fixed with a passive treatment system. “In this case, the water was not confined in the mines, it had escaped into underlying aquifers,” Hedin said. “It was clearly a different kind of animal there.”

Trout Unlimited spent years working with geologists, engineers and other experts studying the site, and came up with a few options on how to clean it up. The group needed help with funding, and went to the Bureau of Abandoned Mine Reclamation, an arm of the Department of Environmental Protection, for help.

According to Wolfe, the state didn’t listen to their recommendation, which was estimated to cost $4 million. In 2015, DEP completed its own project and spent more than $10.5 million on it.

“We stepped back and said, ‘Okay, we’ll cross our fingers and we really hope it works,’” Wolfe said. “But continuing to monitor it to this day, it doesn’t work. We have very polluted water.”

Trout Unlimited field coordinator Kathleen Lavelle steps into the Huling Branch to test the water. “Looks like the temperature here is great,” she noted. “The pH however is coming in at 3.36, which would be lethal to all fish life.”

Wolfe chokes up thinking about what she considers a failed project. “All the work we’ve done is basically undone because of the severe mine drainage that still enters from Huling,” she said. “It’s been the most difficult thing that I’ve worked on in the 21 years of my career, because this watershed is very special to me.” 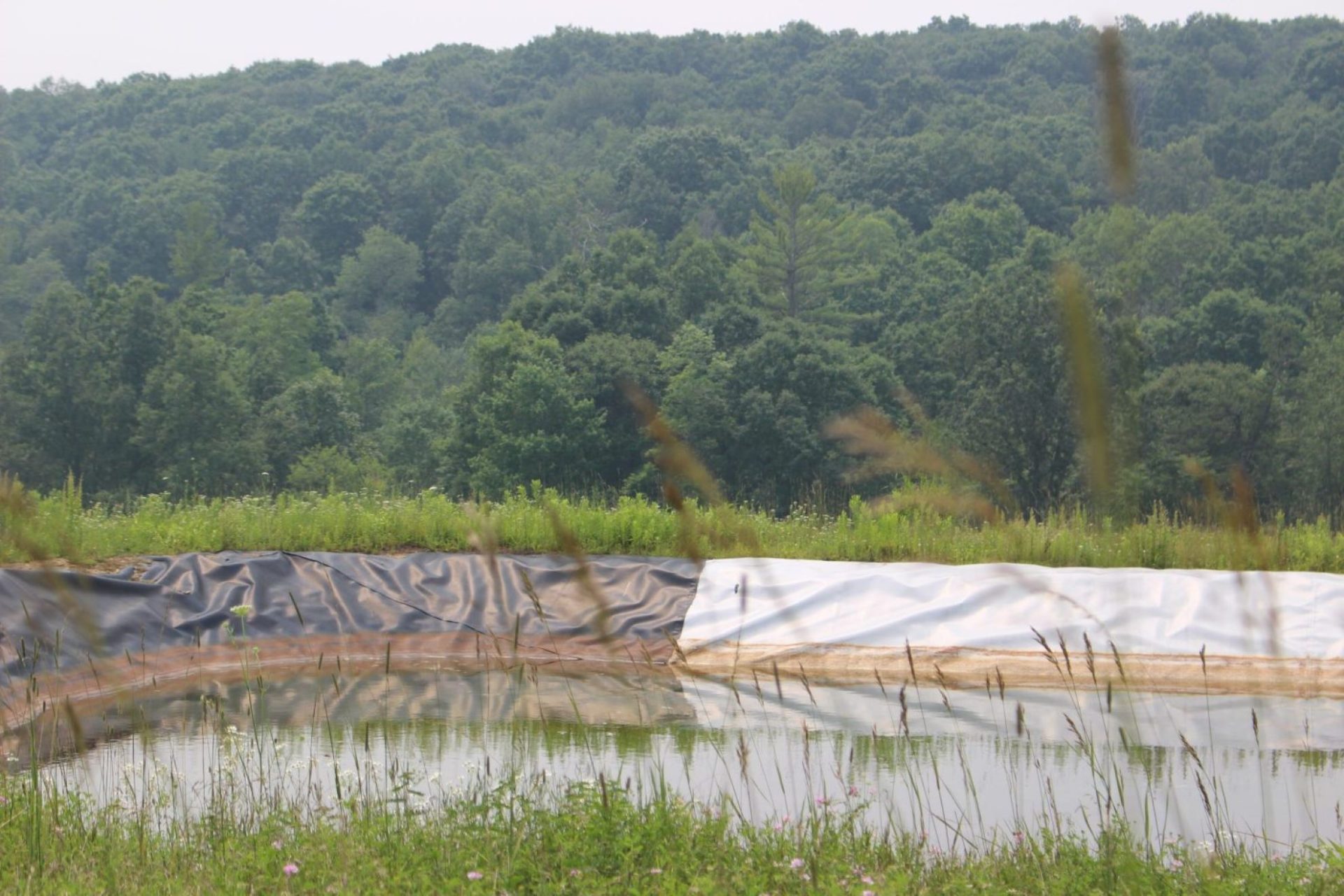 A passive treatment system to treat acid mine drainage like this one installed by Trout Unlimited in the Kettle Creek watershed will need to be maintained into perpetuity.

A difference of priority

Even though the water is still acidic, Patrick Webb, assistant director of the Bureau of Abandoned Mine Reclamation, considers the Huling Branch project a success.

“The Huling Branch project won the 2017 National Award not only for health and safety, but also for the environment of the watershed improvement,” he noted.

Webb expects to see more water quality improvements at Huling Branch over time and says there are three additional projects in the area, including Huling Branch East, which is under construction.

He also points out that the state doesn’t prioritize water quality when cleaning up mine sites. The number one goal at Huling Branch and elsewhere is health and safety. “These are very dangerous sites,” he said.

The 6,000 linear feet of highwalls at Huling Branch were situated next to the Whiskey Springs ATV trail. According to the state, the mine sites attracted unauthorized use by ATV riders, and led to numerous accidents and injuries.

“You would have a visitor come to Sproul State Forest, and they don’t have an idea or a clue that there’s an abandoned mine site only like five feet, ten feet away from them, and they could fall to their death,” Webb said. “There were reports of people being life flighted away from the site.”

The Huling Branch project was funded through a federal program that assesses a fee on coal companies for each ton of coal produced. Since 1980, it has provided Pennsylvania more than a billion dollars for mine cleanups. DEP has inventoried 287,000 acres of land in need of reclamation.

The federal guidelines limit how much can be spent on water quality and environmental issues, up to 30-percent, while at least 70-percent is for reclaiming the land, like leveling highwalls.

“As a result of that, the state has to live in a balance. We can’t have all that money going to just the water,” said Andy McAllister, regional coordinator for the Western Pennsylvania Coalition for Abandoned Mine Reclamation.

Still, there’s a lot of water quality work to do. The state still has 5,500 miles of waterways devoid of life because of mine drainage.

“We’re looking at maybe up to $14 billion to deal with the water and the land issues,” McAllister said. “There’s nowhere near enough money coming in to handle that type of thing.”

Pennsylvania could see an infusion of funds from the infrastructure bill signed into law in November. By some estimates, the state is expected to receive $3.8 billion over the next 15 years for abandoned mine land reclamation, more than any other state. But the law does not clarify if the money can be used for acid mine drainage into waterways, according to McAllister.

His group, along with Trout Unlimited and others with the Abandoned Mine Land (AML) Campaign recently sent a letter to Interior Secretary Deb Haaland who oversees the Office of Surface Mining, which will decide how the new mine land funds are distributed. The group is advocating for some of the funds to go for water clean up.

“Our best interest is to allow us the freedom to do in the state of Pennsylvania, to do the water as well as the land, and we believe the Secretary of Interior has the authority to interpret the bipartisan infrastructure package language to allow that,” McAllister said.

AML Campaign also lobbied last year for Congressional reauthorization of the fees on coal companies. It was approved as part of the infrastructure package, at a reduced rate from previous years.

McAlister expects the DEP to continue partnering with local watershed groups, county conservation offices, and non-profits on mine land cleanups.

But Trout Unlimited’s Amy Wolfe is still wary of DEP after the agency did not follow their recommendations at Huling Branch. She questions how DEP will react to all the new federal money.

“I’m absolutely, very concerned,” she said. “I’ve questioned the accountability of spending to date that DEP has done with projects that they have done themselves, because I am not sure what accountability there is.”

State officials say they are required to file reports to verify work done for federally funded projects. Meanwhile, the Office of Surface Mining could not yet verify how much money Pennsylvania will receive from the infrastructure package, or when it will be distributed.

Disclosure: Trout Unlimited’s work is funded in part by the Richard King Mellon Foundation, which supports The Allegheny Front.