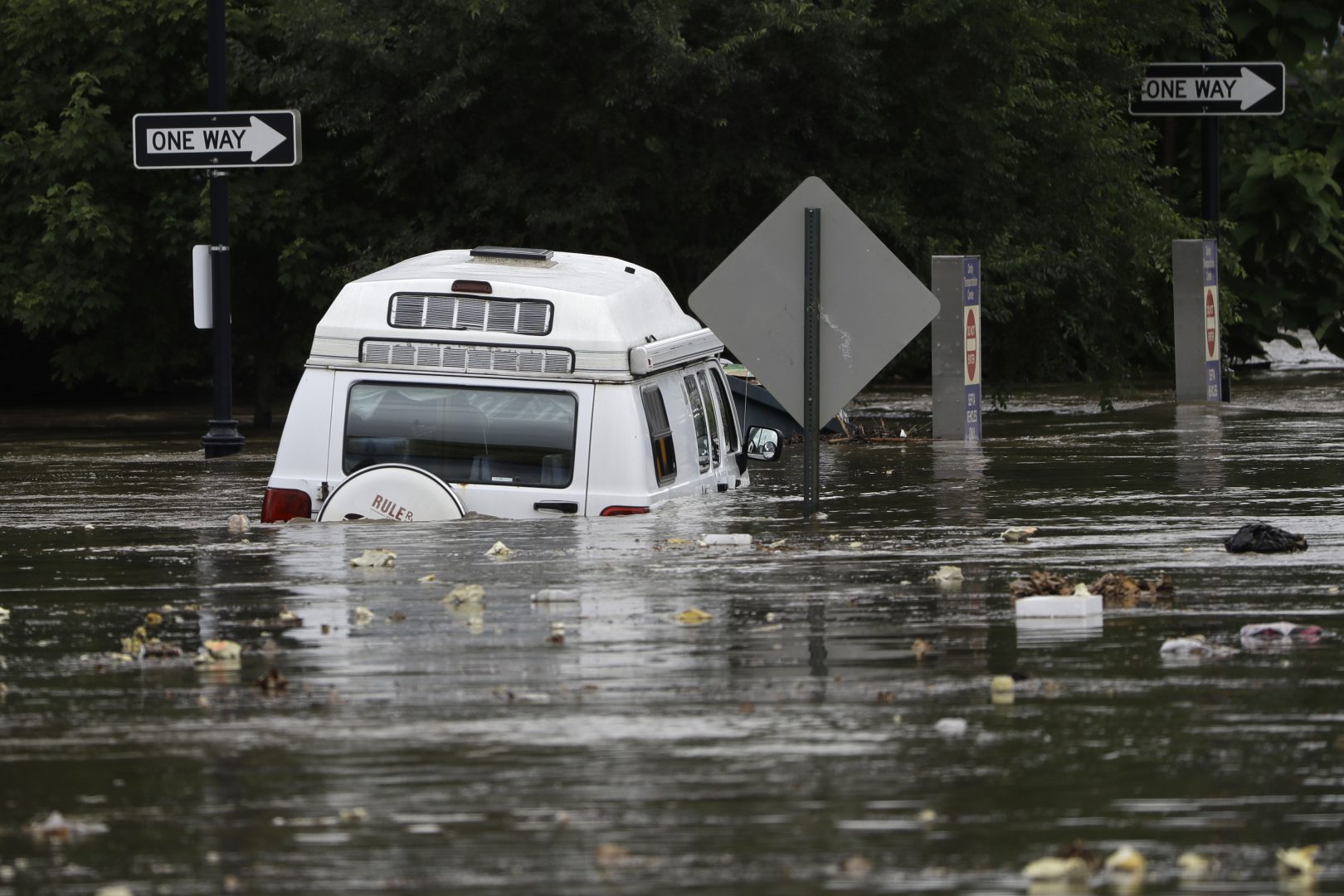 Most communities across Pennsylvania will likely face higher flood risks by the end of the century due to climate change, according to research from Penn State.

The state’s latest Climate Impacts Assessment expects Pennsylvania to face more extreme rainfall and flooding by 2050 because of climate change.

But a building or area’s flood risk–and the need for insurance–is determined by looking at past events.

Alfonso Mejia, an associate professor of civil and environmental engineering, and one of the paper’s authors, said they initially thought risk would rise the most in places that don’t get flooded now. But it appears that risk rises across the state and flood prone areas now are still the most flood prone in the future.

“Places that…today have the highest risks of flooding, those same places seem to be the ones that are at most risk 50, 100 years from now,” Mejia said.

For the study, researchers looked at floods in terms of hazard, which refers to the size and probability of a flood event, and exposure, which accounts for how many people would be impacted and the cost of the damage.

The top three cities with the highest projected flood hazards were Lock Haven, Williamsport, and Sunbury, all situated along the West Branch Susquehanna River. The study notes National Oceanic and Atmospheric Administration data shows those cities have all had a substantial number of flood events in the past.

The study found Warren, Bradford, Wilkes Barre, Johnstown, York, and Connellsville also face some of the highest risks, with more than 50% projected flood hazards and exposure.

Mejia said the work shows the importance of planning for and investing in flood mitigation and adaptation measures now.

“Investments today in those high risk areas are going to be beneficial in the future,” Mejia said.

David Dzombak, head of the civil and environmental engineering department at Carnegie Mellon University, was not involved in the study. He said it’s similar to work released by the First Street Foundation, which has developed a tool to show future climate risks for a given property.

“Over time, communities, perhaps with some state guidance and support, can try to shift people and important assets out of the most vulnerable places,” Dzombak said.

He added there is time, as the climate changes, to start working on adaptation measures. He said preparing now will be much cheaper and less disruptive than waiting for disaster to strike, then cleaning up.

The study notes some uncertainties. Global climate models used in the study can’t account for all the factors that may influence future flooding.

The study did not account for existing infrastructure such as levees that might prevent extreme flood damage. Mejia said they would like to look at that in the future.

He added the model would need to be updated as the effects of climate change unfold.