The Pa. attorney general's office seal is posted at the Safe2Say Something crisis center Jan. 13, 2020. 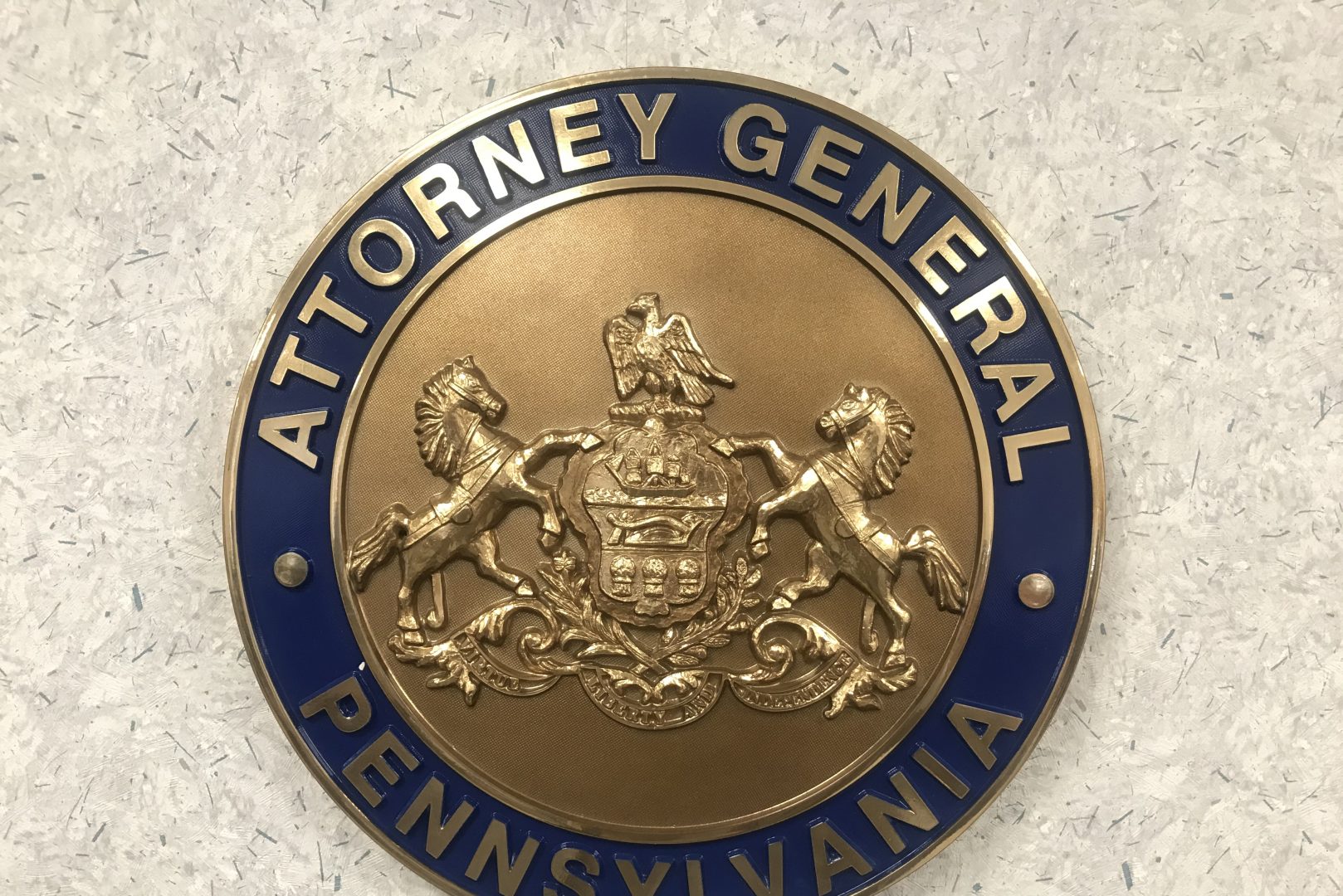 The Pa. attorney general's office seal is posted at the Safe2Say Something crisis center Jan. 13, 2020.

The case was investigated by the Office of Attorney General Josh Shapiro. It was aided by the observations of a neighbor who complained about the company’s “Oak Springs” site, where it conducts “pigging”, a process in which oil and gas companies clean out underground pipelines by sending in a piece of equipment called a “pig”.

According to an affidavit filed by an investigator from the Attorney General’s Office, the company misreported the number of pigging operations that took place at the site four years in a row, beginning in 2016, the first year it was required to submit air pollution data from pigging and other operations to the Pennsylvania Department of Environmental Protection.

Since it uses that number to calculate its emissions, the affidavit states that the company undercounted its emissions in 2016 and 2017, and overcounted them in 2018 and 2019.

The affidavit states that when the new regulations went into effect in 2016, the company failed to set up any kind of data reporting system for recording pigging events.

As a result, “(t)he number of pigging events were recorded in the form of emails and text messages sent by a third party contractor,” the affidavit states.

The affidavit states that a neighbor, Jodi Borello, complained about the company’s pigging activities and the site’s emissions to the DEP, beginning around 2012.

“The Oak Springs station was being pigged multiple times per day, and causing a severe disruption to quality of life of Jodi Borello and her family,” the affidavit states.

Though the agency found no emissions violations when it investigated, Borello’s record keeping about activities at the site tipped the agency off to “the possibility that CNX Resources was not accurately reporting the number of times that their station at Oak Springs was being pigged.”

The affidavit states a subsequent investigation found that the company had made “numerous errors in the numbers of pigging events recorded”, resulting in an undercount in emissions in 2016 and 2017, and an overcount in 2018 and 2019, and that “the errors by CNX Resources were not limited to the Oak Springs facility.”

“This is a shining example that we are watching, that these people that live next to these operations care about their health and are going to be diligent and not give up.”

In September 2019, the company implemented software to record pigging events from the field, in an effort to eliminate tabulation errors, the affidavit states.

As part of the plea, the company agrees to donate $30,000 to South Franklin Township to fund restoration of a 1,800-foot tributary to Chartiers Creek and to go toward park improvement. It will also donate 184 acres to Allegheny County in Elizabeth Township.

Shapiro’s office said in a statement: “Pennsylvanians have a constitutional right to clean air and pure water. With this plea, CNX has acknowledged to reporting fraudulent emissions information. CNX will provide this reporting from now on, and is making contributions towards restoration work in Allegheny and Washington County that exceed the penalties for committing these environmental crimes in Pennsylvania.”

CNX spokesman Brian Aiello said in a statement the company was “pleased to have fully and amicably resolved this matter,” and that the reporting errors were “unintentional.”

“We take full responsibility for these inadvertent reporting errors, which were the result of handling extremely large data sets in the wake of new regulatory requirements and guidance that the industry and others were still interpreting,” Aiello said.