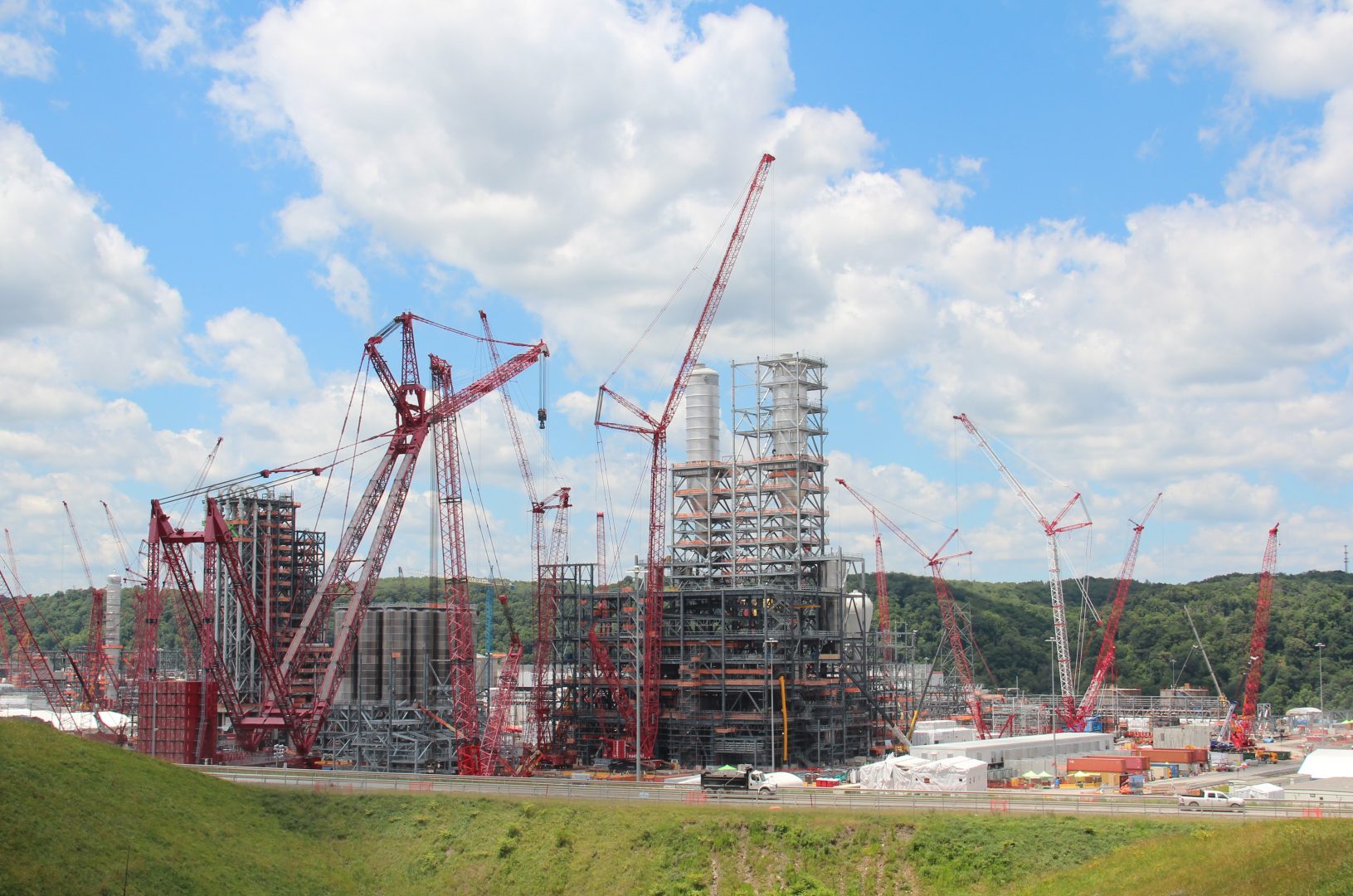 The Pennsylvania Department of Environmental Protection is issuing a pair of violations to Shell for odors and emissions from the construction site of its Beaver County ethane cracker.

The DEP received several complaints of odors from the Shell plant in Potter Township between Sept. 22 and 24. Agency inspectors documented bad odors as well as dust wafting off the construction site, both violations of the company’s air permit, said Lauren Fraley, a DEP spokeswoman.

Shell, which hired a third party company to investigate, said the odors could be associated with anti-corrosion treatments to the plant’s cooling water tower.

A materials safety data sheet the company provided to the DEP showed that a chemical compound, 3D TRASAR 3DT198, used for treating boilers, steam lines, and cooling systems, was in use at the time the odors were occurring. If ingested or inhaled, it can cause eye and skin irritation, as well as irritation of the nose, throat and lung, according to the data sheet.

A spokesman for Nalco, the chemical’s manufacturer, said in an email it was “an organic, film-forming, liquid copper corrosion inhibitor” that is “designed to supplement other chemical treatments used in open recirculating cooling systems, or closed loops that contain copper or copper alloys to help prevent corrosion.

“When used as intended, 3DT198 is not known to produce strong odor, or cause harm,” the spokesman said.

The plant, which received $1.6 billion in tax credits from Pennsylvania over a 25-year period, will make plastic out of the region’s natural gas.

Nearby residents complained of a “sweet-smelling” odor that resembled pancake syrup or antifreeze.

Jamie Quigley works at a childcare facility in nearby Beaver, Pennsylvania. She said she first smelled the odor when the staff opened the windows to let in fresh air for the children.

“We were all sitting there and then all of a sudden we just smell this big whiff of maple syrup. And I’m like, ‘Why does it smell like maple syrup?” And it was a good three to four days with that smell and we had no idea where it was coming from,” Quigley said.

Quigley said it was disturbing to have an industrial smell of unknown origins last for so long. “We take our kids outside sometimes for a walk, and that’s not safe to have kids in. So we decided to keep them in once we found out what it was, because that’s just not safe.”

Quigley said drivers pulled over to check for leaking radiators. “A lot of people thought that their cars were leaking antifreeze,” she said.

Shell and the DEP say they’re still investigating the cause.

The plant is more than 70 percent complete and is expected to be finished by 2022.