You might want to mask up: Fireworks cause spikes in air pollution | StateImpact Pennsylvania Skip Navigation

Fireworks are a holiday tradition and captivate crowds, but there are some environmental downsides. (Stock photo)

You might want to mask up: Fireworks cause spikes in air pollution

Effect is short-lived, though 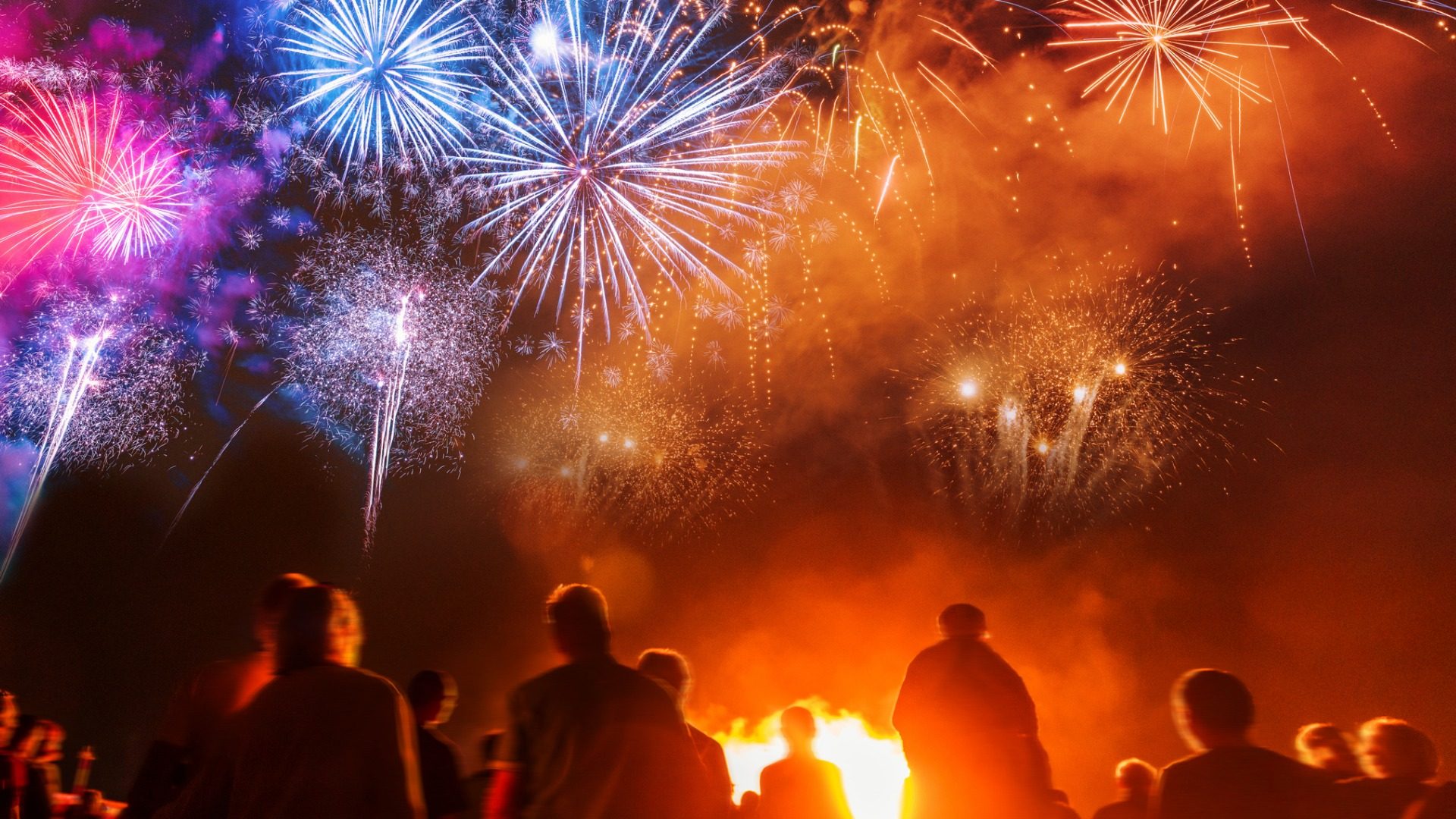 Fireworks are a holiday tradition and captivate crowds, but there are some environmental downsides. (Stock photo)

Many people will flock to Fourth of July celebrations this weekend, eager to raise a toast beneath the year’s most spectacular aerial displays now that pandemic restrictions have been lifted.

But some might want to keep those N95 masks handy if they’re getting close to fireworks, especially those set off in backyard displays. The chemical compounds and reactions that make all those colorful lights shine and explode come with a toxic stew of air pollutants.

For the short term at least, those with respiratory illnesses like asthma and COPD should keep their distance. And pyrotechnics are not too great for the planet either.

Hawkins, an associate professor of chemistry at Harvey Mudd College, said some of the most polluting elements are the metals used to create the brilliant colors.

Red, white, and blue are produced by metal salts like strontium, magnesium, copper, lead, and barium. Lithium gets you pink, while sodium salts create yellows. The resulting smoke and greenhouse gas emissions include carbon dioxide, carbon monoxide, and nitrogen. Particulate matter, such as PM 2.5 and black carbon or soot, is emitted with any type of combustion. But with fireworks, that smoke also includes toxic metals.

“Metals are really what makes the fireworks interesting and exciting for people because that’s what we’re getting the colors from,” said Pallavi Pant, who has studied the air pollution impact of fireworks for the past decade and is now senior scientist at the Health Effects Institute. “When a lot of these fireworks are in the air, we get these huge spikes in air pollution, including particles, and within these particles are tiny metal particles.”

Pant said there isn’t a lot of research into either the short-term or long-term health impact of fireworks. But she noted that those who have respiratory illnesses like asthma and chronic obstructive pulmonary disease, or COPD, can experience aggravated symptoms.

She says the effects are short term, and the air quality goes back to normal levels within a day or two.

“The biggest impacts are when people are exposed to air pollutants over long periods of time,” she said.

Still, Pant said people who live with asthma should avoid getting close to fireworks, especially those set off by individuals in backyards or parks, and wearing N95 masks may help.

“If possible, be upwind of the fireworks,” she said, “and try to protect children because they breathe in the most air pollutants.”

Air quality does go back to normal within several hours in some cases, Pant said.

“A lot of the attention on the health side has focused primarily on burns and injuries, because that’s what people think about when it comes to the dangers of fireworks,” she said. “But unfortunately, much, much less attention on air quality.”

The pollutants can also filter down into rivers and streams, causing enhanced levels of metals that could affect aquatic life and water quality.