The news was first announced to a room full of workers, politicos, and media. US Steel was spending over $1 billion to upgrade its steel plants in western Pennsylvania.

But two years later, on an April 30 earnings call, CEO David Burritt announced the company had made a “difficult choice”: it was scrapping the upgrade plan after all.

Burritt said the Mon Valley project was a casualty of the company’s pledge to become carbon neutral by 2050.

“We aspire to be part of the solution. Achieving this goal won’t be easy,” Burritt said.

The message left many in Western Pennsylvania wondering what was behind the company’s decision and what it meant for the future of the company in the region.

“It was surprising to me because I had no heads up that it was coming. It just kind of caught us all by surprise,” said Rich Fitzgerald, Allegheny County executive.

But shrinking its carbon footprint wasn’t the only reason cited by US Steel. To local news media, it laid some of the blame on a “delay” in the county’s permitting process, which began in 2019.

The Allegheny County Health Department, which regulates air quality, says it was in the process of finalizing the permit, which US Steel revised several times, and was stalled by the COVID-19 pandemic, when the company pulled the plug on the project.

Another factor was the company’s recent purchase of Big River Steel in Arkansas. That plant’s success might have come at the expense of Mon Valley, says John Packard, president and CEO of Steel Market Update, a trade publication.

“With the purchase of Big River Steel, I think that’s opened the eyes of the management of US Steel,” Packard says. Big River’s success–it recently doubled its capacity–could have made the company reconsider its investment in the Mon Valley.

“You’ve got to start to ask questions within your company as to whether that’s the best way for the money to be spent,” Packard says.

Big River has a lower carbon footprint than Mon Valley, because it makes steel using an electric arc furnace to melt scrap metal. Mon Valley makes steel the old fashioned way: It converts coal into coke at its Clairton plant, then uses that coke to make steel in Braddock. 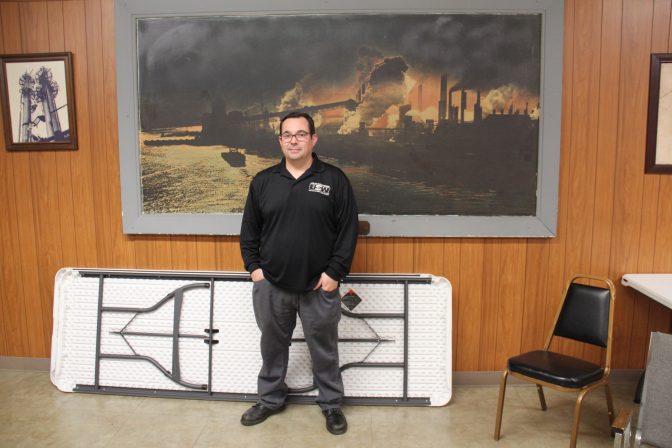 The steel industry accounts for around 8 percent of the world’s CO2 emissions. Packard says companies see that countries may soon enact policies to cut carbon and deal with climate change. The European Union for instance, is contemplating border fees for steel imports with big carbon footprints.

“I think (the companies) all realize that their industry is going to be in the crosshairs, and they can either be leaders or they can be followers,” Packard said.

Financial backers, too, are starting to apply pressure on companies to scale back their carbon footprints, says Nick Muller, Associate Professor of Economics, Engineering, and Public Policy at Carnegie Mellon.

“So it’s not surprising that corporations, publicly traded firms would want to advertise, in a sense, when they are behaving, ‘sustainably,’” said Nick Muller says.

US Steel declined an interview, but in written statements has said it will continue to operate its mills in the Pittsburgh area. “U. S. Steel remains committed to steelmaking in the Mon Valley for the next generation, with future investments to be developed in alignment with our 2050 carbon neutral goal,” the company said in a statement.

But Don Furko, president of United Steelworkers Local 1557, which represents 1200 employees at the company’s Clairton Coke Works, is still worried.

Members have been asking him if they should look for other jobs, he says, “and I don’t know what to tell them yet.”

US Steel announced it was shutting down three batteries in Clairton–about 17 percent of the plant. This would result in the eventual loss of 130 jobs at the plant.

Furko says he is going on the assumption that the plant will continue to operate, and US steel will keep turning coal into coke and coke into steel, just like it’s done for over 100 years.

“To me, we’re still the most important facility they have. We make steel the old fashioned way,” he says.  “I hope that this plant is here as long as I’m around.”

Some conservative politicians have blamed the project’s cancellation on environmental regulations and even President Biden’s climate policies.

Furko says he’s well aware of complaints about pollution from the plant, the county’s largest single source of soot.

“I know that we’ve had a lot of criticism here. I know that there’s been a lot of clamoring to shut those batteries down. But at the same time, the decision wasn’t made by those people,” he says. 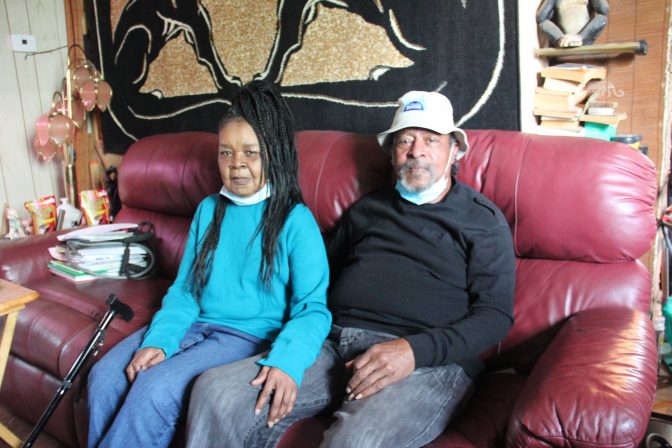 Kathryn and Art Thomas, in their Clairton, Pa. home. Art blames Kathryn’s sarcoidosis, an autoimmune disease, on pollution from the nearby coke plant.

One of those clamoring for change has been Art Thomas. He’s 76, retired from US Steel, and lives half a mile from the Clairton plant. His wife has had an autoimmune disease called sarcoidosis for 27 years. He blames pollution coming from the mill.

As to the future of the Mon Valley Works, experts say the kind of steel it produces is still higher in quality than those made in electric mills. They say there’s one potential new market for the flat-rolled steel made near Pittsburgh: electric cars.