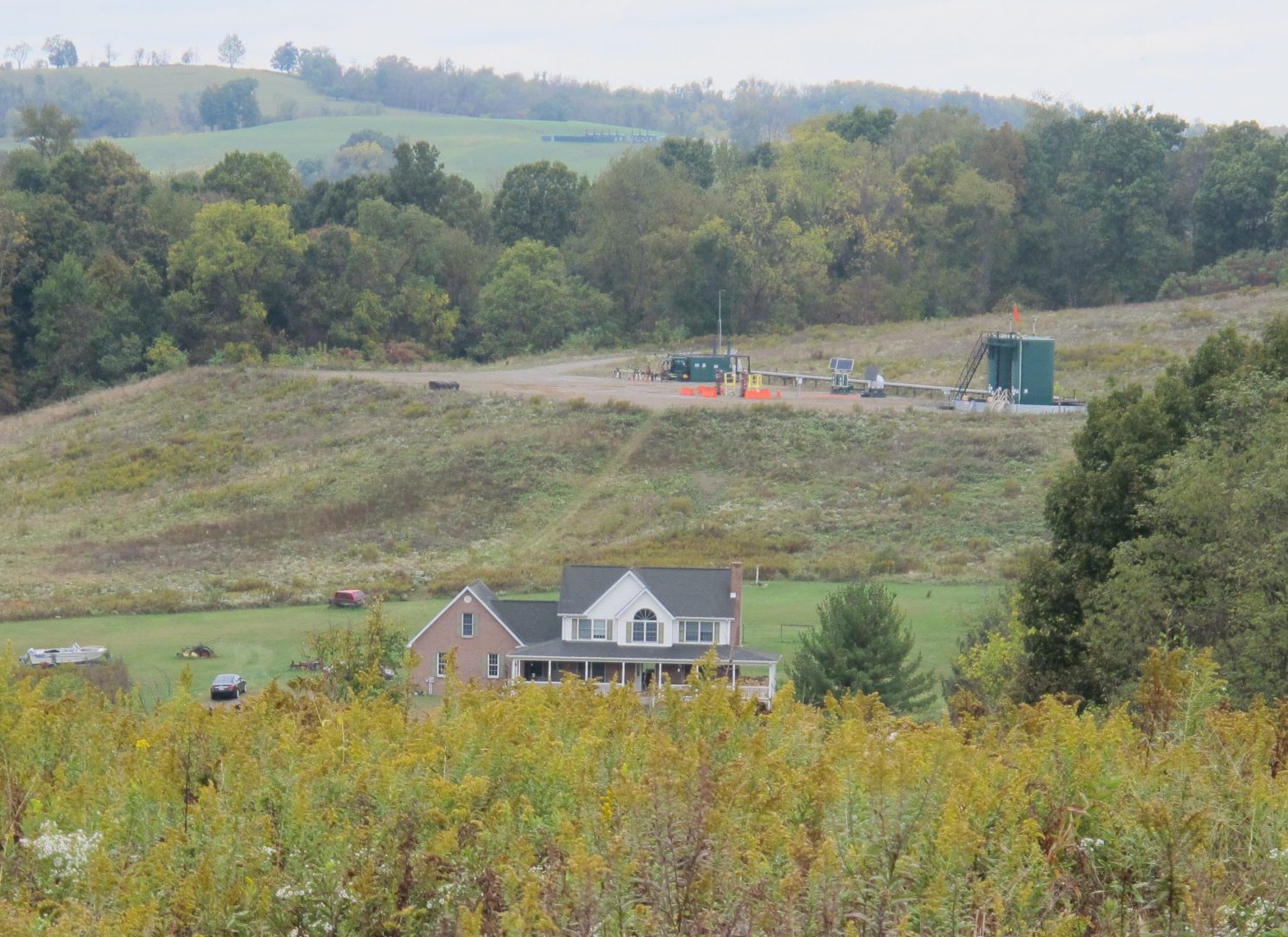 Despite a 2012 Pennsylvania law creating a 500-foot setback from houses and other structures for new oil and gas wells, companies have drilled hundreds of wells within that 500-foot distance, a new study found.

Act 13 increased the setback for new wells from 200 to 500 feet from any “school, church, drinking water supply, wellhead protection area, or an occupied dwelling.” But in a paper published in the journal Energy Policy, researchers found the law had little impact on wells drilled within 500 feet of a house or other structure.

“We don’t really see an impact from the passage of Act 13 in significantly reducing the rate of wells drilled within five hundred feet of buildings,” said the study’s lead author, Drew Michanowicz, who is senior scientist with Physicians, Scientists, and Engineers (PSE) for Healthy Energy, a non-profit energy and health research group whose studies include measuring the health impacts of fracking. He is also a visiting scientist at Harvard’s T. H. Chan School of Public Health.

The study was funded by the Heinz Endowments, which also funds the Allegheny Front.

The researchers found that 371 wells drilled after the law was passed, or about one in 13, were drilled within 500 feet of a building. About 35 percent of those wells were built on “grandfathered” sites — well pads constructed before the law passed. The remaining wells were sited either with landowner permission or through exemptions written into the law.

Overall, the proportion of wells built within the 500-foot distance of a building fell from 8.6 percent of wells prior to the law to 5.7 percent after. But the authors said the practice of drilling wells within the 500-foot buffer zone “was already decreasing before Act 13 and maintained the same downward … trajectory after Act 13.”

Numerous studies have found that proximity to drilling for oil and gas is associated with increased rates of adverse birth outcomes like congenital heart defects, and other health effects like asthma and heart disease hospitalization.

Pennsylvania and other states like Colorado have attempted to provide buffer zones for drilling.

Michanowicz said increasing the setback rule in Pennsylvania would not have much effect if the law’s exemptions remain intact.

“It’s probably a different set of policy tools if your goal is to protect public health and safety,” he said. That could include placing additional emissions controls on wells built within the 500-foot zone, or forcing companies to perform “alternate site analysis” where they would need to show why placing a well within the 500-foot zone is necessary.

Michael McCawley, clinical associate professor of occupational and environmental health sciences at West Virginia University, said in an email that the study showed the exemption for existing well pads in Act 13 “seems to nullify the effect” of the law. “It appears that Act 13 has so far, since its promulgation in 2012, not significantly changed the rate at which 500-foot setbacks from unconventional natural gas wells are built,” McCawley said.

Akshaya Jha, assistant professor of economics and public policy at Carnegie Mellon University, said the paper highlights how regulations can be undermined by exemptions like “grandfathering” of well sites.

Neither McCawley nor Jha were involved in the study.

David Callahan, president of the Marcellus Shale Coalition, said in a statement that the state’s gas industry meets “rigorous” regulations on setbacks and other environmental factors, and that “safety, community and environmental protection are our members’ top priorities and we’re proud of the continued high regulatory compliance rate unconventional producers earn.”

Jamar Thrasher, a DEP spokesman, said the setback policy is set by the legislature and isn’t something the agency can change. He said the DEP “has taken steps to ensure the health and safety of residents and the environment.”

John Walliser, senior vice president for legal and government affairs at the Pennsylvania Environmental Council, said in an email the study showed DEP’s permit approval process, including how it grants setback waivers to new wells, should have greater transparency.

“The door should never be closed to examining ways we can improve our protection standards. Many in the industry have embraced the goal of continuous improvement, and that principle should apply to state policy as well,” Walliser said.