Shawn Steffee is business agent at Boilermakers Local 154 in Pittsburgh.

Jobs in renewables don't always match up for displaced workers 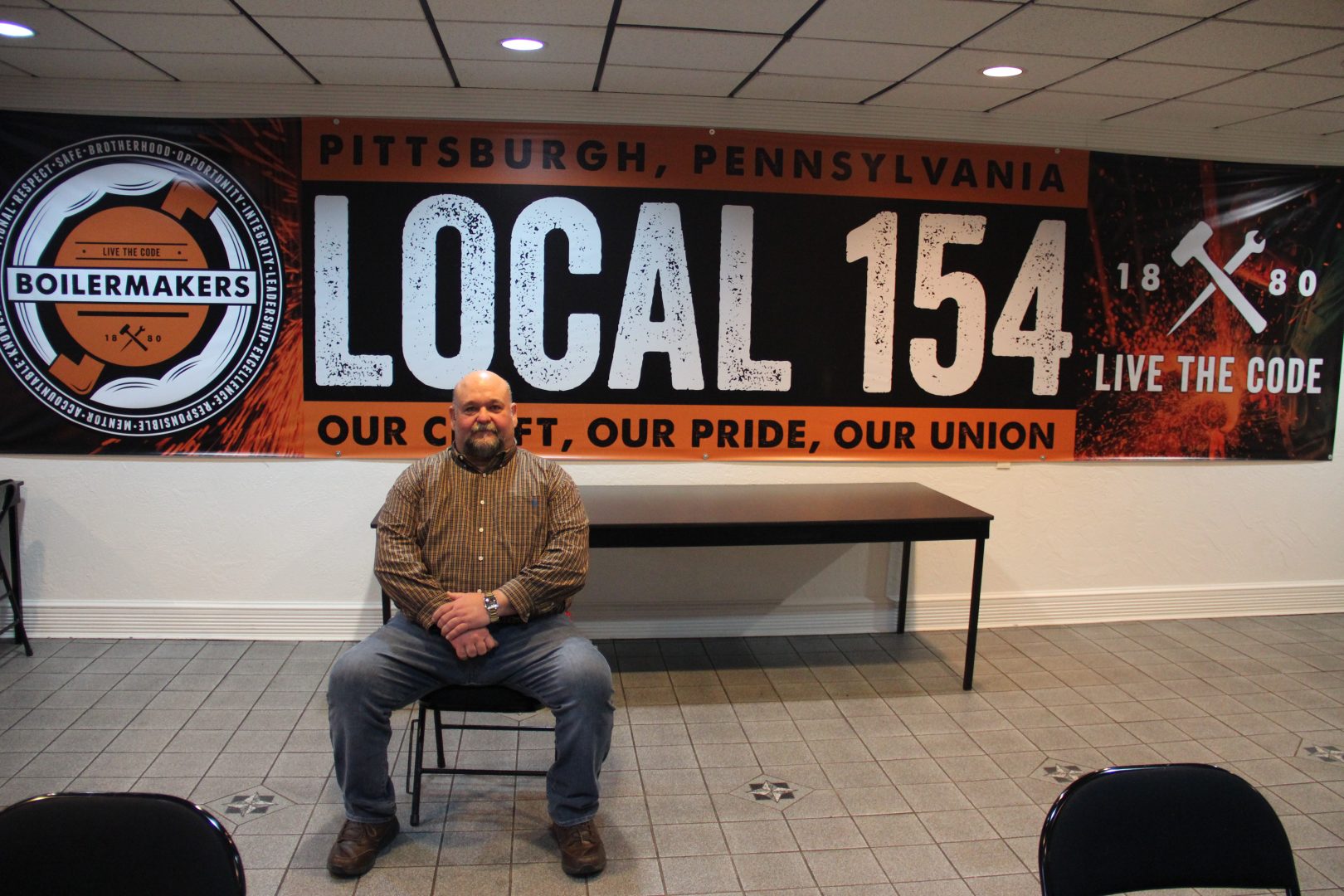 Shawn Steffee is business agent at Boilermakers Local 154 in Pittsburgh.

This story is part of Covering Climate Now, a global journalism collaboration strengthening coverage of the climate story.

President Biden is selling the climate-friendly aspects of his $2 trillion infrastructure plan as a chance to create good-paying union jobs. But at a local branch of one of the country’s oldest unions, there are doubts that dealing with climate change will be good for workers here, in the oil-and-gas state of Pennsylvania.

Boilermakers Local 154 in Pittsburgh builds and maintains coal, natural gas and nuclear power plants. During a recent training session, a handful of members practiced welding behind a thick blue safety curtain, part of preparations to repair and rebuild the boiler in a coal-fired power plant.

“That boiler is 100-some feet high,” said Shawn Steffee, the local’s business agent. “And they go up, way up in that boiler, perform that weld, and then come back down.”

It’s highly skilled work that can pay well, sometimes six figures — the “pinnacle” of blue-collar craftwork, Steffee said. And it’s exactly the kind of job he worries will disappear if Biden’s climate policies speed up the decline of fossil fuels in favor of renewable energy.

If he were to go work in the solar industry, for example, Steffee said he’d be essentially starting over in a new trade, and risk losing some of his pension and other benefits.

“I’m going to throw everything away to go over here, and maybe start as an electrician?” he said. “I don’t know nothing about electrical. I know how to weld. I know how to build power plants.”

For a decade, Pennsylvania and other states have seen jobs in coal disappear as utilities have turned to cheaper natural gas. Now some in these states worry that ambitious climate goals — and cheaper wind and solar — mean oil and gas jobs will be the next to go.

What to do about the country’s 1.6 million fossil fuel workers in a transition to a low-carbon economy is a serious question that policy makers and experts are grappling with.

“Transitions are inherently tricky and complicated and they always create winners and losers,” said Devashree Saha, a clean energy analyst with the nonprofit World Resources Institute.

She said President Biden’s plans to ramp up clean energy could create jobs in fields like electrical work and utilities. 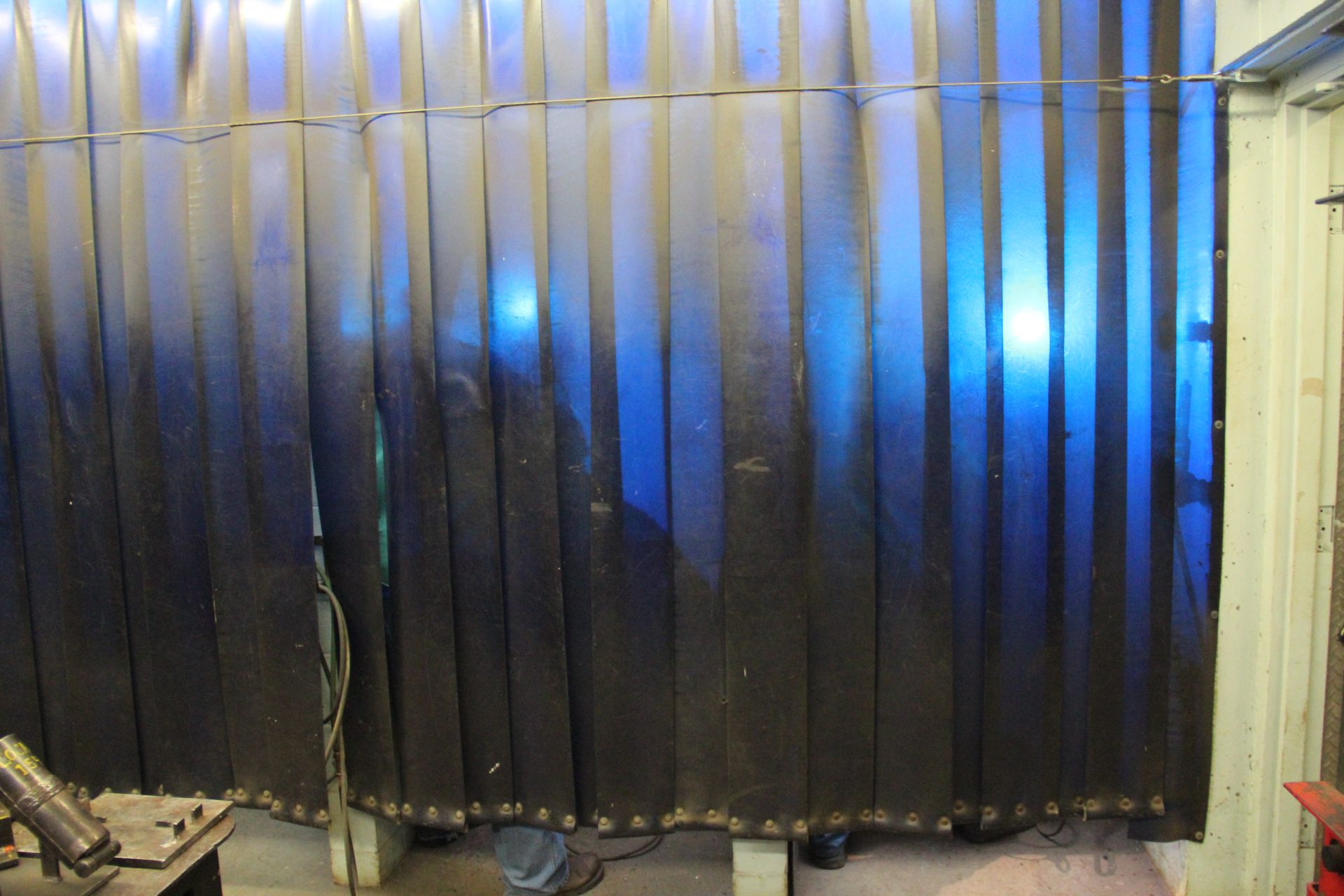 Members of Boilermakers Local 154 in Pittsburgh practice welding behind safety curtains at the union’s training workshop.

The plan calls for $35 billion in clean energy research and development, incentives for wind and solar, and a federal mandate to use more renewable energy. All could fuel a boom in clean energy, but Saha said those jobs won’t necessarily line up for people who work in fossil fuels.

States like Colorado and New Mexico have started programs to deal with this mismatch. The Biden administration has pledged to help with what some call a “just transition.” It’s proposed tax breaks and grants to diversify the economies of fossil fuel dependent states.

But all of Biden’s proposals would have to get Congressional approval.

And even if fossil fuel workers can find work in renewables, those jobs often don’t pay as much. According to one recent report, jobs in renewables pay a median wage of $24 an hour, while fossil fuel jobs pay around $26 an hour.

That’s because many clean energy jobs are with small or new companies, and their workers aren’t unionized. And after they’re built, solar and wind farms don’t need as many workers.

Biden has pledged to get the U.S. to carbon-free electricity by 2035 and carbon-neutral economy-wide by 2050. Scientists say these types of massive reductions in heat-trapping gases are necessary to prevent the worst outcomes of climate change.

But they’re a serious lift, and Biden may face challenges achieving them given the current divided Congress and a conservative Supreme Court.

The boilermakers national union says Biden’s plan is a “realistic” way to phase in renewable energy, which provides 20 percent of the nation’s electricity. But Steffee, the union’s local business agent in Pittsburgh, still sees a quick transition as unlikely.

“If that technology comes in the future. Yes, I probably don’t have a job,” he said, “but right now I just don’t see that happening.”

It’s unclear what this will all mean for young boilermakers like Caleb Marshall. He’s 29 and joined the union four years ago to follow in the footsteps of his father. “I love my dad. I always wanted to be like him. I wanted to make my father proud,” said Marshall, of McKeesport, Pa.

Being in the trade has given him a sense of purpose, he said, and skills he can always use — no matter what happens to the industry.

“That’s what I love about the trade. I’m learning a skill that I can take wherever I go and you learn it forever,” he said. “Skills pay the bills.”

Biden’s plan does have one thing fossil fuel unions have lobbied hard for. It would invest more in carbon capture — which would keep coal and gas plants running without the carbon footprint.

Some environmental groups oppose such spending as a “false solution” that extends our dependence on fossil fuels without making the drastic emission reductions. But it could win over some reluctant union members, and keep them working longer.