"What I hope we do, is we make it so it becomes there is eventually a de facto moratorium because the transition is going to be toward green and renewable energy.” 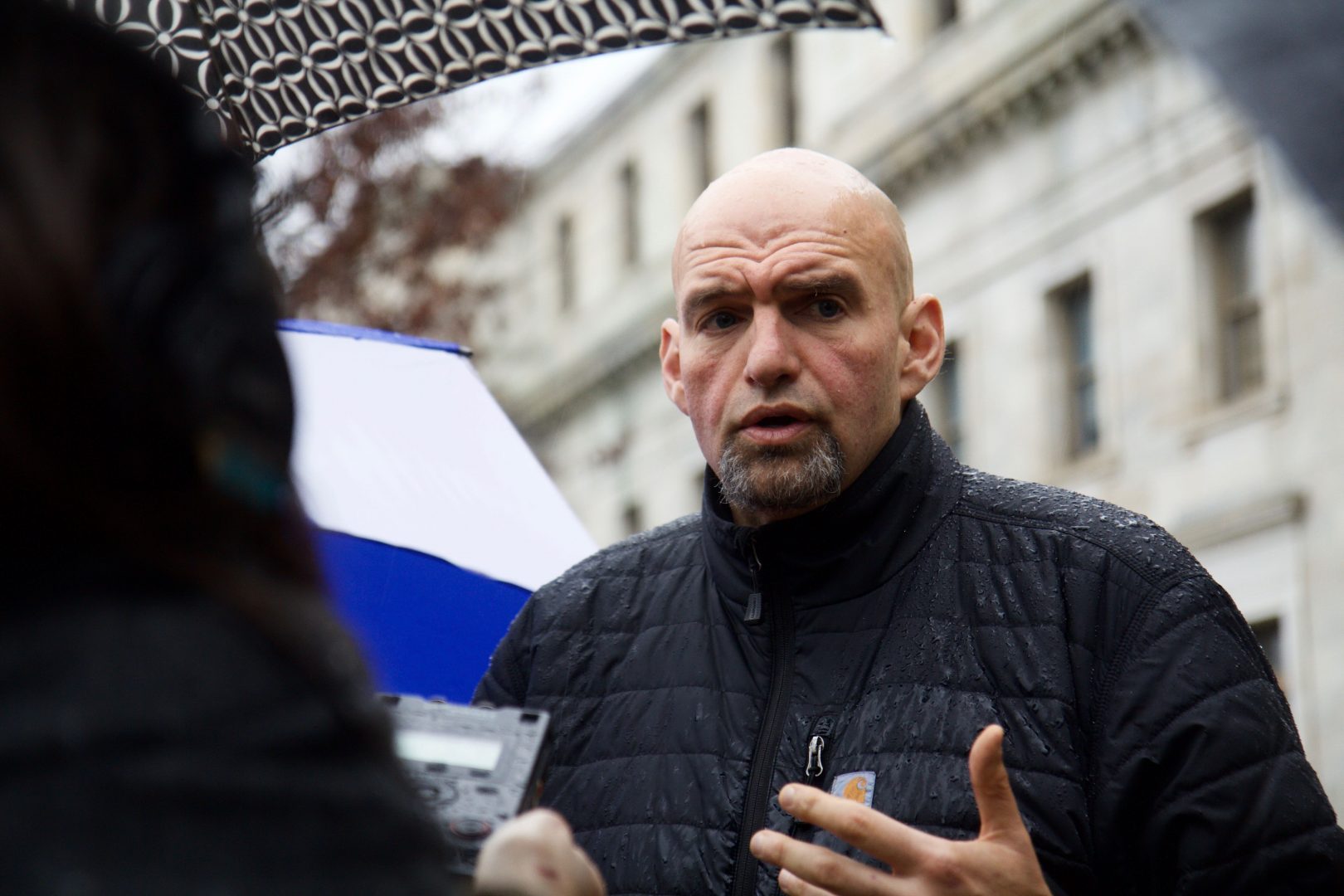 (Pittsburgh) — Pennsylvania Democrats often struggle to stake out a clear position on fracking, and the 2022 Senate race is shaping up to be another case in point.

Environmental groups oppose the natural gas drilling practice, but union supporters say a ban would cost jobs. Lt. Gov. John Fetterman was outspoken on the issue when he first ran for U.S. Senate in 2016, and while some groups say he’s changed his tune since then, his campaign says his position has always been consistent.

‘Where he stands now, I’m not certain’

“I’m absolutely against fracking,” she said.

Jones faced the issue when there was a proposal to drill for natural gas below U.S. Steel’s Edgar Thomson works in Braddock. Jones says the idea was not popular among residents, partly because of the pollution the mill already produces.

“It’s kind of like we’re being taken advantage of at some point,” she said.  “It’s like, ‘How can we trust you to dig in the ground if we can’t trust you with the air sometimes?’”

Fetterman, who preceded her as mayor, lives across the street from the mill, and during his last Senate bid he said that fracking near residential areas was “crazy.” But he later supported fracking at U.S. Steel, because he said it would create good union jobs and “the greenest steel production in the world.”

The project was shelved last year after the company couldn’t get the right permits. But Jones said she’s not sure where Fetterman stands on the practice now.

“I’ve seen that John Fetterman weighed in on the issue of fracking quite a few times,” Jones said. “Where he stands now, I’m not certain.”

Last week, Fetterman told WESA he does not support a ban.

“But what I hope we do, is we make it so that it becomes there is eventually a de facto moratorium because the transition is going to be toward green and renewable energy,” he said.

In a 2016 primary debate, Fetterman said “there’s no such thing as a green fracker” and he supported a moratorium on new fracking in the state. But he also indicated that he would favor easing the moratorium once drillers paid more in taxes and the state implemented the country’s strictest environmental regulations.

But plans to impose a tax have gone nowhere since 2016, thanks to a Republican-controlled state legislature. Drilling advocates say that stricter regulations have been implemented since then, though they’ve successfully challenged some in court. Environmental groups say that while there have been new regulations to address things like methane emissions, there are so many other fracking related problems that current regulations still aren’t sufficient.

“We can’t kid ourselves and buy the line that’s like, ‘Well, it’s cleaner than coal,’” he said. “But we also have to acknowledge the very real fact that there are people in my community that used to get their gas cut off because they couldn’t pay to keep their homes warm.”

“What he’s advocating for is the status quo,” said Sam Bernhardt of Food and Water Watch, a group that wants to ban fracking. “He presents it as an innovative climate change policy but Fetterman just wants to continue fracking.”

Last month, Food and Water Watch accused Fetterman of backing away from his pledge since his last Senate run and asked him to stand up against drilling in communities like Braddock. The group called for Fetterman to support a moratorium on fracking and to work against fossil fuel pipelines in the state.“He’s broken promises to communities and prioritized the interests of corporate polluters over the interest of local communities,” Bernhardt said.

As an example of his commitment to environmental justice, Fetterman points to his work to stop a proposed toll road through Braddock.

“I used the term ‘environmental racism’ back in 2006 and 2007,” he said. “Because you know what, we’re not going to run an interstate through a town that is overwhelmingly Black so you can have a shorter commute to downtown Pittsburgh.”

Still, while environmental groups say a fracking ban is the right thing to do, political strategists say Fetterman’s position is actually a good way to win an election. Mike Mikus is a Democratic political consultant. He worked on the campaign of Katie McGinty, a former state environmental official who supported fracking and who beat Fetterman in the 2016 primary.

“It’s like 60-some percent of Democrats support keeping [fracking] with environmental protections,” Mikus said. “And quite frankly that position is the position of the majority of Pennsylvanians, not just Pennsylvania Democrats.”

But, Mikus also notes that no one knows how a Democrat who supports an outright ban would fare in a statewide general election, since that hasn’t happened yet.

Another Democrat vying for the nomination, state Rep. Malcolm Kenyatta, is also handling the issue cautiously. He said when he launched his campaign in February that he supports a moratorium, but did not provide details on what that meant.

“I believe that the future of energy production and the future of good-paying jobs for Pennsylvanians is going to be in the sustainable jobs that clean energy can produce,” he said. “Good, union jobs.”