Note to nesting songbirds: Study indicates the quiet spot — away from a natural gas compressor — might be better | StateImpact Pennsylvania

Note to nesting songbirds: Study indicates the quiet spot — away from a natural gas compressor — might be better

A study by Penn State researchers found that songbirds nesting near the sound of natural gas compressors had fewer hatched eggs.

Researchers set up 80 bird boxes at Penn State’s Russell E. Larson Agricultural Research Center in Rock Springs in central Pennsylvania, to attract bluebirds and tree swallows. Half were in quiet areas, and half where researchers played audio recordings from a compressor station. They also outfitted the boxes with mini-cameras.

What they found was in some ways surprising.

Penn State Professor Margaret Brittingham said the birds did not favor the quiet boxes. And the number of eggs they laid didn’t vary between the quiet and noisy boxes.

“But what did differ was the proportion of those eggs that hatched, and so you had a lower hatching rate in the noisy boxes than in the quiet boxes,” she said.

The apparent cause? The birds were spending less time on their eggs. 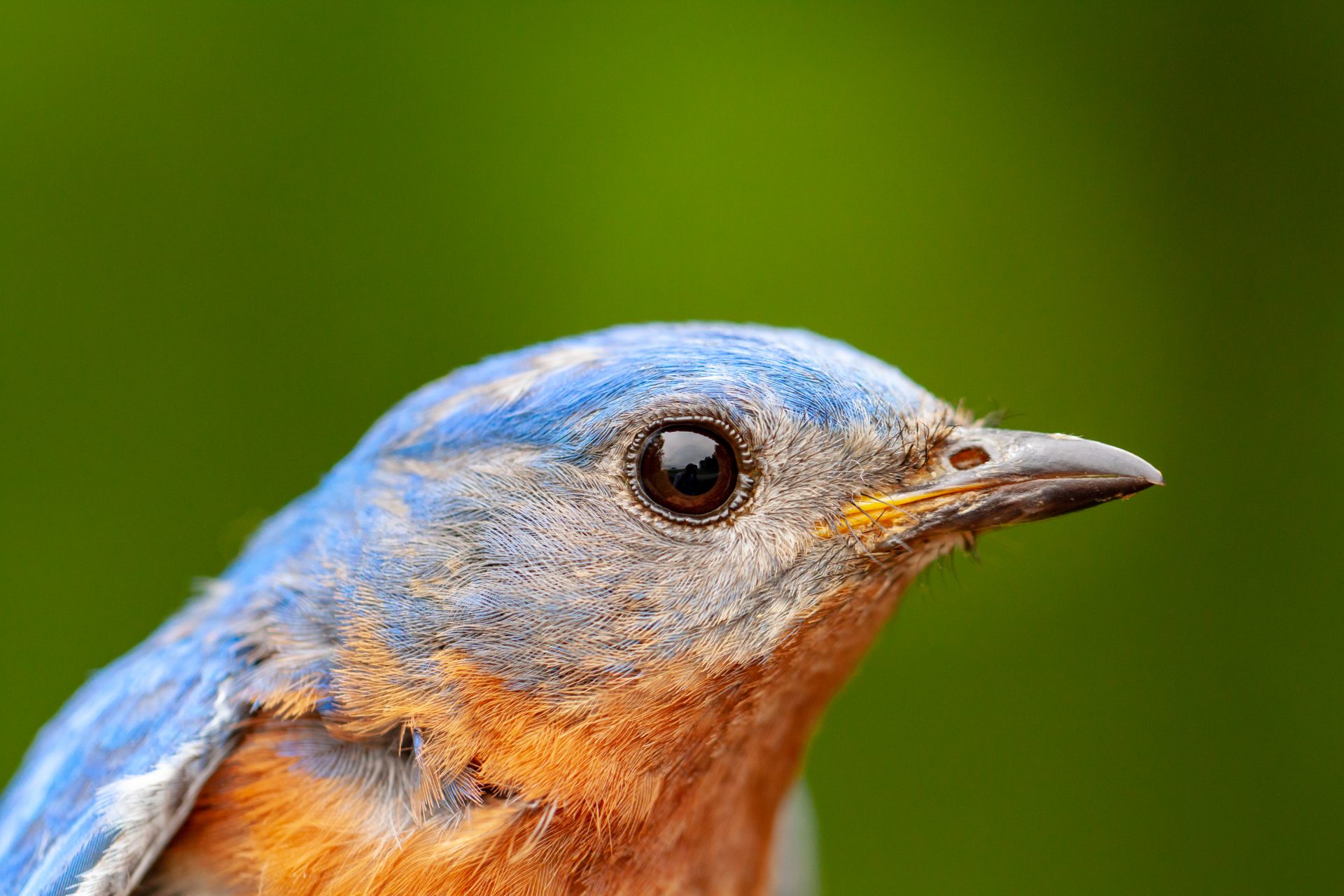 Possible reasons are the bluebirds didn’t like the noise, or the sound affected insect populations in the area.

“So maybe they had to fly farther to get food and are gone longer because of that,” she said.

The study was published in Ornithological Applications.

Brittingham noted there have been other studies on the topic, but it’s been difficult to isolate the impact of the compressor noise. By putting the nesting boxes up at the new site, the researchers said they were able to control for variables, including the habitat destruction at an actual compressor station. The boxes were new, so the birds weren’t returning to a box where they had bred in the past. She said half to two-thirds of the boxes were occupied at any one time.

Brittingham hopes the study highlights the role noise pollution could have on habitat and the steps that can be taken to address it.

She said options for lessening the impact include not building the stations in certain areas, using natural topography to reduce the effects and putting up sound baffles.

Clinton D. Francis, an associate professor at Cal Poly Biological Sciences in San Luis Obispo, California, said the study is important because it adds to the few that have tried to understand how noise pollution influences reproduction. He was not involved in the Penn State study.

“The study is also nice because the authors explored more subtle consequences of noise rather than the often-used metric of nest success, which is whether at least one chick survives to leave the nest,” Francis, who is on sabbatical in Germany, said in an email. “Instead, they found the noise caused fewer eggs to hatch and fewer chicks to survive and leave the nest.”

Francis noted that the findings of the Penn State researchers — they did not see an effect on overall nest success — conflicts with one of the recent studies on which he is a lead author.

That study, he said, “suggested that Eastern Bluebird nest success actually improves with exposure to noise, but this difference could come down to difference in the experimental nature of their study and the correlational study of ours, including the potential for noise at the landscape scale to provide protection from nest predators.” 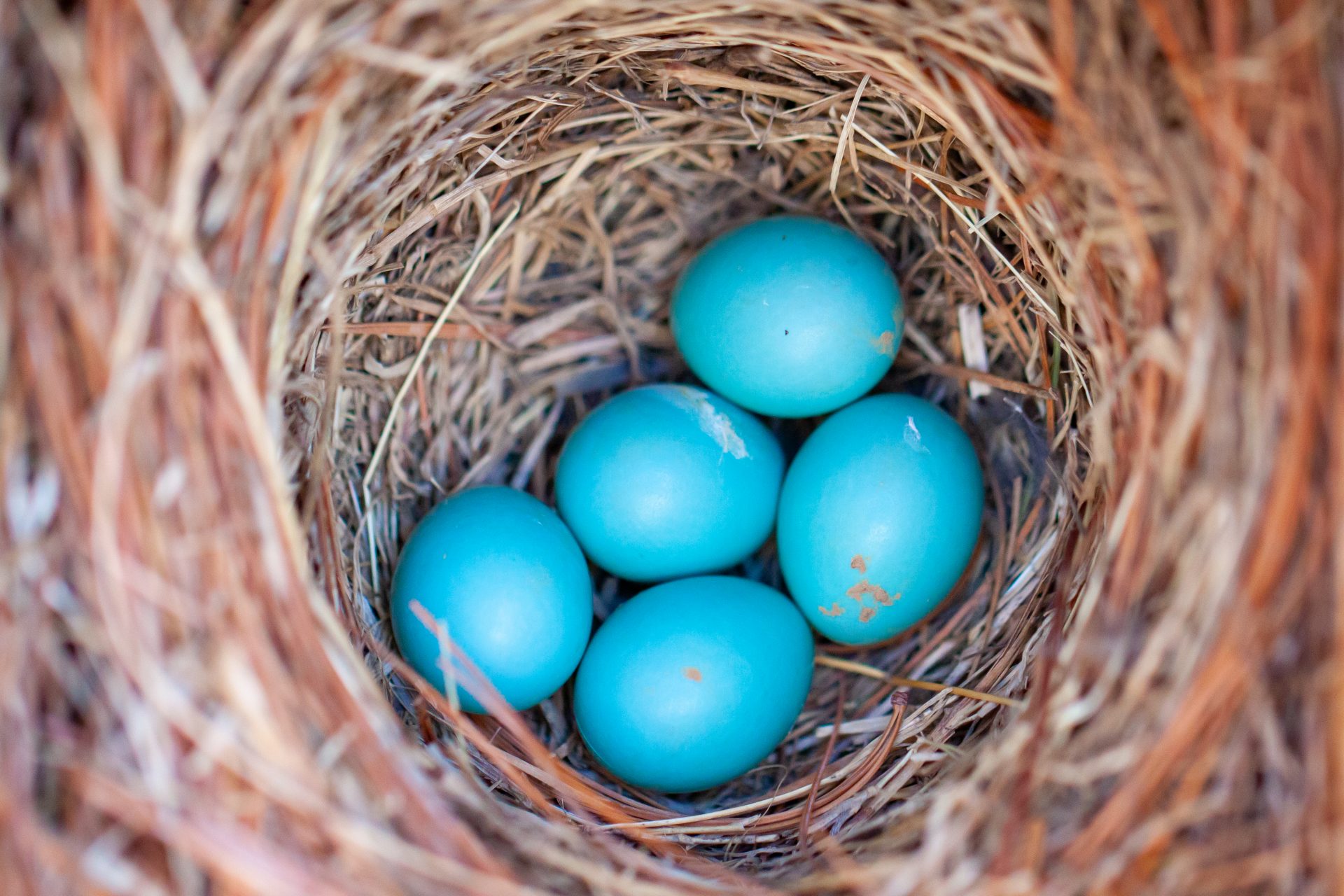 Bluebird eggs in the nest. Penn State researchers studied not only how many eggs songbirds laid, but how many hatched.

Francis said field-based manipulations, like the one done by Penn State researchers, “are very elegant in that they provide a way of helping to control for the influence of all the other variables that typically accompany noise pollution across the landscape, such as changes in vegetation, more humans, exotic species and so forth.”

But, there is also the challenge of reproducing noise pollution at the scale of a natural gas compressor. For example, Francis said, birds could get away from the noise once they left the nest area. That wouldn’t happen with a nest near a real compressor.