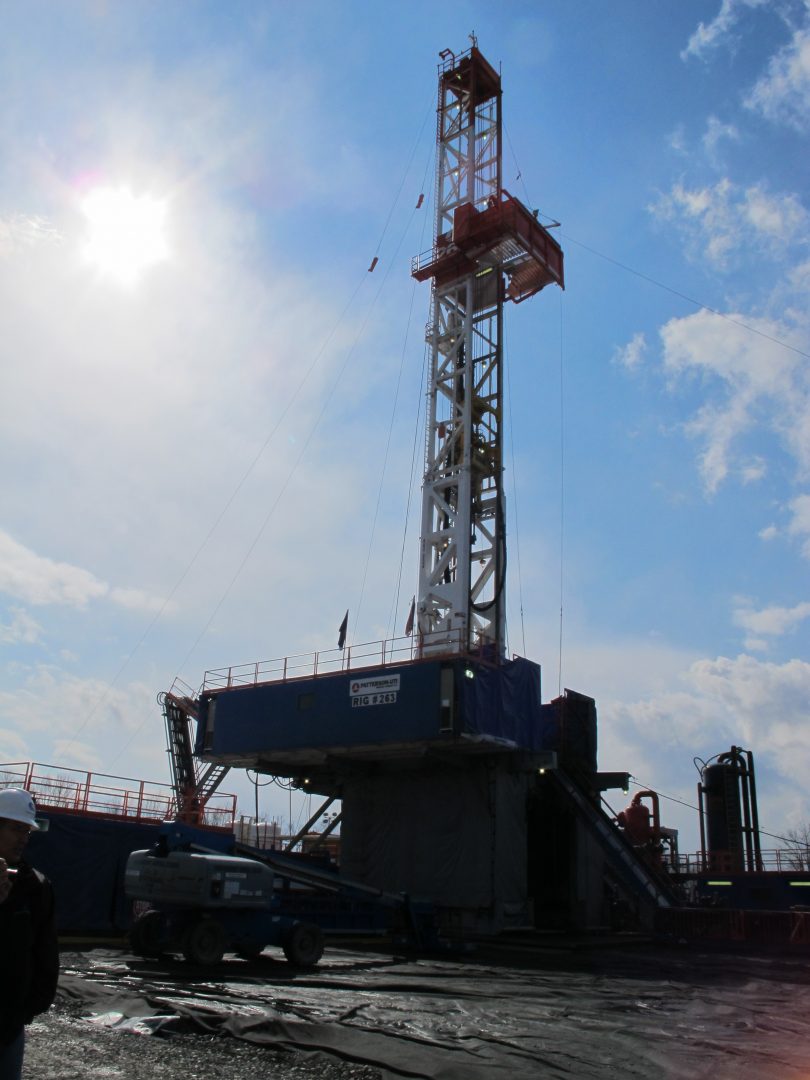 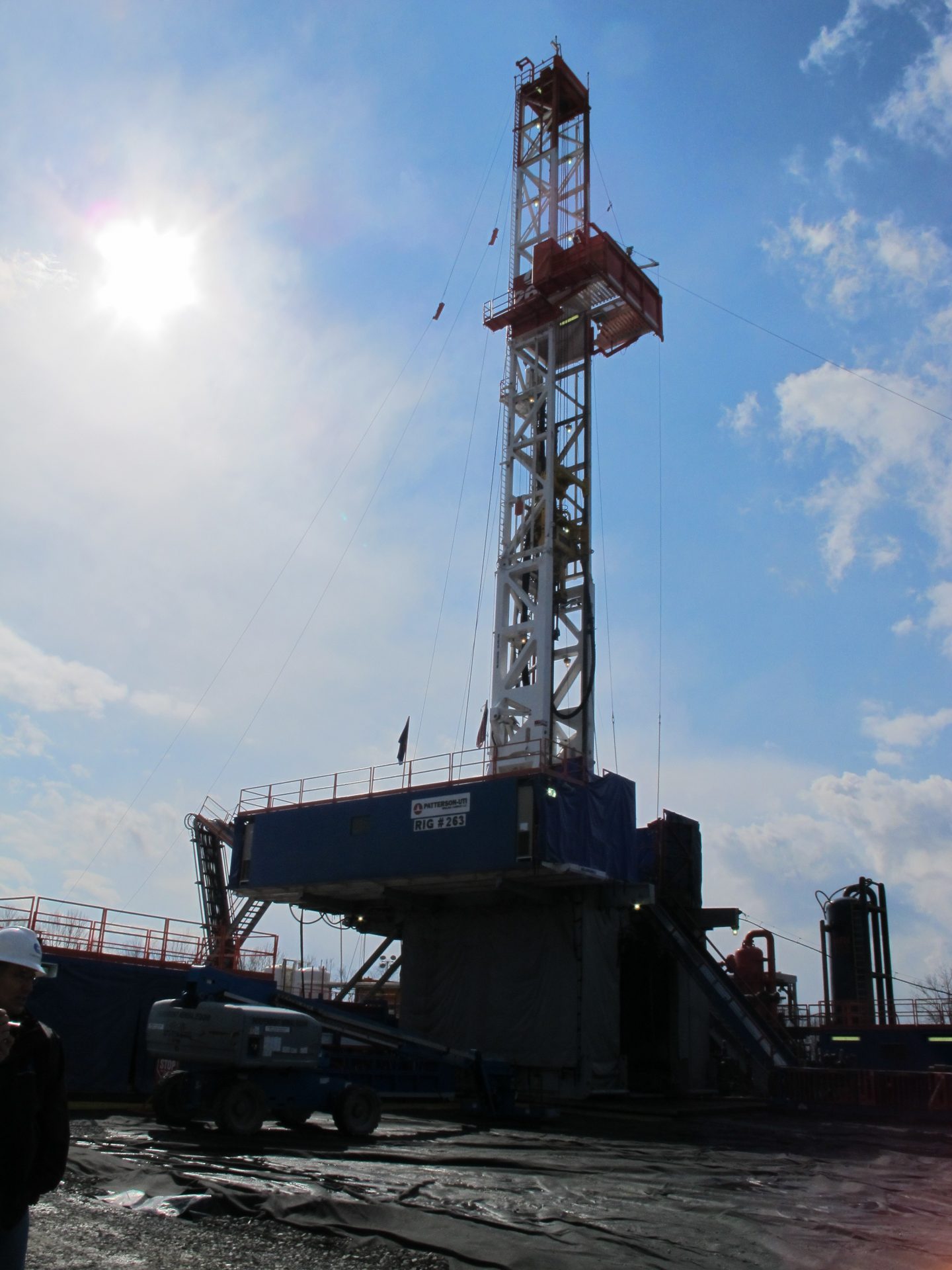 Natural gas extraction has had little economic benefit in eight Pennsylvania counties where production has been most active over the last decade, according to a new report that was immediately dismissed by industry spokespeople.

The report said that economic growth in those areas, as measured by personal income, jobs created, and population, sharply lagged state and national rates, contrasting with the promises from industry that local economies would flourish thanks to the start of fracking for natural gas in the mid-2000s.

Although gross domestic product growth rose strongly in those counties, and exceeded both state and national rates between 2008 and 2019, communities largely failed to reap the benefits, partly because labor, materials and equipment are often sourced elsewhere, said the report, issued earlier this month.

Job growth in the eight counties — Bradford, Greene, Lycoming, Sullivan, Susquehanna, Tioga, Washington, and Wyoming — plus 14 more in Ohio and West Virginia where gas production has been abundant, averaged only 1.7 percent over the period, compared with 10 percent nationwide, according to the report, based on data from the federal Bureau of Labor Statistics and the Bureau of Economic Analysis.

“This extreme disconnect between economic output and local prosperity raises the question of whether the Appalachian natural gas industry is capable of generating or even contributing to broadly shared wellbeing,” the report said. “And, if it is not, should it continue to be the focus of local and regional economic development efforts?”

The report was written by the Ohio River Valley Institute, a think-tank that produces research into ways of moving the region’s economy away from extractive industries, and toward clean energy and more sustainable sources of job growth. It was largely funded by the Heinz Endowments, via the Johnstown-based Community Foundation for the Alleghenies.

The Marcellus Shale Coalition, a trade group representing natural gas producers and affiliated companies in the region, dismissed the report as the work of “activist organizations” that are trying to undermine the economic benefits of the shale industry.

“Our region’s diverse and broad-based energy workforce, and the significant economic, environmental, and climate benefits that clean natural gas continues to deliver for consumers, is without question and supported by on-the-ground experiences in the communities we work [in] and independent data ignored in the report,” said the coalition’s president, David Callahan, in a statement.

‘After the boom’: In 2016, StateImpact Pennsylvania looked how the shale gas boom played out in one Pa. community

The coalition criticized the report’s author, Sean O’Leary, saying he had told the Pittsburgh Post-Gazette that there was “no math going on” in the report.

In an interview with StateImpact Pennsylvania, O’Leary said his comment about math was because the report was based on federal data sources rather than original modeling, and used the data only to calculate percentage changes such as the share of county-level economies represented by the oil and gas industries.

O’Leary who lives in Washington state, grew up in Wheeling, West Virginia, and said he was motivated to write the report by what he sees as the economic stagnation affecting the shale gas-producing region, which he collectively calls “Frackalachia.”

“My primary motivation for taking this on has to do with my concern for my own region, and the economic decline that it has experienced since I was a kid,” he said. “This notion that the natural gas industry could become the basis for economic renewal has been a disaster for the region, and my desperate hope is that by sharing these numbers, we can demonstrate that to policymakers so that they can begin to change strategies.”

O’Leary said it’s very difficult to calculate the number of direct and indirect jobs supported by the gas industry, and said an estimate of 322,600 for “natural gas and oil” published by the American Petroleum Institute in 2015 likely exaggerated the true level. In fact, the state puts the figure at about 26,000 jobs in the oil and gas sector.

The report shows real GDP rose 55 percent from 2008-19 for the eight Pennsylvania counties, exceeding a 43 percent rise in personal income. Employment in the counties rose only 4.5 percent over the period; Washington and Bradford counties reported the biggest increases, but two had gains of less than 1 percent, and three declined.

Still, the report’s conclusions were endorsed by John Quigley, former secretary of Pennsylvania’s Department of Environmental Protection, and now director of the Center for Environment, Energy and Economy at Harrisburg University.

Quigley said the report is one of the first to show that the gas industry’s investments, like aggregate economic growth, don’t necessarily mean communities will get more jobs or that people’s incomes will rise, especially when many local jobs are taken by out-of-state workers – a complaint that some Pennsylvanians have had about the fracking industry since it moved into the state in the mid-2000s.

“The impact of this industry on local economies has been vastly overstated,” he said. “It’s been oversold and used as an excuse not to adequately regulate or enforce environmental and public health regulations.”

After generations of boom and bust from the cycles of extractive industries, Pennsylvanians now have an opportunity to get more sustainable jobs in a national transition to renewable fuels, but that will depend on policymakers’ willingness to act on it, Quigley said. “There’s an enormous opportunity for jobs in the renewable energy industry.”

But API PA, the Pennsylvania affiliate of the American Petroleum Institute, the leading national trade group for the industry, rejected the report as misleading.

“There’s no question that fracking has been a complete game-changer for local economies, supporting hundreds of thousands of jobs across the country and lowering household energy costs, all while driving environmental progress through access to cleaner natural gas,” said Stephanie Catarino Wissman, executive director of the Pennsylvania trade group. “This misleading report reflects a fundamental misunderstanding of how our industry benefits all sectors of the economy.”

The industry’s ability to support local communities is hindered by the continued low price of natural gas, noted Stephen Herzenberg, executive director of Keystone Research Institute, a Harrisburg-based think tank. Amid plentiful supply, natural gas futures in New York have remained below $5 per million British thermal units for most of the last decade, and are well below their peak around $15 in the mid-2000s.

“At times, the industry has created wealth,” Herzenberg said. “But it hasn’t delivered the goods to the people and the workers in these counties.”

State parks opening more campsites to pets, after surge of people visited in 2020