With solar on the rise in Pa., some worry the panels will be harmful. Scientists say most fears have been disproven | StateImpact Pennsylvania Skip Navigation

More than 200 solar projects planned for Pennsylvania were added to the regional electric grid’s New Services Queue in 2020. 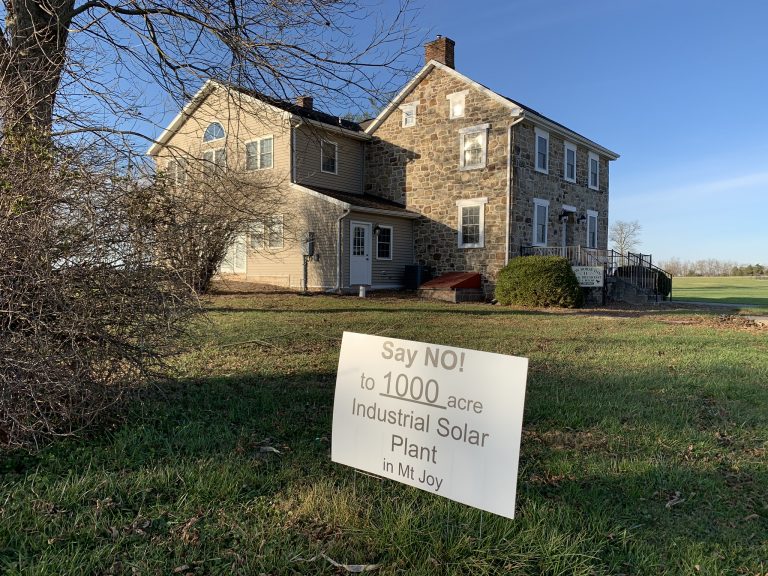 Solar sounds scary to people in Adams County who don’t want to see a proposed project built in their neighborhood.

Todd McCauslin, who leads a group opposing the Brookview solar project from Florida-based NextEra Energy Resources, has spent the last year trying to research the impacts.

What he’s found has him worried that the 500 acres of solar panels will destroy local ecosystems, raise area temperatures, and that heavy metals in the solar panels will leach out and contaminate the soil and water.

These concerns aren’t unique to McCauslin or Mount Joy Township.

Dan Brockett, an educator with Penn State Extension, has been getting calls from people all across the state, who are alarmed at the idea of living next to fields full of solar panels.

“Some people have even expressed health concerns for themselves, for their pets, for their livestock, those types of things,” he said.

More than 200 solar projects planned for Pennsylvania were added to the regional electric grid’s New Services Queue in 2020. Analysts say it’s driven by the low price of solar panels and signals from companies, institutions, and governments that the world is moving to clean energy.

Many of the projects are planned for rural areas that haven’t traditionally hosted energy generation, and now residents have to decide how to handle them.

It’s happening outside Pennsylvania, too. For someone looking for evidence that solar panels are toxic, the first page of a Google search will bring up several stories that seem to confirm those fears. Mixed with credible articles and government resources are ones that stem from disinformation put out by self-titled experts and think tanks that are tied to fossil fuel interests and climate science deniers. 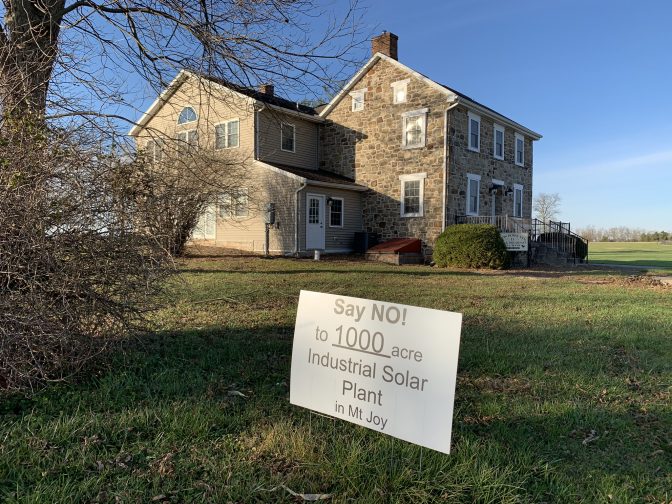 The claims have largely been disproven, said Jordan Macknick, the lead energy-water-land analyst at the National Renewable Energy Laboratory in Colorado.

“There’s been a challenge. The outcomes of these studies are not as well known as the initial fears or the initial concerns that people have,” he said.

Though solar panels do contain some toxic materials — similar to the ones found in smartphones and computers — they are sealed, and Macknick said it’s nearly impossible to get them out.

He cited studies that have attempted, but failed, to release the metals through burning — usually one of the most effective ways to separate materials.

“The chemical bonds are not going to be broken by the temperatures you can reach in fires,” Macknick said.

Macknick and his colleagues study environmental impacts of solar facilities at 25 sites across the country, and they’ve found that certain practices can actually improve soil and water quality around the panels.

Though solar arrays can create a heat island, Macknick says the effect is contained to the panels’ immediate surroundings — within 100 feet. With the right plant life, a cooler microclimate can result under the panels. That helps support plants that are good for pollinators and other insects that benefit agriculture.

Some solar projects are positioning themselves as a natural partner to traditional farming, by promoting bee-keeping, pollinator gardens, and sheep grazing among the panels.

But there is a wide spectrum of solar projects. Some are designed to create co-benefits, such as pollinator habitat.

“And there’s also ways that you can develop solar energy in ways that are perhaps only producing benefits like low carbon energy, but perhaps they come with these negative trade-offs,” said Rebecca Hernandez, a professor of ecology and Earth system science at the University of California Davis who studies how solar energy interacts with the environment.

She said it’s very unlikely ecosystems will recover from such activity.

McCauslin and others in Mount Joy Township are expecting a similar fate for the farm fields that surround their homes. NextEra has noted the project’s design won’t be final until after the company secures a conditional use permit from the township.

In Pennsylvania, solar developers seem to be mainly attracted to farmland, though Dan Brockett, the Penn State Extension educator, said he’s heard of a few that have proposed clearing some forested areas in northern parts of the state.

Hernandez said we don’t have to make a trade off between the environment and the climate if solar projects are built in already-developed areas.

Brockett noted every kind of energy generation comes with an impact.

“I heard someone say a long time ago we would all like to have cheap plentiful energy, just please don’t produce it anywhere where I can see it, hear it, smell it,” he said. “The trick is finding that right spot where everyone’s going to be happy.”

Climate scientist Michael Mann: U.S. is in position to be a leader on climate change