A 'practical environmentalist' has experience dealing with state agencies 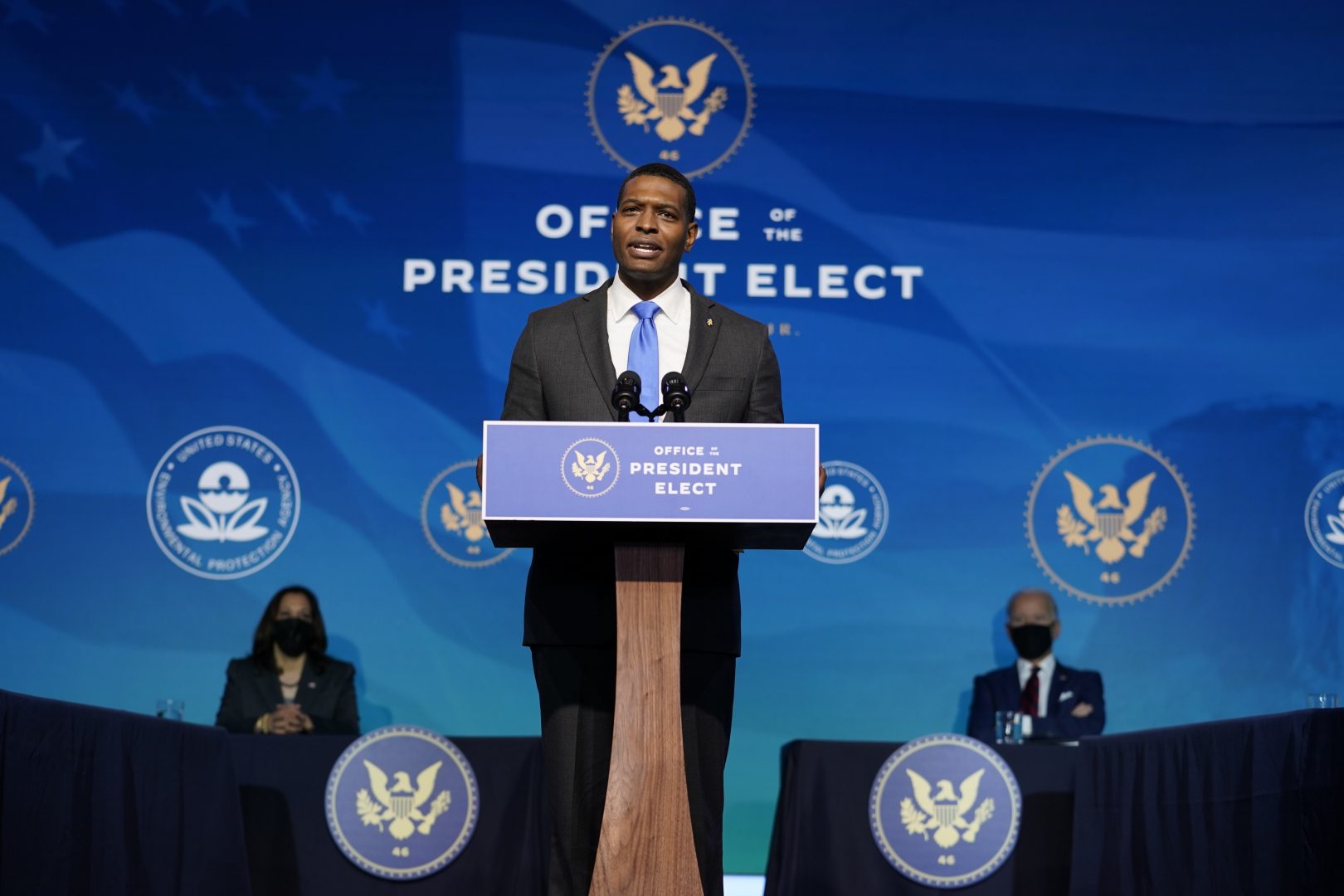 If confirmed, Regan would be the first black man to head the EPA. A native of North Carolina, he worked in the Clinton and George W. Bush administrations before becoming the head of North Carolina’s Department of Environmental Quality in 2017. At that job, he worked on climate change, coal ash, and environmental justice issues.

Joe Minott, executive director of the Philadelphia-based Clean Air Council, says he thinks Regan was a good choice to lead the agency given the Biden administration’s focus on addressing climate and environmental racism.

“I think we will find in the new (EPA) administrator, someone that believes in the science, believes in regulating (with) the science, is sensitive to low income communities of color that are most impacted by pollution,” Minott said. “I think he will work very well with states like Pennsylvania to help him move forward in a timely manner to address their air pollution and climate change issues.

Minott says Regan’s experience as a regulator in North Carolina will help in his dealing with states like Pennsylvania, which is trying to lower its greenhouse gas emissions.

“Since he comes from the states…I think he will be sensitive to concerns that states have been having about meeting mandates from the federal government.”

Biden has stressed he wants the federal government to address climate change and issues of environmental justice. Scientists say we need to move quickly to lower emissions or risk the worst effects of climate change. During the presidential campaign, Biden proposed a $2 trillion plan to make the economy carbon-free by 2050.

Regan worked in the George W. Bush administration’s EPA as special assistant to Jeff Holmstead, who was assistant administrator in the agency’s Office of Air Pollution.

Holmstead, who is now a partner at the Washington, D.C. law firm Bracewell, remembered Regan as being “very bright, hard working and personable.” Holmstead said Regan’s work in North Carolina, where he had to work with a GOP legislature and led negotiations with Duke Energy on the largest coal ash cleanup in history, show a pragmatic streak.

“He is obviously an environmentalist, but I think he is also practical,” Holmstead said. “So I think he’s probably ideally suited for a job like this.”

Julie Greenberg, of the Philadelphia-based group POWER Interfaith, which focuses on racial and environmental justice, said having an African-American at the top of the EPA would be an asset for the agency.

“It’s important to have leaders who have experienced racism and who have been impacted by economic inequality,” Greenberg said. “I think people from different backgrounds carry different knowledge and we need that knowledge.”

If confirmed, Regan would join a cabinet with several high profile appointees with climate change at or near their core mission:

Mitch Bernard, Natural Resources Defense Council’s executive director, said in a statement Regan was “a visionary who listens to people, puts their health and well-being first, and centers environmental justice. He is a stellar choice to carry out President-elect Biden’s ambitious agenda to combat climate change. Regan will guide an agency that must quickly return to its core mission.”

Regan will have his work cut out for him–the Trump administration has rolled back more than 100 environmental rules.

American Petroleum Institute President and CEO Mike Sommers said in a statement the group was “ready to work with the President-elect’s nominees once confirmed to tackle the challenge of climate change by building on America’s progress in delivering affordable and reliable energy while reducing greenhouse gas emissions.”

Sommers said the group would be watching the administration closely “to ensure that the incoming administration keeps President-elect Biden’s campaign promises to the energy workforce and protects the millions of jobs supported by our industry in states like New Mexico, Ohio, Pennsylvania and across the country.”

During his presidential campaign, Biden repeatedly said he did not support a ban on fracking on private land, where most oil and gas drilling in the U.S., and Pennsylvania, takes place, though he also said he’d be in favor of phasing out fossil fuels in the long run.

Penn State looking to grow its role as an 'Energy University'